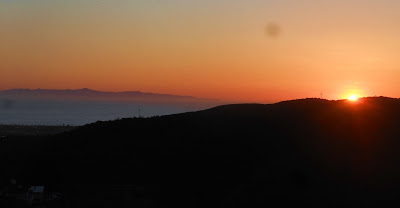 Sunset from above Arroyo Verde 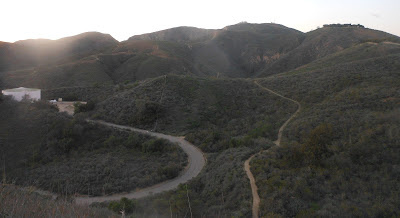 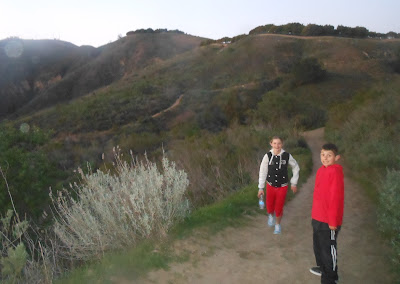 Monday, Tuesday and Thursdays were all retracing footsteps in Arroyo Verde.  I normally don't take pictures here but since the whole family and dogs were on the trail, I said why not.  We normally do not all travel as a pack.  Unfortunately, I was using my old camera and the pictures did not turn out so well.

On Wednesday I stumbled alone on some new footsteps in the park.  Let's put it this way, next time I'll bring my machete.  Sammi often goes off track and this time, without the kids, I chose to follow her.  We pushed our way through some weeds in the far back by the horse shoe area but was unsuccessful in trying to merge with another trail.  The hills are steep and the overgrown chaparral is unforgiving...
Posted by Jeremy Jacobus at 7:04 PM