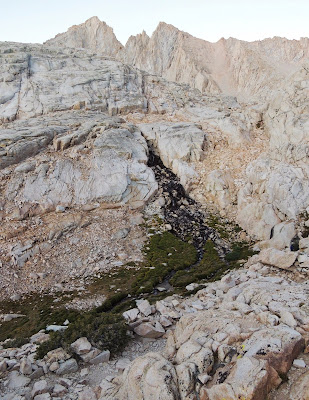 We reached the summit at about 12:30 and hung out there for nearly an hour.  We signed into the log book, ate some snacks and took some naps.  But, it's not over yet.  We still have to trek all the way back.  Stay tuned for the completion...
Posted by Jeremy Jacobus at 9:19 PM