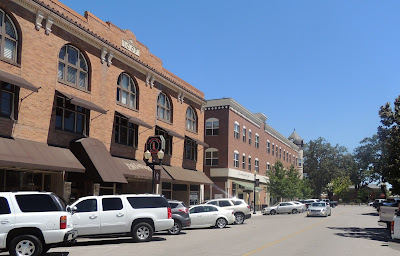 Before I elaborate on the next hike I'd like to share my experience of the day.  A complete stranger offered a kid in a stroller a lolly pop.  He paid 25 cents for the candy and handed it to the kid.  The mother of the child put up a fit - yo, I get it.  Always ask the parent, duh, but don't punish the good gesture.

They took the argument outside and I proceeded next in line to buy lottery tickets.  Come to find out it was too late to play lottery for today and since I dont normally play anyway, I walked out without a purchase.

Outside, the girlfriend of the guy who offered the sucker to the kid grasped the mother by her hair and was relentlessly upper cutting her in the nose.  As her forehead was being slammed into the building post, I stepped right up into the fight and yelled, "Hey, hey, hey!!!"

At that point, the boyfriend pulled his lady off the girl and the pummeling subsided.  However, the stupid mother of the kid yelled back, "at least I didn't pee my pants!"

Okay, whatever lady.  You just got your ass beat and your nose was dripping blood like a leaky faucet.  Meanwhile, my 9 & 12 year old had a front seat view as they watched the action from my parked car.  Alyssa confirmed that the mother of the kid actually slapped the other lady in the face first and then that lady retaliated and straight up whipped her ass!

Yo, sorry for the vulgarity, but it is what it is.  Fortunately I stepped in and stopped all this madness.  Maybe the old me, before kids, would have antagonized the braul at the highest level but today, not the case.

A bit later, we drove down to the 99 cent store to buy Alyssa a soda.  The mother who got beat was on the phone with the police complaining of how she was just attacked and could barely stand.  It was true that she was loosing a lot of blood from her nose.  I do understand her point, ask the parent.  But she handled this all the wrong way, obviously, she got beat!

I don't get it.  Grown adults acting all ghetto like we're still in high school.  Foolish people.  Grow up.  Really?  Ah, then finally we went back to Pizza Hut to pick up our pizza.  Two sophisticated males were talking about firearms and the class they had to take to purchase their equipment.  My goodness...

Look, I know we dont live in Utopia and I truly understand that our childhood did not go as well as we would have liked, hence the reason why most adults are idiots, yeah, me included.  But the fact is, we are adults and we have responsibility.  Let's just be good, think right and freaken deal with it!  Really people, it's all good.  Ya know, no big deal.  Pour back a cold one if you need to; at least that's legal.

So there it is... I'm working hard as normal, watching these kids, managing life, hiking for sanity and trying to update my blog - so let's talk about an earthquake... 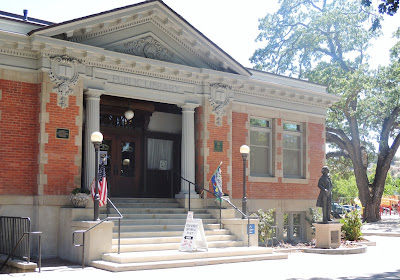 After our long boat ride in Nacimiento, Ayden and I were searching for a spot to relax and eat.  The closest town was Paso Robles.  I remember feeling my very first California Earthquake nearly a decade ago.  It was epicentered in Paso Robles.  Over 100 miles away in Ventura, it felt like I was surfing a wave.  Honestly, it was pretty cool and I'm disappointed that I have not experienced more earth shakers since living out here.

Anyhow, Paso Robles was comepletely destroyed.  I believe it was Clinton, maybe Bush, who ruled the town was a State of Emergency.  Nowadays, the town looks charming, clean -- but so damn hot out here!  I wasn't expecting that so much being north.  Guess that's how it is over here; hot and irritable.

The locals in town were cool and smooth much like S.L.O., just much less populated.  We ate at some Irish pub and enjoyed the pit stop.  Here are some pics of the hike around... 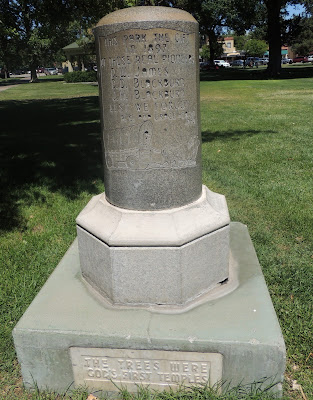 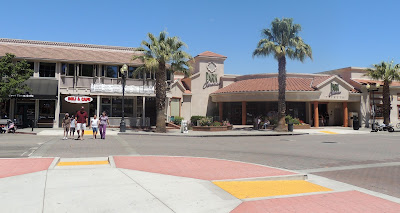 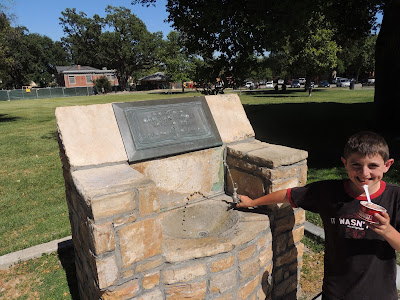 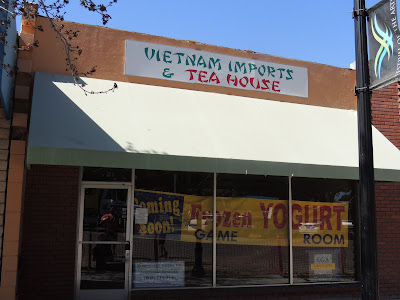 Hmm, looks like ForYo coming to Paso Robles. Guess Chill Out will not be expanding out here.  Unlike SLO, dont think this town could support two Fro Yo shops...

I was disappointed because there was no visible memorial of the earthquake anywhere downtown.  Unless I missed something, it seems that the city rebuilt with Fed money and forgot to honor the past.  Looks like the town is fortunate from the quake.  All the downtown businesses look clean and modern.  I remember seeing this on the news after the destruction and the town was completely devastated,

Ahh, anyhow, back to hiking in a moment.  I'm listening to good old Eric B & Rakim, Nice & Smooth and many other random early 90's rap.  I'm lifting weights.. ugh, kids just let the dogs up.. Gotta run, no spell check, no edit, but more hiking next...
Posted by Jeremy Jacobus at 9:03 PM