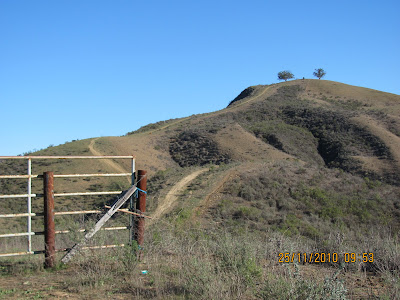 Happy Thanksgiving!  No day off on the holiday for me!
Click Here to try the New Cash Cache Adventure Game


YouTube Video of Two Tree Hike
Directions:
From the 101 Freeway in Ventura exit at Victoria.  Drive north, pass all the shopping, past the 126 Freeway and then turn left on Foothill, which is at the top of the hill.  Drive along Foothill and pass the light at Day Drive, which is Arroyo Verde Park.  Keep going and after another mile, look on the right for Hilltop.  Turn right on Hilltop and follow the road up the hill where it becomes Breakers Dr.  On the left across from Whitecap is the trail head (no trespassing).  Don't be stubborn, like my wife :), and think you'll find the trail at the top of the street.  The gate is locked and you will be running back: 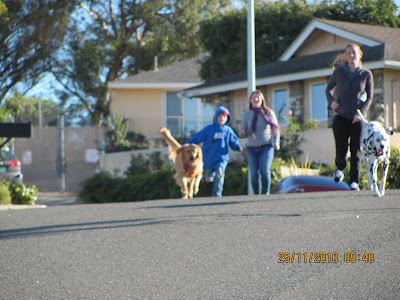 Acrross from Whitecap, walk to the edge of the hill and follow the narrow trail: 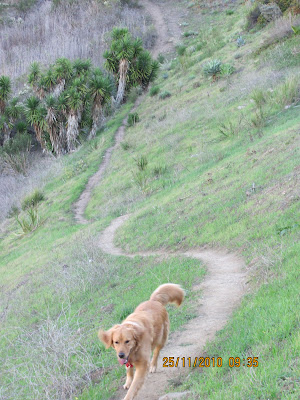 When you reach the barbwire, follow it down to the left for a moment and there will be an opening.  Hike back up and you will be on a road known as Barlow Canyon.  The road is wide and easy to follow but it is relatively steep.  The views looking back are amazing: Before you know it, you're at the top.  Look at for the cows!! 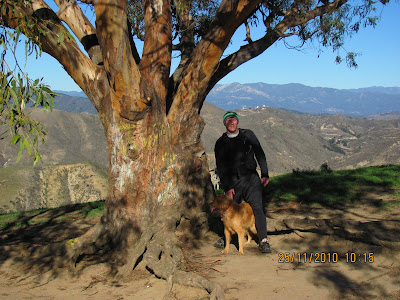 Beyond the manure - The Santa Monica Mountains 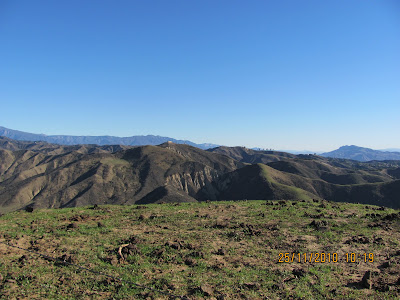 Another Manure field and hills forever...
If you watched the video, you now understand Sami's admiration for cow poo.  Yuk!  Well, the women, children and grandma Domino went back down the easy way to the car.  As for me, I'll be crossing the hills to find my way home with Sammi: Down and up and then down and up, my house is a few canyons over.  With no clear way to go, Sami Naturally led me back toward civilization.  However, the closer we got to the street, the more apparent it was that we were not going to be able to reach our destination.  We were forced to break our way through wicked brush, which just happened to be on a gnarly decline.  Eventually, we broke out of the scratchy overgrown shrub but the road we found was protected by cows.  So we traveled even closer to Foothill, but found the source of all the cows.  I wasn't about to cross the residential property and even if I did, I wouldn't have had a leash to walk Sami on the main road.  U-Turn!  Back the other way and eventually, no bull, BULL!!!! 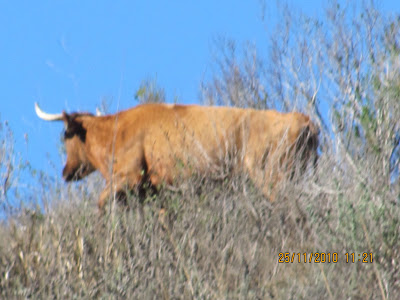 Good thing Domino wasn't with us.  If you viewed the video, you witnessed how she was not hesitant in approaching a large cow.  When I did get back home, my wife said she encountered that same cow again and went toe to toe with it.  I guess the cow pushed her and rolled her down in a couple of somersaults.  She is ok, but her fate may not have been so pleasant with this beast.
Sami and I passed baby calves and larger cows, to a point where I did not feel safe moving forward.  I eventually turned back toward the farm and found an alternate route up and around.  Here are a few more pics of the trip: 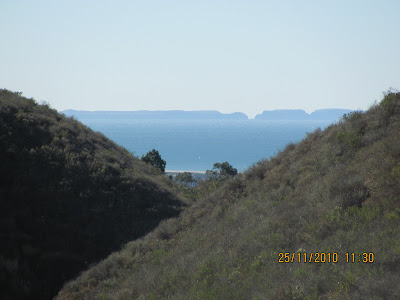 Made it to Arroyo Verde Park 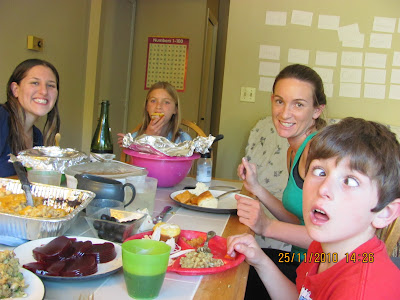 
After a long night of delivering the Thanksgiving newspaper, there is no rest.  It is dawn, frigid cold and kickoff is only a few hours away.  I layer on my clothes while Scott tapes up his ankles and wrists.  After he applies the dark stuff under his eyes, we both lace up the Nike Sharks.  To finalize our wardrobe, we each become one with our Newmans.

After a fresh coat from the night before, the field we selected was nearly a foot deep of the white fluffy stuff.  This is better than the frozen tundra as it had been like in many years past.  The soft coat is much welcomed on every play taken to the ground, but in those frozen games, the crystal glazed sharpness is soon forgotten because you are in the zone and all you can do is play.
Picking up the action from being down 7 to 5, I had already charlie horsed both of my calf muscles.  Nevertheless, I would never sit.  I'm on defense and the pass was thrown to Smiley.  His step brother played for the Detroit Lions Semi-Pro Team, but Smiley was not as talented.  Moreover, I was there to make the play.  He was in the open filed and I swore I smiled at him before it happened.  It all happened so fast but I felt like Flash Gordon whereas everything around me was in slow motion for that moment.  I saw the fret on his face by my mere presence.  I don't know if he knew how crippled I was, but I played the move as if nothing was hampering me.  But I took that next step, a thrust, and my legs locked up.  I pushed with all my might towards Smiley, and then everything sped back up to normal speed.  It was a square, solid shot and Smiley went flying.  So did the ball.  I'm on my back, quick to my butt with hands reached out to my legs.  It was Scott that came in over the top and swooped up the fumble.  Smiley was still tumbling and eventually disappeared from sight.
This was the turnaround we needed, but I could not point my toes up.  "Michagin", I yelled!  The newbie dressed in a Michigan jacket from the opposing team was the closest nearby.  I landed down to my rescue by forcing my toes forward and then a popping cracking sound echoed out loud.  My calf was back in order!

I took snap for the next several series.  I usually like being the short yardage back or slot receiver, but running was not an option.  Hobbling in shotgun formation, the blitz was on.  I looked deep left and could only see the 6'3" blond haired guy running a go pattern.  I launched the ball and noticed the streak between he and I.  In reality, he was surrounded by several, but Scott met the ball at the highest point and reeled it in.  First Down!

We scored on that drive and finished the game strong with a 10-8 victory.  This marked 10 straight Turkey Bowl wins for Scott and I.  Over the last 20 years, half of them I have played hardcore tackle backyard football.  However, I have not played this game in 10 years.  This was the last game, other than one other a few months later, that I have ever played.

...I could write a book about my backyard ball experiences, but back to the show.  This is a blog about hiking but I wrote this because it is Thanksgiving and I did wake up early, to butter a turkey :)  On that cold day 10 years ago, Domino chased a duck over a frozen pond and broke the ice.  She was stuck but due to a miraculous rescue effort, she was saved.  Her encounter with a cow 10 years later seems fitting - my girl's always finding herself in a jam, but she's full of life!