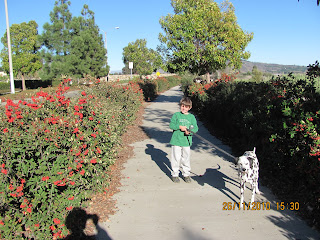 Black Friday; we were up at dawn and shopping we went.  Fortunately, we only went to Target and called it a day :).  I took a rare late morning nap and then put up Christmas lights.  After a heaping helping of left over Turkey Day weight gainer, I set off on this adventure.
I wasn't sure what I was going to do today, but being extremely tired, I wanted to stay close to home.  I researched parks in the city of Ventura and found one called "Linear Park".  The picture above is basically the park.  There is a playground at the other end of this path (trail).  The definition of a linear park is simply a park that is much longer than it is wide.  These parks are commonly placed along stream beds, this one being no exception.  In fact, when I viewed out on the google map, I found several more southwest from this point, so we traveled northeast of course.
From the 101 Freeway in Ventura, exit at Johnson and drive North to Bristol.  Turn right on Bristol and just keep going.  This turns into North Bank and drive to the very end.  As soon as you see the sign that says "Road End", park on the side street and begin the journey.  Basically, we are walking along the widest river in Ventura County.  It's a dry river, but if mother nature has its way for a few days in a row, this crevice in the earth becomes a funnel to the ocean.  I've seen the river fill up from bank to bank (nearly a half mile wide). 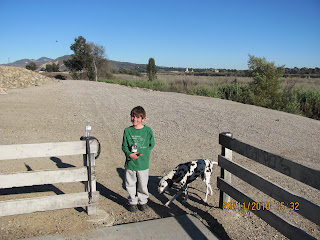 The stars of today's show is my son Ayden and crazy barking dog Domino.  Sami is taking a day off, Alyssa is at her dad's and Jess decided to run 6 miles at Kimball. 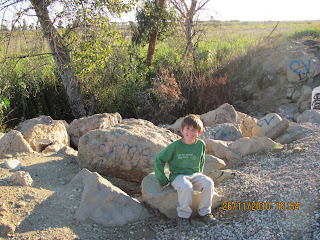 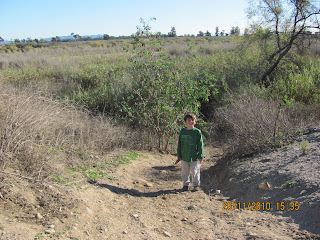 Then head down into it 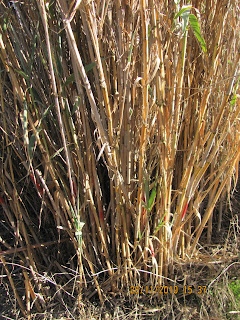 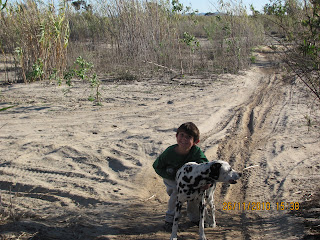 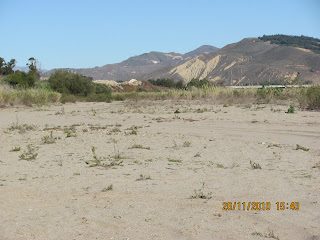 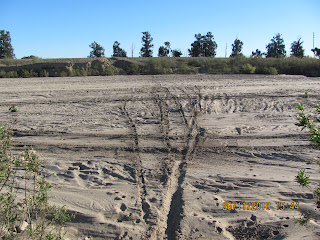 And one final cross.
Now that we got across the darn riverbed, we began are trek northeast.  From the many numerous amounts of tracks, this was obviously an ATV special hangout.  We didn't see any or anyone for that matter during our hour+ endeavor.  The ground was sandy soft so although we only climbed, maybe 50 feet in elevation, every step was a challenge.  There were moments when the ground was sun hardened or rocky and our toes naturally accelerated on those steps. 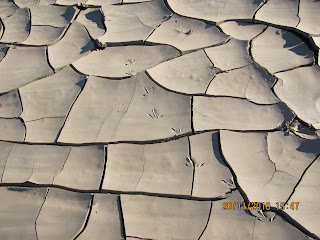 Can you name those bird prints? 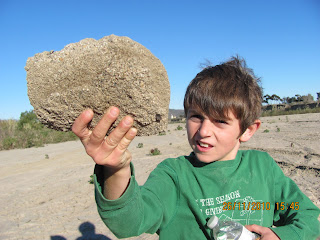 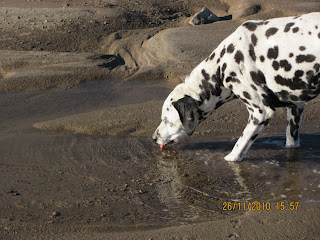 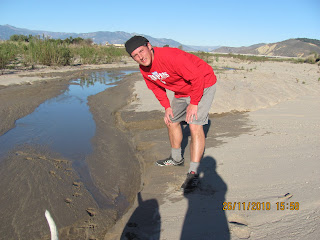 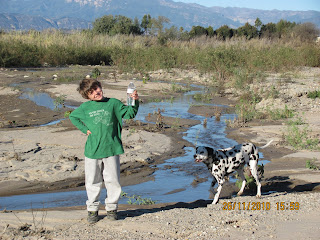 Domino would rather drink Ayden's water 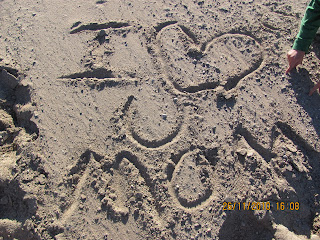 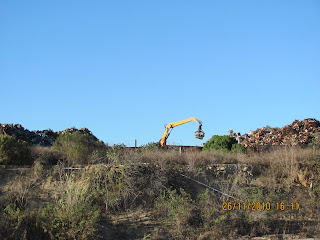 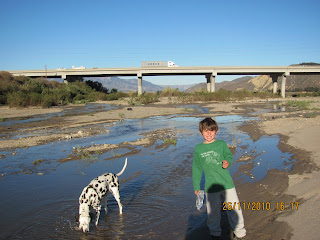 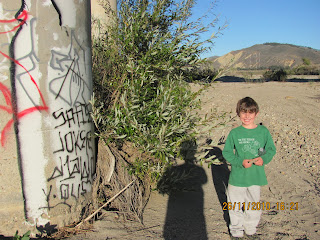 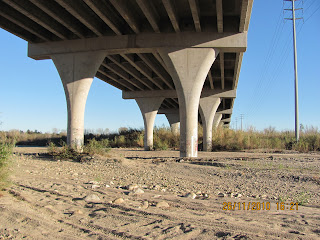 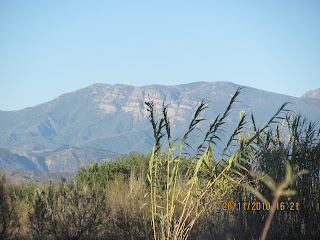 This is my turnaround point, but I will eventually hike the entire river from Santa Paula to the Ocean.  The last picture is a welcome sign for me to be invited back to the Los Padres National Forest.  Not today though. 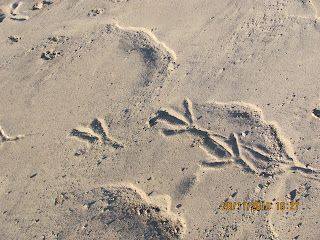 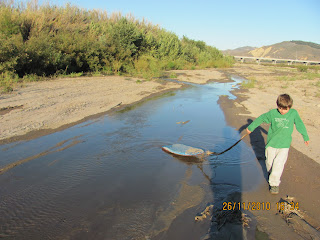 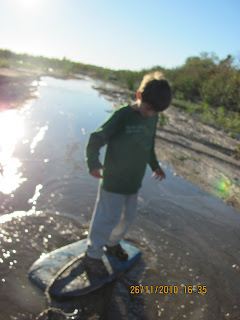 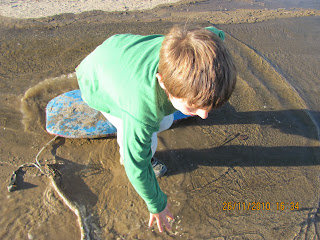 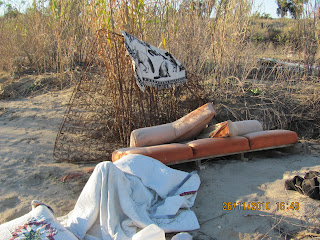 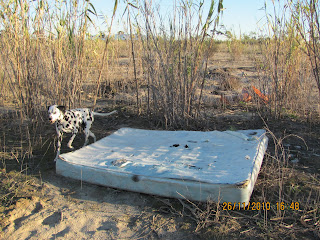 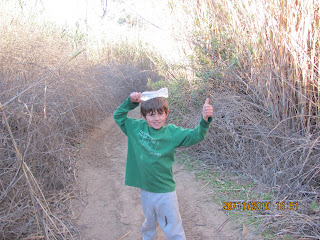 We made it back!  We hiked this like a loop trail.  Along the Oxnard side on the way there and then back thru the middle and along the Ventura side on the way back.  It's possible that I missed something along the way but I wouldn't recommend this journey for anyone.  Basically, this undiscovered gem should only be visited by the local neighborhood kids or ATV riders.  Day 12 signing off.  I think I may climb a mountain tomorrow...
Posted by Jeremy Jacobus at 9:07 PM