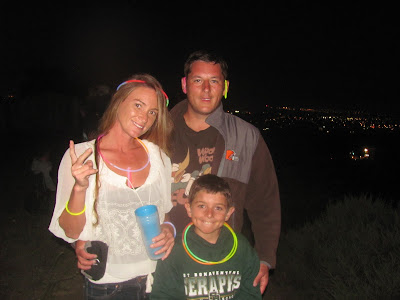 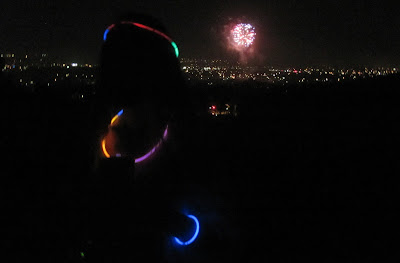 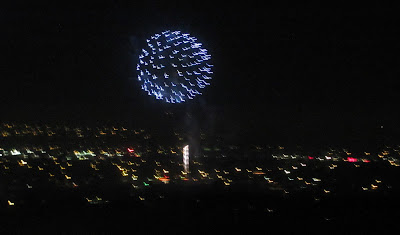 Miles: 2.0
Elevation Gain: 50 Feet
Time: 1 hour
Difficulty: Easy,but you run the risk of encountering the homeless in no-mans-land
Reward: Discovering the Drifter's hideout
Description: Take the 101 walking bridge over the Santa Clara from Ventura to Oxnard. Ventura, CA
Directions:From the 101 Freeway in Ventura, exit on Johnson and then park at the Motel 6.  The walkway to the bridge begins just past the end of the parking lot. 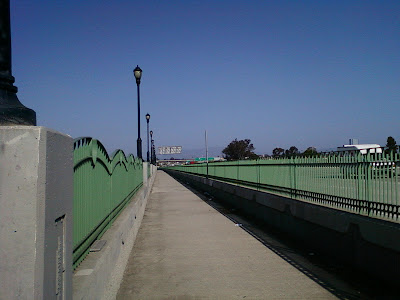 Walking bridge along the 101, over the Santa Clara
My first visit to this area came on  Day 14: Ventura Barranca
My November video featured Ayden riding his bike along the barranca and we ended up at my starting point today.  I went back one time since and ventured off toward the Oxnard side of the river, away from the bridge.  Today, my plan was to walk the river toward the ocean, but then I discovered the walking bridge.  So, I walked across with my son to Oxnard.  Rather than walking back, we jumped a wall and walked the river.  At first we hiked under the bridge but then we began to wander along the side toward the train bridge. 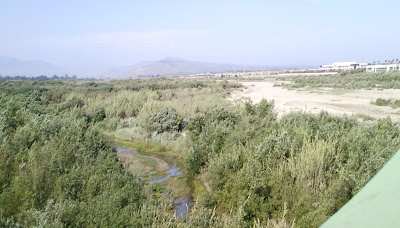 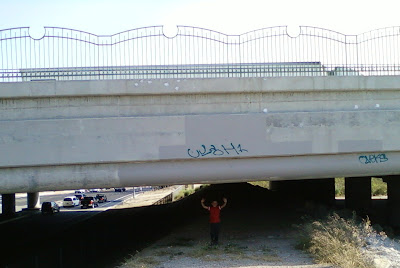 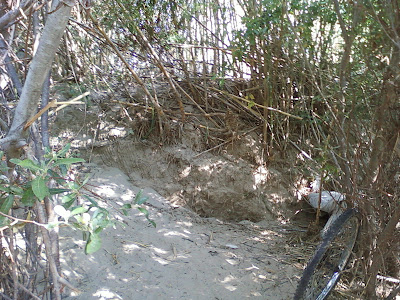 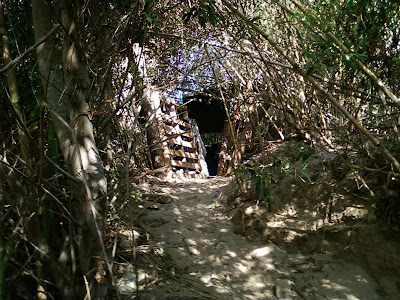 Large wooden shack hidden in the thick
We followed a single tire mark into the thick.  I pried my head into a sheltered area and saw the cabin.  I thought about going in further, but then I noticed the tire resting by the entrance.  Quickly, I pushed Ayden away because I figured the tenant to this homeless paradise was probably home.  The set up wasn't bad.  It was well sheltered and probably dry from the rain.  It looked cozy.  The only real downfall is when it does rain, this river fills up.  Although I doubt it reaches the cabin level, there doesn't appear to be any other way out.  Well, I guess that's the chance you take living this way.  If this guy was smart, he would work a full time job and save his money.  Imagine not paying rent?  This guy could be a millionaire!  If you're going to be a homeless recluse, this is the way to live! 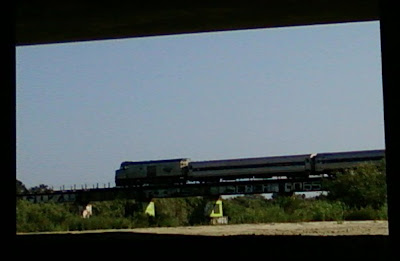 
I originally visited the China Flat area on Day 1, from Lindero Road.  More recently, I hiked along the trail known as Albertson Road when I became obsessed with the hidden Chumash Caves.  Today, my goal was to hike Simi Peak but after I reached the oak trees in the flat, I said "not today".  It was Hot, 90 degrees+ and I only brought one water bottle.  I jogged most of the +900 feet there.  The hill is gradual and gradually I drank all my water.  I will return to complete the mission!