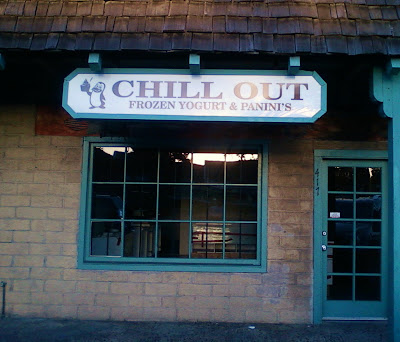 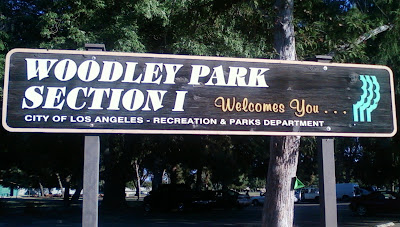 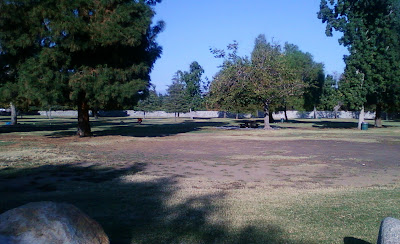 Lots of Open Space in the Park 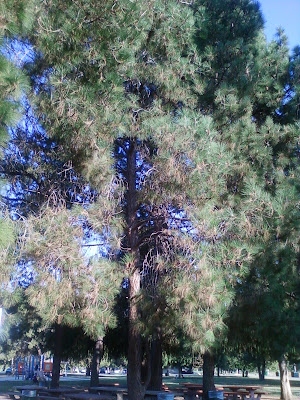 A green life; awesome escape from the crazy concrete jungle nearby 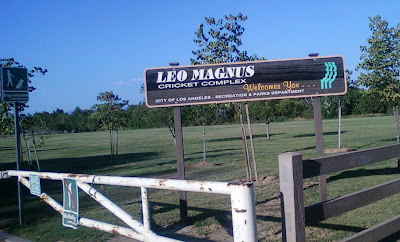 John from New Zealand would be Proud! 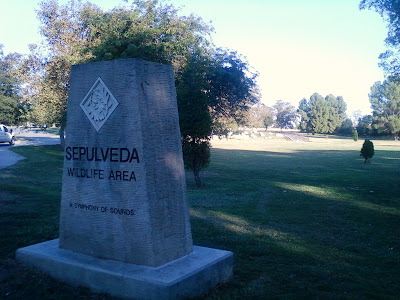 The area goes on for ever, so it seems... 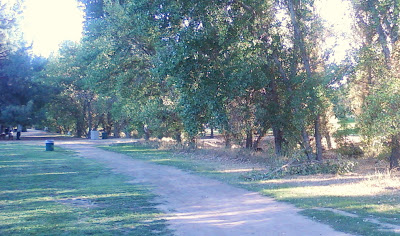 Where does this go?

So I was in Van Nuys today checking out restaurant equipment.  On my way back I somehow got mixed up on Sepulveda or Victoria and found myself turning left down Woodley.  All of a sudden, the crammed, messy, hectic world of over populated madness turned into a green relief.  --Van Nuys is a very busy area.  The neighborhood does not look great.  It looks like one big swap meet.  What would you expect with the world's most congested intersection; the 405 & 101!

Anyhow, I parked at the first lot and began walking across the park.  This lead to an extension of the park to the left.  I kept going.  There was some Japanese Garden up here but it was all locked up, like it was part of the armed forces or something.  I continued further, found the cricket grounds and then realized I had been walking for over 30 minutes.  I could not explore everything but I ran back to the car from here.  At work that next day I glimpsed at Google Maps in this area and discovered Balboa Lake.  It was just around the corner from here.  Looks like I will be coming back someday to check it out...
Day #667 & 668 * Hike #799 & 800 * Duplicate Track

Thursday & Friday September 13 & 14, 2012
Arroyo Verde Park - Ventura, CA
**Thursday was Cross Country Training.  **Friday I descended from home with Sammi to get some elevation into my workout.  This also gave Sammi a chance to open her stride.  With so much going on, I haven't had much of a chance recently to take her out.  As for Ziggy, well I left him back because he can't keep up with us...
Posted by Jeremy Jacobus at 10:26 PM