Since retiring from my 1000 Hikes in August of 2013, one could say that I have gained a few pounds.  After my Day 1000: Mt. Whitney my consistent string of hikes had finally ended.  As went the hikes, do went the exercise.  Sure, from time to time I've trekked on some pretty gnarly adventures, some of which I have shared on this blog, but they were no match versus poor health and diet.

For Nine Months spanning from 2016 into 2017, I went code silent.  I wrote no blog posts nor did I share many photos on social media.  The reason; my wife and I took part in a docuseires called Fit To Fat To Fit.  We just received word that the show will finally air January 8th on Lifetime.  However, they decided to run all six episodes from 6:00pm to Midnight, against the National Championship Game.  Fortunately, Ohio State was left out of the playoffs, so basically half of the country doesn't care.  Therefore, everyone must pop popcorn and drink beer to watch our series!!! 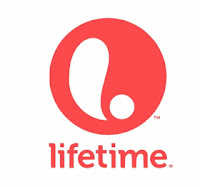 FIT TO FAT TO FIT

As seen in dozens of my hikes, my beautiful wife Jessi J. is the true star and hero of this show.  She's arguably Ventura's Top Personal Trainer and she has created her own workout platform utilizing H.I.I.T. methods.  What she does over the Nine Months of filming is truly incredible.  She simply amazing and I love her to death! 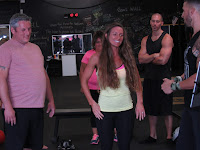 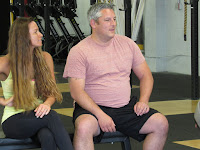 This experience was absolutely unbelievable!  I wish I could say more right now but, mums the word.  Leading up to the premier, I will be posting on this blog and definitely follow me on Instagram @1000hikes  If you know me on Facebook, look me up at Jeremy Jacobus! 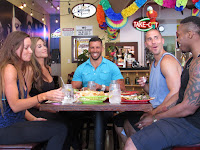 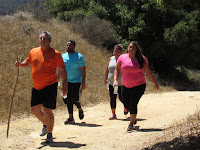 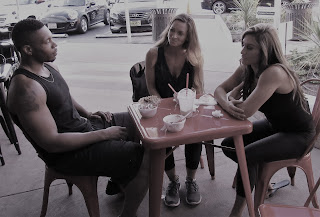 On our first day of group filming with the other Clients, I led the charge up a mountain; a familiar spot where I hiked Day 711: San Vicente Mountain Park

Meanwhile, Jessi J met with the other Trainers to discuss what was to come for the season.  You'll have to tune in to learn what the discussion was about!

For the past 12 days, my family has been displaced due to the Thomas Fire.  Now the 4th largest fire in California history, the fire roared through my neighborhood on the first night and destroyed nearly half of the homes.  Fortunately, my home still stands, but the neighborhood has been destroyed.  It may be many more weeks before we will be able to return home. 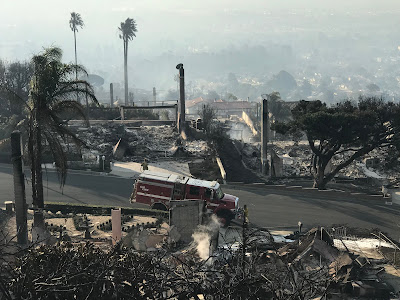 That truck rolled down from a neighbors house further up the hill.  I imagine that it burned so hard, melted the aluminum, dropped the transmission and crashed at such a high rate of speed that it pushed the car in the driveway behind my house, off the driveway and into what was my fence.  If that car was not parked there, my house would have surely gone down in flames... 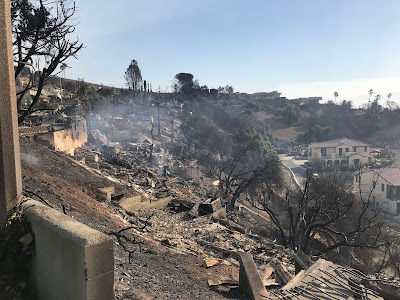 FIT TO FAT TO FIT
January 8th on Lifetime
6:00 pm to Midnight

Ventura, California
(Before the Ashes!)