In my pursuit to climb to the highest point in every state, here is Indiana:


After Ayden got out of school, we started driving and left Ventura.  Distracted by his phone and our bologna excuses of traffic detours, at some point he realized we were not going home.  We drove 5 hours to Vegas, parked for free at the Tropicana and then boarded a red eye to start our Thanksgiving Holiday.  We flew into Cincinnatti, which is in Kentucy (until we crossed the bridge to Ohio).  It was a chilly 24 outside, unbearably cold for us Californian's, but I packed my Cleveland gear so each breath in vibed memories of my past.

A couple hours around Cinci by foot and no sleep was preceded by a rental car through Dayton, while I drove and the wife and kid slept.  This was not the most direct way to nearby Columbus, where we would be spending the holiday, but c'mon man, what would you expect...


Surprise, we are in Indiana!  This is the middle of nowhere, but not totally out of the way for my loop connection to the Ohio Capital.  Hoosier Hill is just barely in Indiana.  Jessi did not notice the sign by where we parked.  She saw the woods surrounding and expected us to go on a several mile hike to somewhere.


Not much effort expended by foot to tackle this beast.  The roads coming here had some up and downs, similar to County Line Road between Cuyahoga and Geauga Counties.  Hit the accelerator and you'll jump - yee-haw!!! 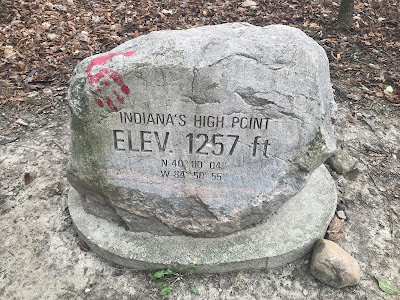 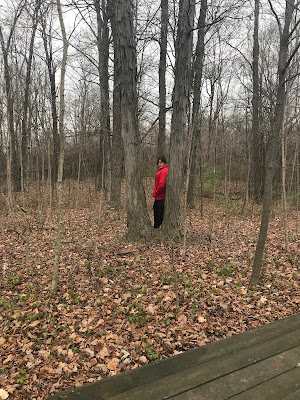 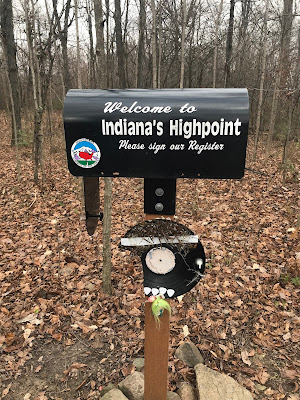 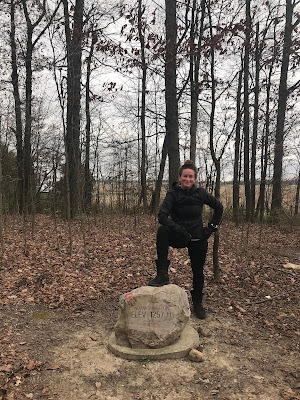 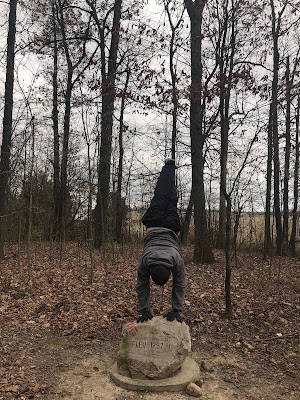 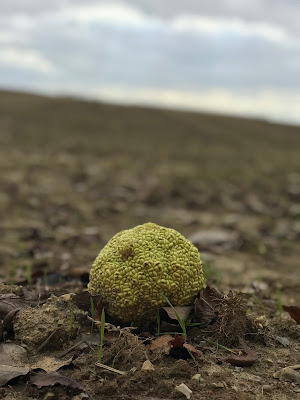 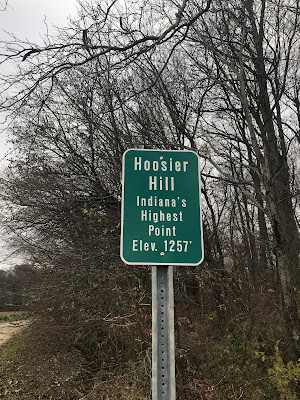 Next stop, back to Ohio.  Hmm, wonder where bouts we would be heading next?
Posted by Jeremy Jacobus at 7:40 AM