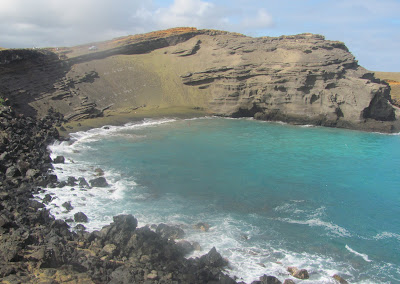 From Hilo, take the 11 South for about 70 miles past Volcanoes and Black Sand Beach., Turn left (South) to South Point.  From Kailua-Kona, take the 11 South about 50 miles and turn right on South Point Rd.  This road leads you to the southernmost point of the United States.  The narrow road is about 12 miles long and any car can travel on it, despite what other readings may say.  You will eventually reach a parking area, and unless you have an off road vehicle, this is where you will park.  There may be a local sitting there in a 4x4 who will offer to take you to the beach for a donation, but we are hikers, so why would we do that?
The locals call this hike, the "Death March".  The temperature on our day was about 90 degrees.  The hottest we had seen on the island prior to this moment was 83.  I read that the early evening winds will pick up quite strong down here and if you go out too late, you better have a good flashlight because it will be pitch black.  We arrived at 2:30, plenty of time to hike 2 miles in, hang out, and 2 miles back out.  This will be our 2nd 4+ mile hike of the day.  Fortunately, the elevation gain/loss was minimal: 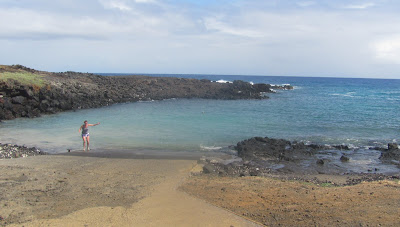 From the Boat Ramp, begin your hike to the left... 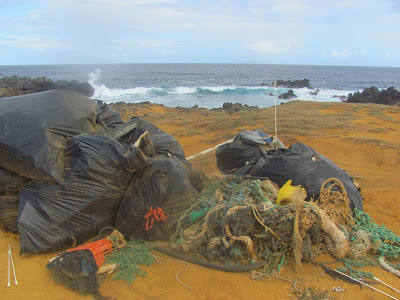 Trash collects from all over the world 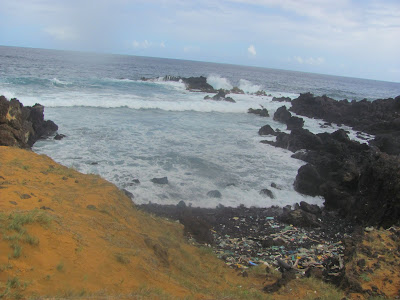 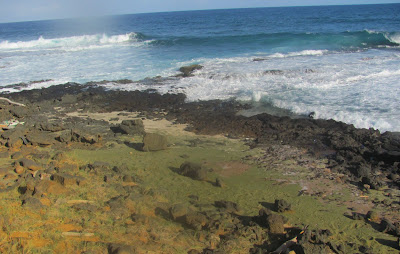 Green sand... but not the Green Sand Beach; Keep Going! 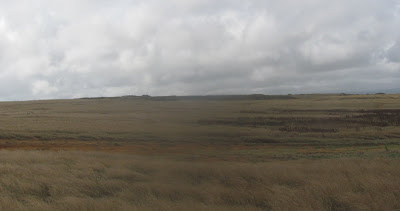 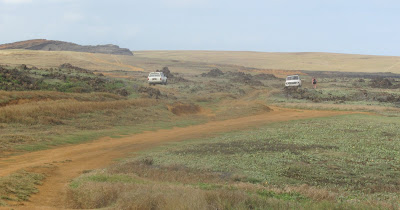 Off Roading
In the far off distance, you will notice an amazing rock formation.  The closer you get to this spot, the more it looks like a large ship.  The rock is made of olivine crystals and the force of the southern waves crashing into the rock form the green sand.  The clean blue waves are absolutely amazing out here; especially at Puu Mahana (Green Sand Beach). 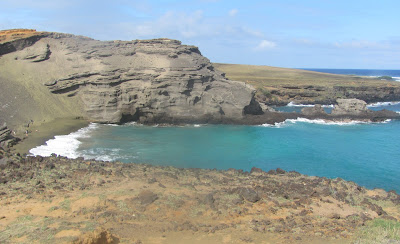 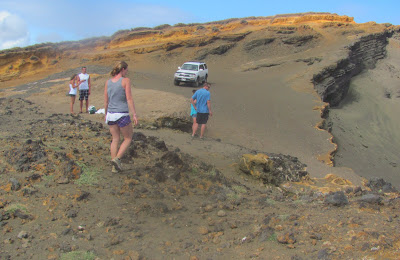 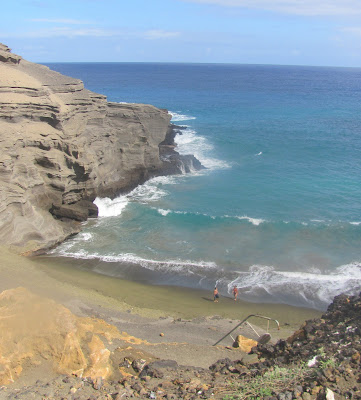 Stairs make it easy to reach the beach 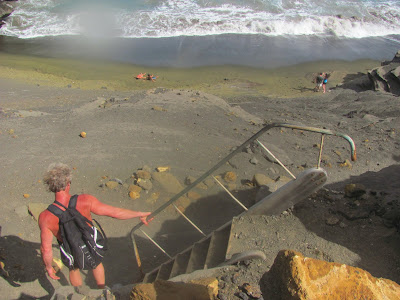 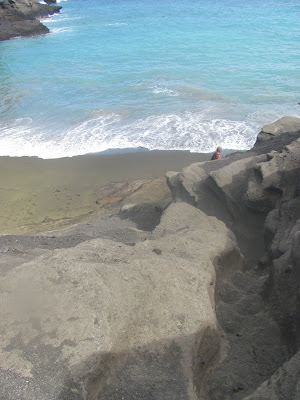 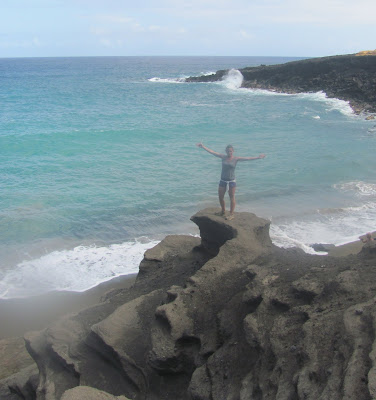 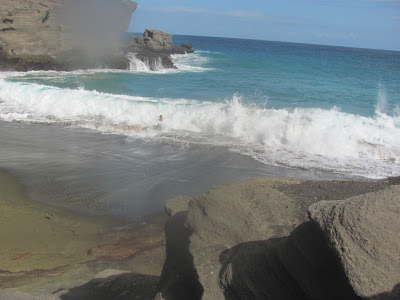 The Beach reminded me of a Wave Pool at an Amusement Park! 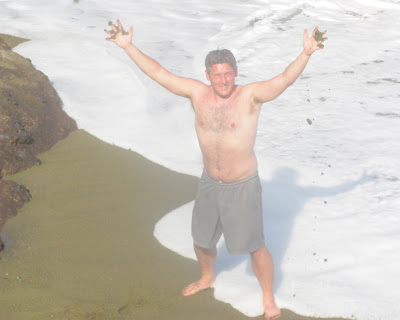 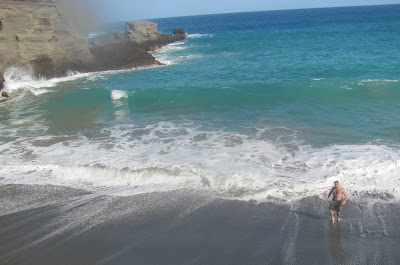 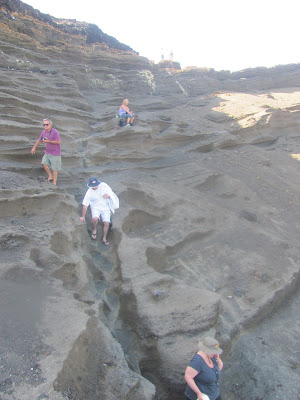 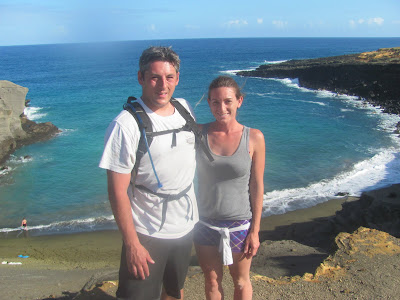 The only disappointment that I had in Hawaii was this camera.  Although the water spots cast a fog over all my pictures, Green Sand Beach and the waters could not be denied.  We had a 2-mile hike bike and for most of the way, you share the off road with motorized vehicles.  The good news is, the beach is not a main tourest attraction so there was not much traffic.  --We felt an SUV on our backs so every time it came closer, Jess and I began to jog.  There are parts of the road that are very tricky and we ended up beating the jeep back.  There was once a song I sang back in elementary school, ...John Henry was a man, John Henry long and lean.  John Henry was a man who could beat the machine.  We out hiked the machine today!