No Trail, at Arroyo Verde

**Saturday night, we witnessed the LA Galaxy beat Portland 3-0!  It was my first professional soccer game since the Cleveland Force in the 80's and Cleveland Crunch in the 90's.  Of course, those games were played in the small indoor arena at Richfield... 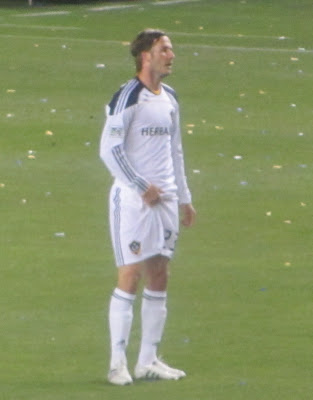 Beckham in action!
VOTE for David at SilverHonors.com!
*Hey, I copyright the above picture.  Classic; the most popular and highest paid guy in all of soccer and I snapped this pic.  Awesome! 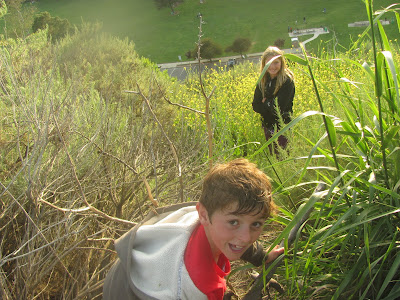 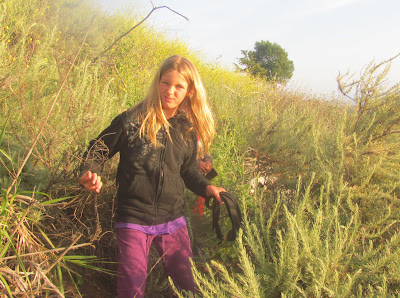 This was a bad idea.  Above Arroyo Verde by the Skyline gate, Alyssa led us off trail thinking that there was a trail; but there wasn't.  We pushed aside some brush and hiked as far as we could.  Domino didn't even make it that far as her immobile back legs nearly somersaulted her down to the park below.  If we really wanted to, we could have pushed down to the true trail, but that would have left us wounded.  As it was, we still have scratch and itchy issues from our effort.  Bottom line, if you are going to hike down from the top, the best way to go is back to the center of the upper trail where Skyline turns to Topa Topa: 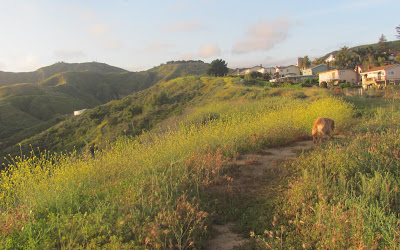 Hiking the trail behind the backyards of Skyline.
(there is also a cement fire road that you can hike) 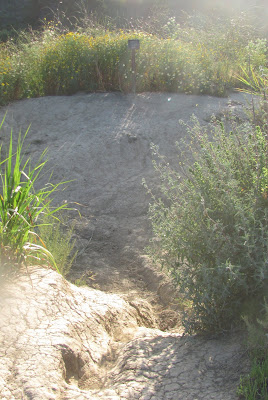 The Upper neighborhood meets Arroyo Verde
Basically, this is the route I take when i am hiking Arroyo Verde from my house.  I usually retrace the first mile every time and from there, it becomes an adventure...
Posted by Jeremy Jacobus at 7:29 PM