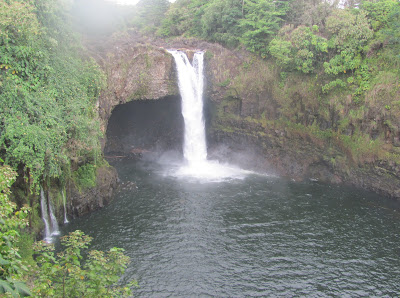 Rainbow Falls
Rumor has it, at sunrise if you come to Rainbow Falls you will see a rainbow.  This place was pretty neat, located right in the middle of Hilo.  I didn't test out the rainbow theory because we visited this spot in the afternoon.  It was our third hike that day.  Most people will just go to the lookout platform which requires only about 25 feet of hiking; however, I am not everyone... 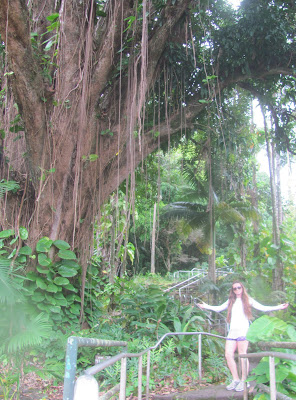 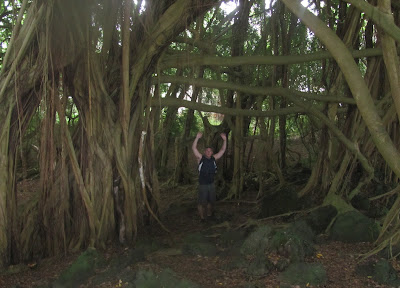 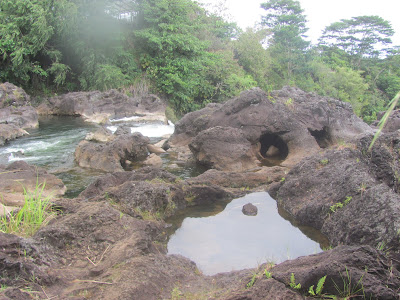 Boiling Pots
If you follow the moderate trail for a few minutes, you'll reach the top of the waterfall.  Some of the locals talked about this spot but also advised that without warning, a flash flood could sweep down the river and carry you over the waterfall.  This made sense because in the rain forest above, it rains all day.  Meanwhile, Hilo experiences off and on rain all day.  That combination could be deadly.  Nevertheless, I took my chances as you would expect me to.  As I was crossing, I couldn't help but think of the warnings that I heard and then it occured to me, how did some of these higher water pools fill up with water if a quick flash flood did not fill the river.  Yikes... 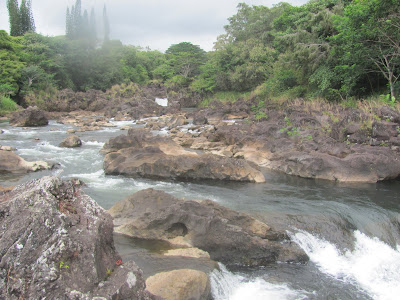 The scariest part was moving forward and then looking back... 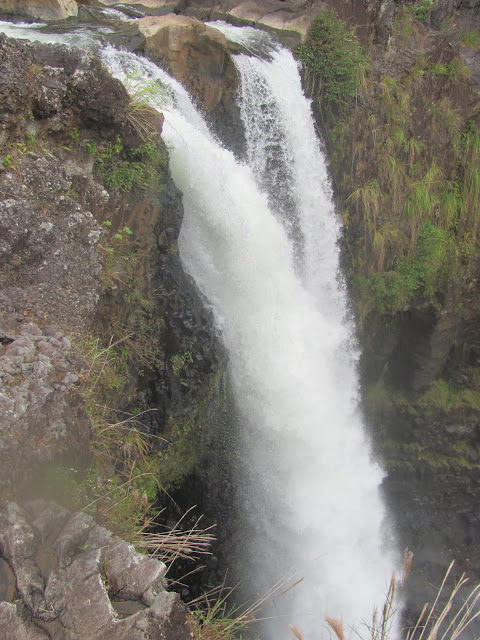 The roar was loud and I would never hear a flood if it approached.. 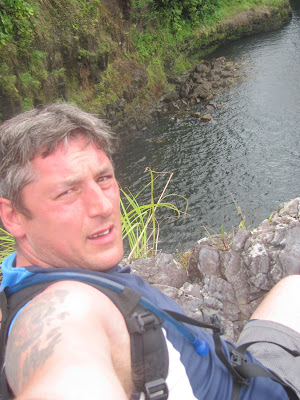 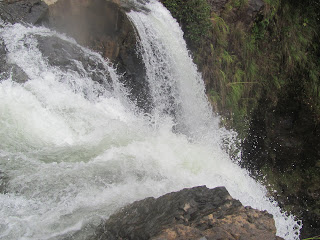 Ok, that will be close enough...
This was a great day full of adventure.  Before we checked into our Hilo Hotel, we added a fourth quick hike on the day: 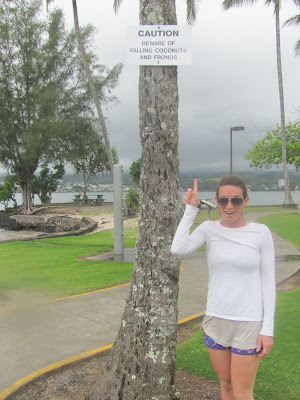 Coconut Island
This is not really a place to brag about.  It's located right in the middle of town and the coolest part about it is that you have to walk across a bridge to reach the park.  There were some pretty interesting facts that we discovered here.  For example, the last two huge Tsunamis that hit this island were in 1982 and 1974, the years Jess and I were born.  There was a tree that showed the height of all the recorded tsunamis and in 1940something the sea level raised 26 feet!  Sick! 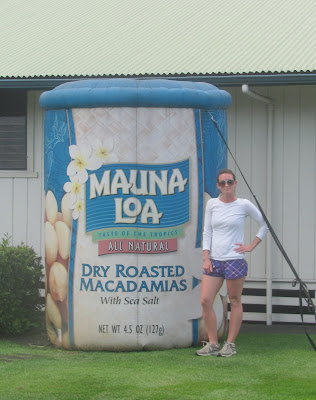 After checking into our hotel we still had enough time to check out the Mauna Loa Macadamia Nut Factory.  I read articles about the self guided tour and I do concur, quite boring.  I also read articles about how cheap they were inside by only offering two samples.  Well, that is absolutely incorrect.  I was offered, and ate, enough samples that I only ended up eating an appetizer for dinner that night.  Let's face it, if you are going to go to Hawaii, you're going to leave with some macadamias.  Just be assertive here, show that you are interested and they will feed you :)
After a long day, what's better than kicking back and watching a movie?  Other than two downtown restaurants, everything in town is closed!  However, the movie theater is open and only charges a $1.50 per flick.  It wasn't much of a theater; even the screen in Port Angeles by the Pudget Sound is larger than this.  Not complaining though, we had a good time.  In fact, we noticed at least 5 old school movie theater building condemned on this island.  We were glad this one was open!
Posted by Jeremy Jacobus at 10:52 PM