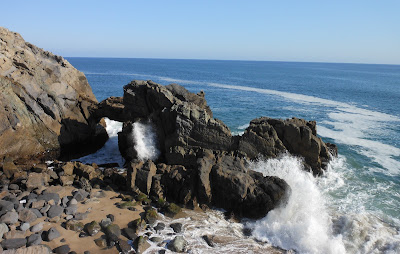 ***What a week!  Computer crashes, lost many pictures but I ran a half marathon and continued hiking everyday!!! 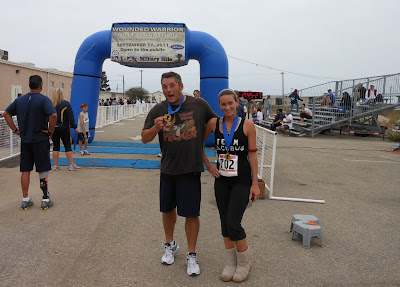 I thought it would be fun to take the lead in the 13.1 mile run.  With Jessi running on my right, we ran one, two down the first stretch.  Then, reality sets in and if I am going to complete this race, we're going to have to allow the pros take over.


Still too fast for my blood and this condition.  I weighed in at 218.7 pounds!  Way too heavy.  As runners continued to pass one by one, I continued to slow down but Jessi felt the urge to keep moving.  By the 2nd mile, she was a good 20 seconds ahead of me.


Jessii was in my sights at almost all times, but she probably was running about a minute ahead of me after the 5th mile.  If she wasn't pushing the pace, I probably would have been running these miles even slower.  However, on a long stretch of flat pavement, I decided that enough people had passed me so I was going to take a stand.  A couple of 6 foot+ runners, father and son, had passed me and I began to draft off their pace.  Jessi was slowing and by mile six, we reunited.  However, that was short lived.  Although she's shorter than I, her pace strides are longer.  It was still too early for me to expend a continuous run stride so I shortened up again and formed another 1 minute lead.
I was feeling great and caught her on mile 8.  Come to find out, she was spent.  Meanwhile, I was ready and eager to RUN, not waddle, to the finish.  However, I intended going into this run to finish along side her so until the end we ran/walked side by side.
Jess and I both really felt it on the final couple of miles.  I thought I was floating and feeling great but when I began to occasionally take some nifty strides, my calves started to cramp.  Then my quads cramped and on the final stretch, I had to land on my heal and highstep to the finish.

***Later in the day, we watched Alyssa's soccer game up at Willow Elementary in Agoura Hills.  Easily walking an additional 1.5 miles on the grass helped the legs stay loose.  Sitting was not an option... 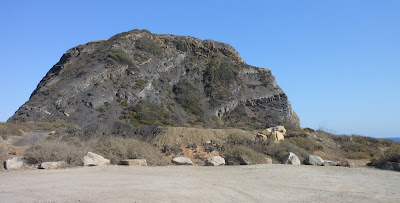 Big Rock, from the back side 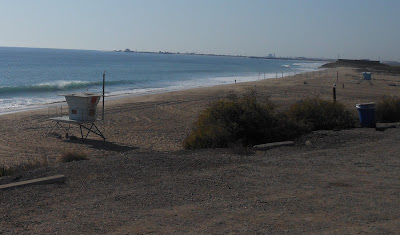 A week earlier, I hiked from Arnold Road to border the beach.  Today, I hiked it from the Malibu end.  Of course, this is all symbolic because I would be running the half marathon that weekend. 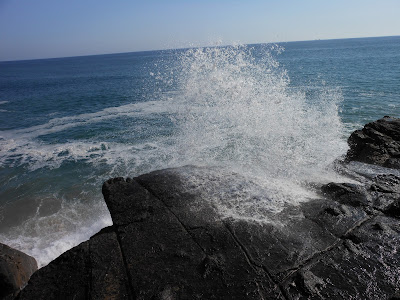 Water crashing on the rocks below big rock 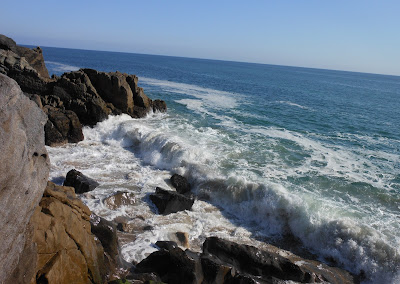 Later that night, the wife and I jogged the streets, pushing a baby stroller while Ayden rode his bike.  We started by the Ring Trail; the bike path that I hiked late last year and lost my wedding ring!  From the trail, we jogged under the Victoria Tunnel, all the way to Kimball Park, circled the park and then jogged back down Telephone to Saratoga and back to the car.  I was really not in the mood to run but my wife was breezing through it.  I measured a mile at Kimball in 12.25.53; my slowest timed mile of the year.  We finished the run in 1:03.58; figure this be a distance of ~5.5 miles.  Very slow, but maybe I wasn’t trying, hmm….