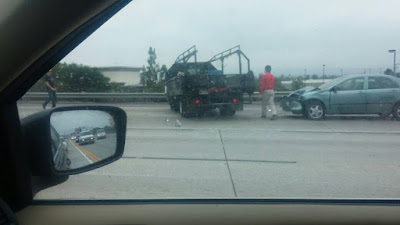 Less than an hour into our drive, we saw this happen right in front of us - live!  The truck got clipped by the car and spun in front.  It made such a loud noise and a lot of smoke.  They were only about 5 cars in front of us and we had clear sight.  Traffic was flowing at full speed on the heavy freeway.  Very lucky this did not cause more of a chain reaction - lucky I had my camera handy - unlucky way to begin a holiday weekend for them...


This made Ayden's trip.  We paid up and rented a Jet Ski for the day.  I let Ayden take the helm for a while and he got the sucker up to 55 mph+ jumping waves... 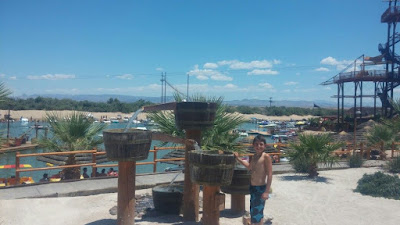 I forget where this is, but I think "Pirate" or something like that.  It's a popular hang out further down the river - The Colorado!  There were Ziplines there, but they were not open for business, which is strange because the place was packed.  This was our one pitstop from the water.  We walked around for about an hour - a HIKE! 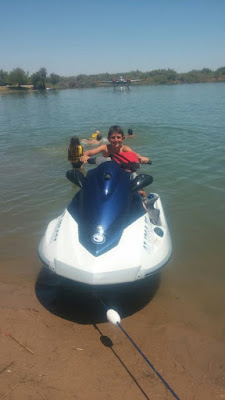 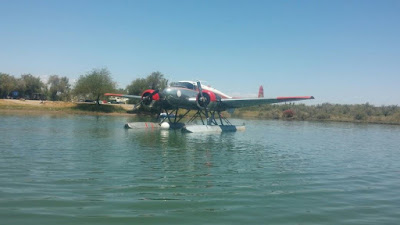 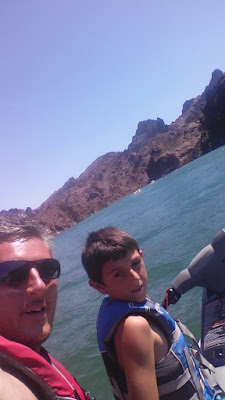 I can't remember if there was a dam up there or if we just chose to turn back.  I think this area is a no wake zone too - so we did want to rush back and jump the waves in Lake Havasu.  We conquered pretty much the entire lake.


So, it looks like I have no pictures of the party scene at London Bridge!  We navigated the narrower channel on the jet ski twice before heading back to camp.  This place was off the hook nuts so later that evening, we took a HIKE around the London Bridge Scene: 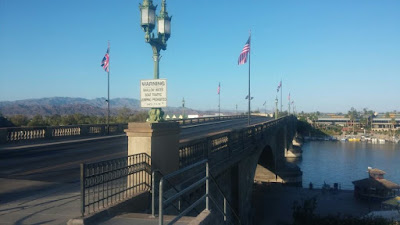 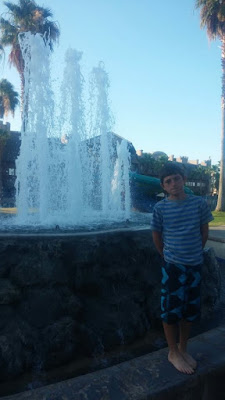 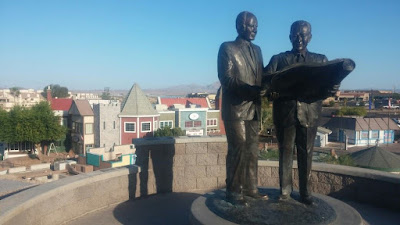 I must have completely censored the hike too!  Boats were docked and double docked up and down the entire river.  It reminded me of Shooters, in the Flats of Cleveland.  When I owned a boat back then, it was common where boats would be docked 10 wide...

However, in Cleveland girls are not wearing pasties and dancing with their butts up the light poles.  In Havasu, they were!  Ayden learned what pasties were and for the next several months thereafter and still to this day, he brings it up.  That-a-boy!

Cops did arrest some for indecent exposure and there were some wild moments with the loud music and drinking going on.  As the sun set, I felt it was best to take Ayden back to camp.  We didn't talk to anyone at London Bridge.  Yachts and boats were nice.  It was for the rich old Uncle Sam type men who never settled down or their rich nephews who took their 25 year old friends out on the water.  I had more time - wasn't all like that - but, hmm, yay, I had my time... lol!!! 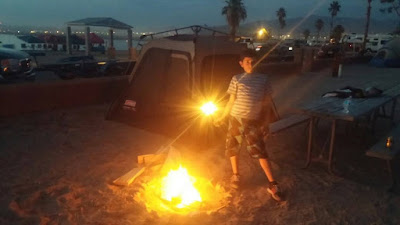 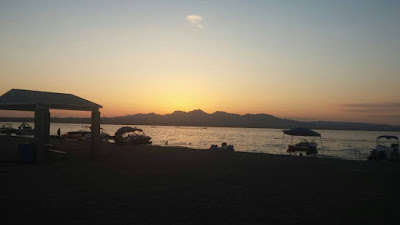 Campsite was overpriced, due to the holiday and blah.  Mostly RV's in this place, but there was a slab of dirt, surrounded by a brick wall, picnic benches and fire pits.  We made camp and went to bed early. 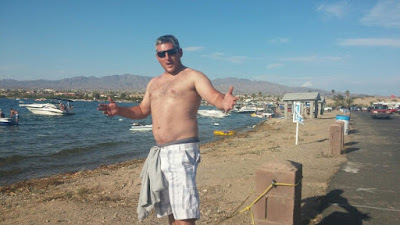 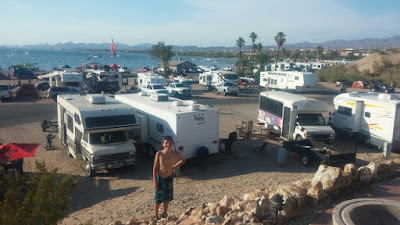 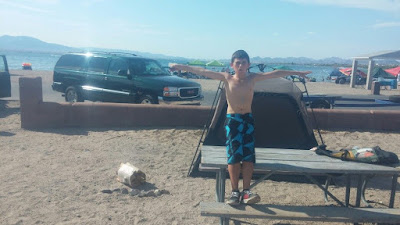 My how Ayden has grown since then!