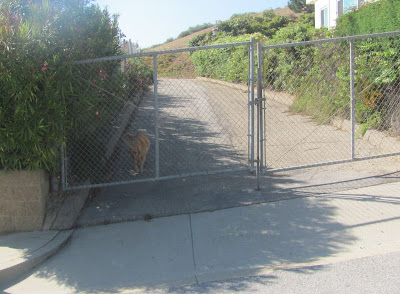 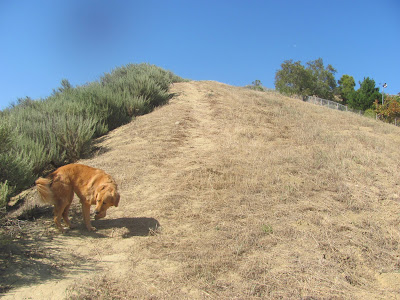 The park is to the left, so we went right up the hill 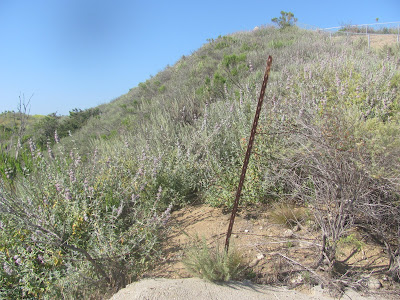 I hid a treasure on/around Day 131 somewhere up here 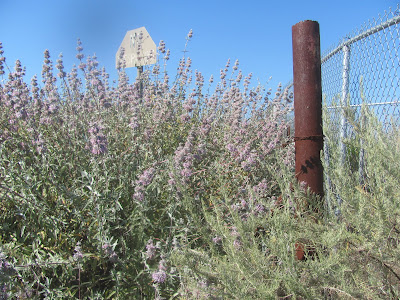 Couldn't find the treasure, and the trail was overgrown; nonexistent 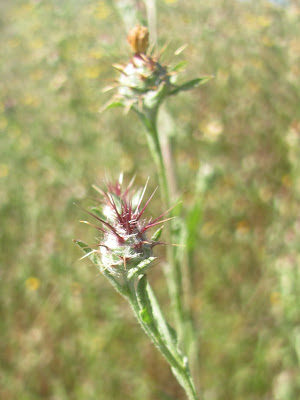 Millions of priclies, good thing I had on pants, but they still hurt! 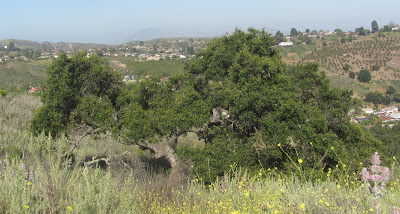 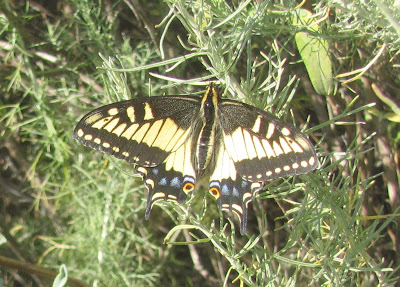 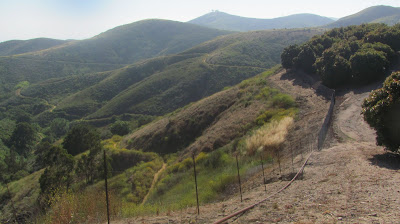 Made it to the orchard: Arroyo Verde Trails below; Two Trees Beyond 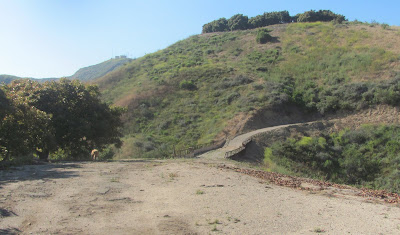 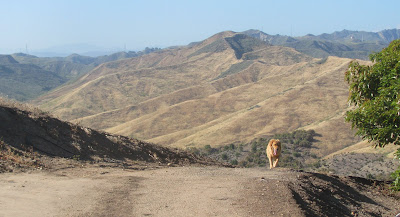 Back down and around 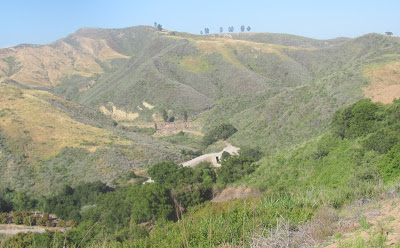 The Trees become my target today 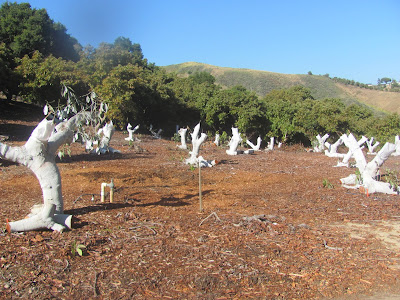 Nearly at the road, which leads to the radio stations 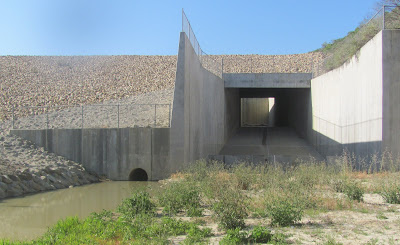 Crossed the road and no trail found 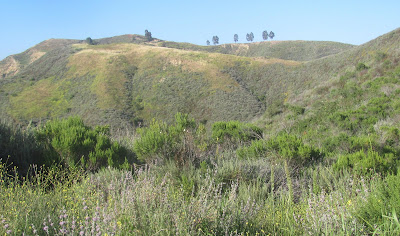 I forced my way up a couple hundred feet, trees in sight 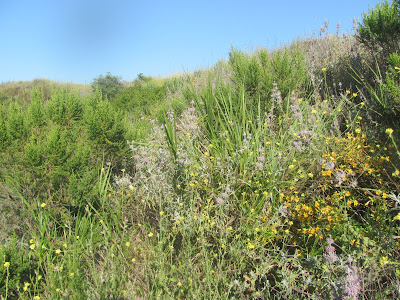 This is what I had to deal with for most of the two hour hike.  Poor Sammi was at eye level with the thick, and my thin warm up pants barely fended off the prickles.  Eventually, after about 5 miles of wandering and +750 feet of elevation gain, I found an orchard and hiked it like a switchback down to a driveway.  The owner was home and I said sorry for trespassing.  She advised me that I was on Via Cielito, which was just around the corner from Via Arroyo.  I had no leash for Sammi so I called my wife and started walking back down toward Foothill.  As we came closer to the bottom, traffic became an issue so I found a shoe string wrapped around a tree to be used as a leash.  As I untied it, a black widow jumped out!  My instinct was to squish it immediately, but I wish that I snapped a picture.  This was my 2nd black widow encounter over the last 5 days.  **Moral of this story, there is no trail.  Stay off private property.  Yet, I nearly made it to those trees.  There is a water tower near the end of Via Arroyo and it appears there may be a clear way to hike to the trees.  I will find this trail and connect the dots.  I really wish there was a legit way to hike the hills.  If the private land owners gave the ok, it wouldn't be too hard to bushwhack a trail for adventure goers!

I don't think that I have talked about the baseball fields at the Verde much on this blog.  This is because I have not hiked back here.  Starting from my house, I took the 1.5 mile trail to the fields and then hopped the fence behind it.  This opens up to the off map wilderness.  Last time I was back here was well over a year ago when I hiked Two Trees for the very first time.  When you reach the end of the canyon, there is a wide cow trail to the left.  I began to hike up but that's where I stopped today.  Not enough time, I had to go home.  I managed about 5 miles total and +600 feet elevation.

Posted by Jeremy Jacobus at 9:24 AM