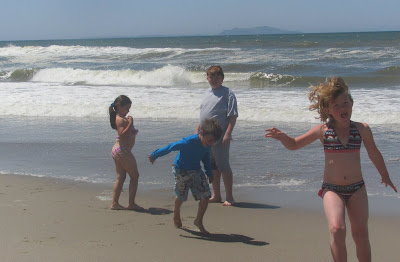 On DAY 28 I hiked all of Oxnard Shores with Ayden to the end of Hollywood Beach.  It took us 3 1/2 hours to cover more than 6 miles of sand (both ways).  I had some pretty cool pictures from that day, but it was during the time that I could not upload pics on this blog.  The pics can be seen somewhere on my Facebook page or better yet or on my December Video, which I just checked on YouTube...and it was taken down!!  However, you can still link to it: December Video (on Facebook)

Today was a much cooler day than back in December.  It was quite windy and the water was frigid, especially compared to the warm Hawain water.  As the kids played at the beach with my wife, I hiked alone to the north... 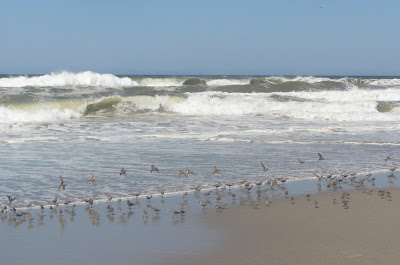 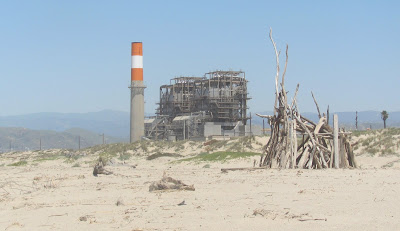 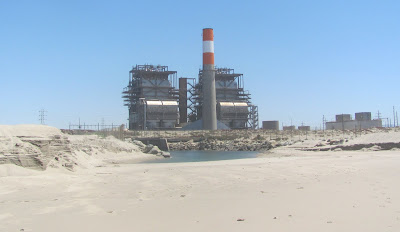 I trekked another quarter mile past the power plant and decided to turn back.  I cover about 3/4's of a mile of new beach.  I figured that I could finish this stretch of sand one day entering from McGrath State Park.  --There was not a single person out on this section of beach.  Moreover, there were very few footsteps indicated that people don't venture out this way much.  After walking back past the plant, I turned toward the dunes:

It looks like the Snowy Plover is being protected.  Hmm, there is so much open space here and beach access is never limited.  My question, why allow people like me in this part ever?  Based on the graffiti and broken sign, shouldn't the nesting area be protected year round? 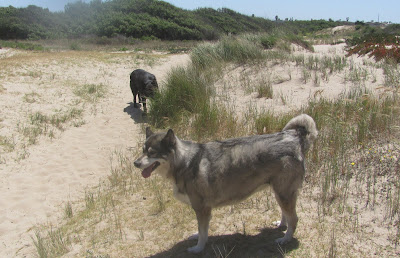 I saw a person's head in the nesting area.  Based on the signs, no one should be here.  I walked further and then up, over and through the closed section.  I heard a bird chirping, likely a baby waiting for it's mother to feed it.  I felt bad that I crossed but on the other side were two dogs and a trail.  **There was also a guy walking these beautiful creatures...  I walked back to 5th street with him and along the way we passed a homeless man sleeping in the sand.  Honestly, the guy looked 95% dead but when we asked him if he was already, he made a noise so we let him be.

***Interesting place but not too exciting.  I think it would be a good idea to create a trail from the end of this path to the beach to prevent people like me cutting through.  If we do this, it would be fair to say that the nesting area can remain protected entirely; but that will be another campaign...

Before I leave, I uploaded some photos from December:

Posted by Jeremy Jacobus at 8:57 AM