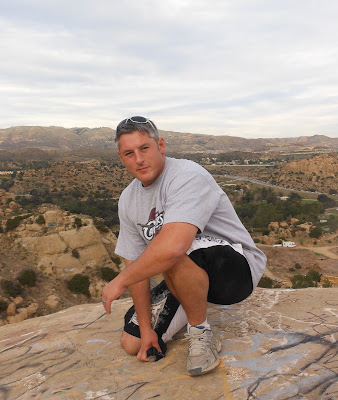 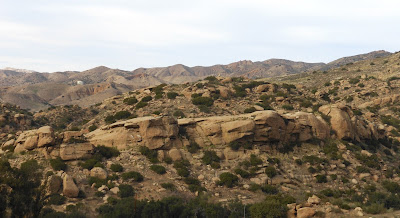 Santa Susana Pass
Directions:
From Ventura County, head out the 118 East through Simi Valley.  For the scenic route, exit at Kuehner Dr and turn right.  This will turn into Santa Susana Pass Road.  Follow this around up and over to the right until it ends on Topanga Canyon Road.  There are many places to hike back here including Rocky Peak, but today we were searching for Manson.  You can bypass the Pass by staying on the 118 and exit on Topanga.  --Turn right on Topanga and then turn right on Chatsworth Street (less than a mile from Santa Susana Pass Road).  The park is at the end of Chatsworth Street. 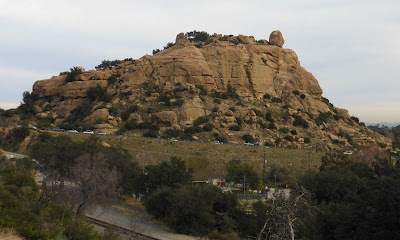 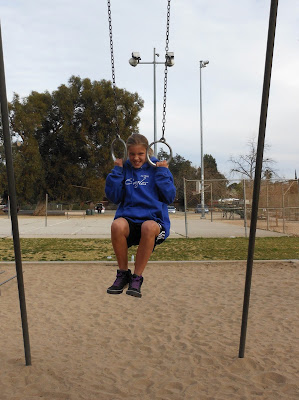 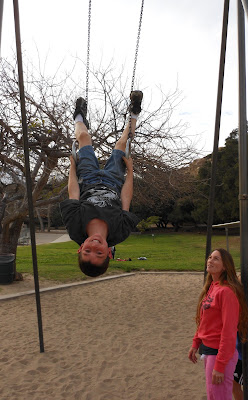 Jess and the kids enjoyed the rings 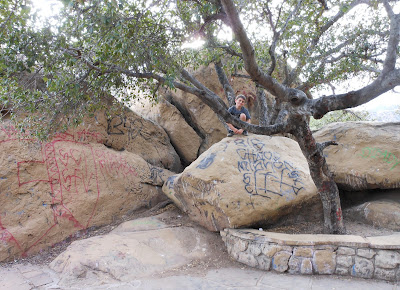 Small rock mound by the playground 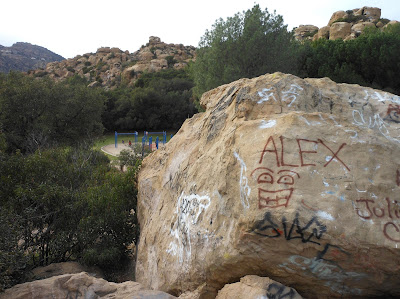 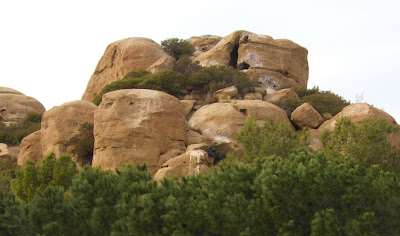 The Rock Mountain beyond and above the park 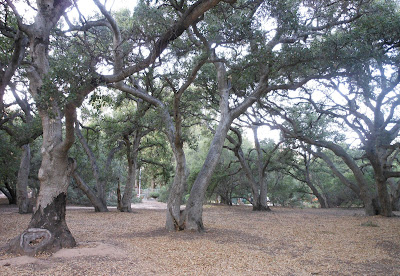 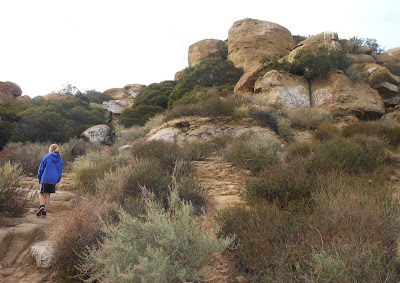 A couple different ways to begin the hike up 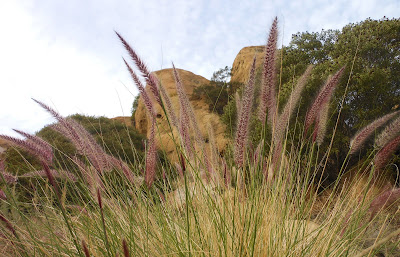 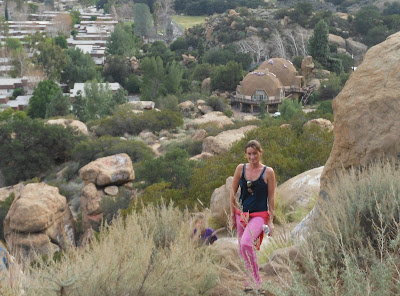 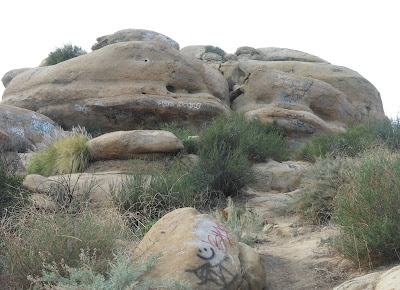 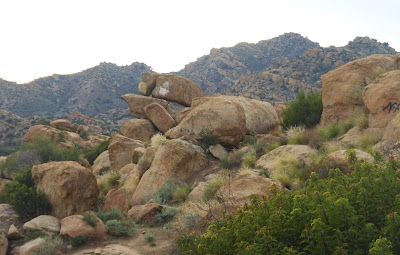 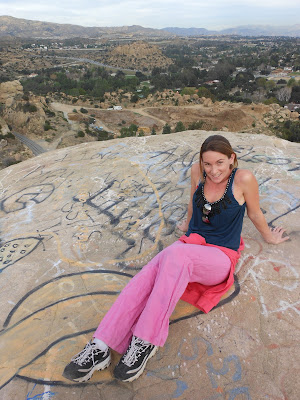 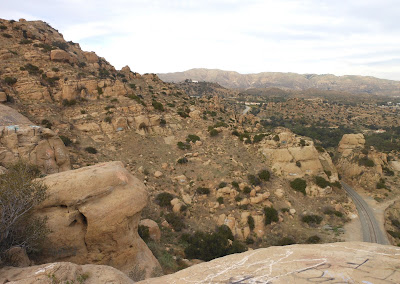 Apparently there is a tunnel below us 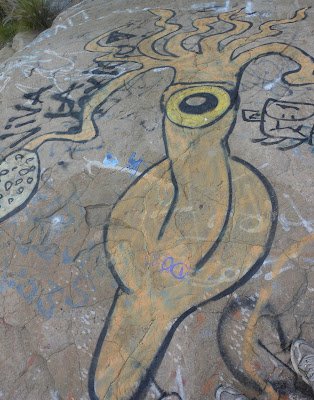 I read up on the web that there are caves that lead down to lower caverns.  The surface is slick and the hills are steep.  Commonly teenagers would roam up here and get stuck.  Search and rescue was called often.  Eventually, some of the entrances were cemented over to help reduce the danger. 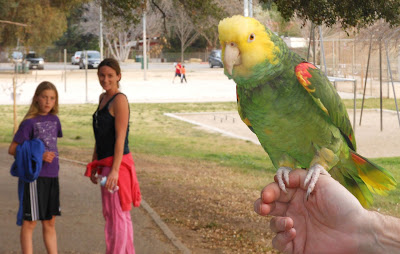 Needless to say, we never found the caves.  We attempted to retrace our footsteps back down but we ended up at a slightly different spot.  Ayden absolutely loved "Climb Rocking" as he calls it.  He was leading the way the entire time.  As for me, slow and steady.  The climbing is actually quite simple so just about anyone can do it.  That said, you always have to becarful with places like this.  I imagine that I will return to this spot and venture out further...

There is another park just down the road from here; Chatsworth Park South.  We drove by it but the park is all fenced off?  There is a legit trail here with a sign, "Old Stagecoach Trail".  I read up on this too.  The stats are said to be 2.5 round trip and elevation game of 500 feet.  The attraction here is the Devil's slide.  Basically, this was an old stagecoach trail and wagons often fell off the side of the steep route.  For the most part, you follow the old road but in some places, the trail is slightly eroded.  I'll have to check it out some time.


**After the hike, we drove out to Porter Ranch and celebrated Jessi's 30th B-Day, Japanese style.  Her actual Birthday is on Tuesday.. 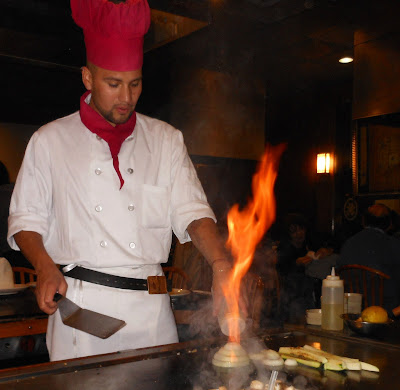 A few months ago, I hiked back here along the barranca.  However, this is not a duplicate hike because today I charged across the soccer fields.  On my first visit I parked near the high school and hopped over the fence to hike along the river.
This was Alyssa's first playoff game.  The Vipers won 2-0.  Alyssa had both assists!  We play our next game today; oh, gotta go.... 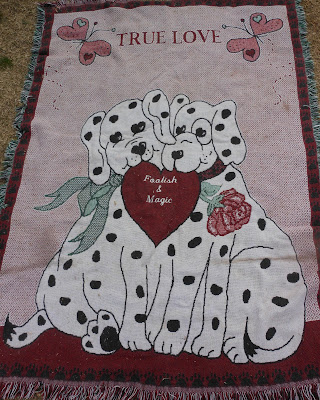 One of the parents brought this blanket -- reminds me of Domino :(
**Quick Recap from Thursday and Friday:  Sammi and I charged through Arroyo Verde on duplicate hikes.  Turns out she was infested with ticks from the Piedra Blanca Hike last week.  My lungs are still tired from pushing so hard, so fast on that one!
Posted by Jeremy Jacobus at 11:51 AM