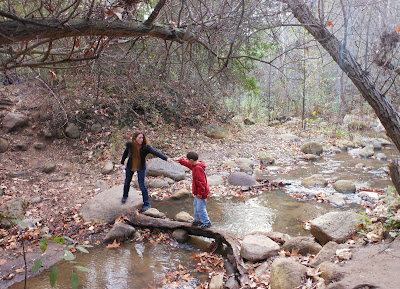 
**Playoff Soccer Games were cancelled.  We had about 3/4's of an inch of rain overnight and the AYSO officials decided to postpone the entire tournament until next week.  When I woke up on Saturday, the sun was out and the ground was barely wet, but remember, in California any precipitation is reported as a winter storm.  No thunder, no lightning, just damp -- thus no soccer!  Really?!

We decided to drive north today.  I had my mind set on San Luis Obispo but after 30 minutes of driving, Jessi and Ayden wanted to stop.  We walked around State Street in Santa Barbara.  I've already done this as a "hike" in the past and since our walking mileage accumulation was under a mile today it did not count as a hike.  Therefore, after pizza we needed to find somewhere to go...

Directions:
We continued down State Street away from Downtown.  You can also head North on the 101 to bypass downtown Santa Barbara.  Exit on State Street and turn up the 154 North.  Pass the 192 and about a half mile further on the left will be a turnout.  Park in the small dirt lot (usually no cars there). 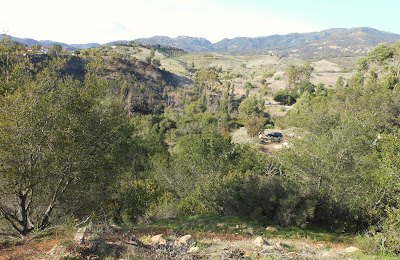 The trail goes up to the left or down to the right.  We began left, took some pictures over the horizon and then retraced our steps down to the creek. 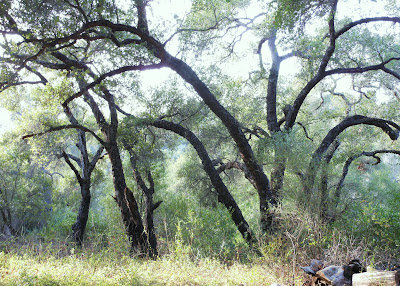 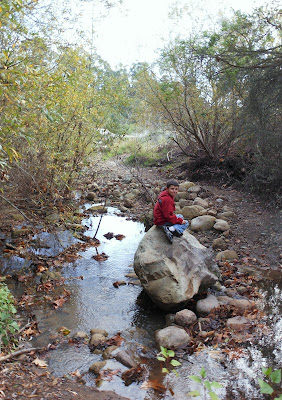 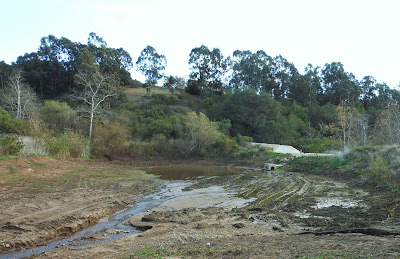 Cross over the dam 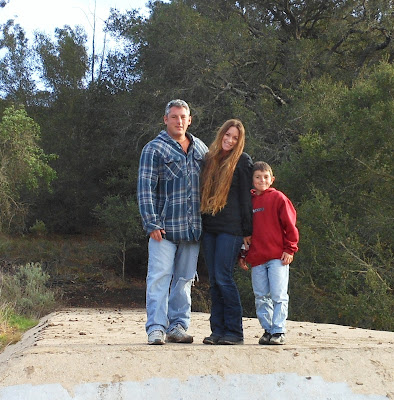 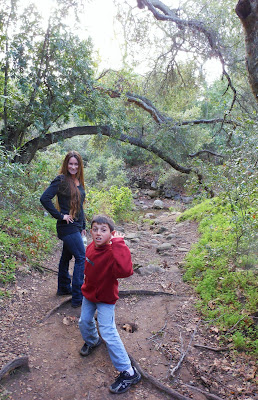 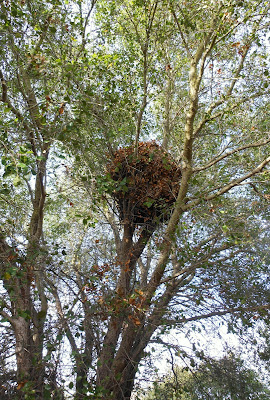 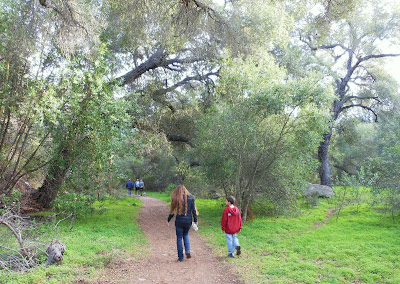 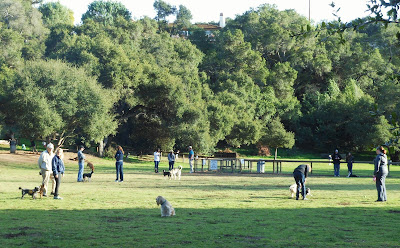 A Dog Show in the forest??? 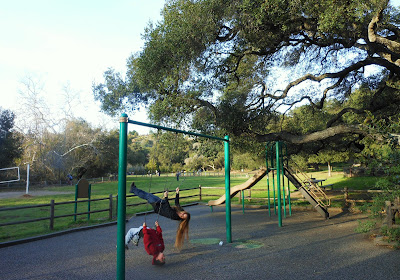 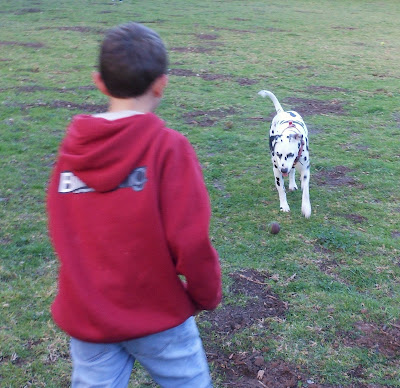 Domino?? --This dog came right up to us... so sad thinking about Domi...
The trail ends at Tucker's Grove Park.  When we hiked it, I didn't know the name of the trail or where it went to.  I later researched what we did and discovered that we hiked the San Antonio Creek Trail.  The usual trailhead instructions point you to begin at Tucker's Grove Park, which is off the 192.  Of course, we did it backwards.  Sounds about right coming from me :) 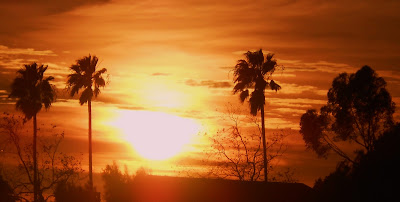 Sunset over the ocean (from the 154)
Rewind:

This was an unexpected but welcome trail today.  I was in the area off Valley Circle North of the 101 in Hidden Hills.  I drove down Victory Blvd to the end, and there was the trailhead!  I had never been up this far before.  The trail system connects to the Chesebro Trail / Las Virgenes Trails.  The area is vast, open, hilly and green to brownish green.  Trees are scattered so there is not much escape from the sun.  Good news is, it was chilly today.  Summer time though, this place would not be much fun, unless you're looking for an intense workout or training for an off road marathon.  Trails are in good condition.  I did not bring a camera since I was not expecting to hike here right after work.  The wife called in a request to pick up an item that she found on Craigslist.  Good deal, looking at the map, Valley Circle goes all the way up to Chatsworth.  I didn't really know that before but now that I think about it, I did see Valley Circle Drive last week when i hiked in Chatsworth.  I had no clue it was the same.  Bell Canyon is up here.  There is a whole area that I have not explored.  I just opened the door to a new land!
Posted by Jeremy Jacobus at 9:17 PM