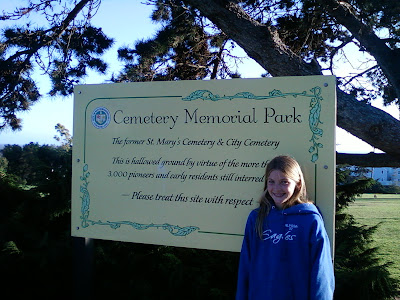 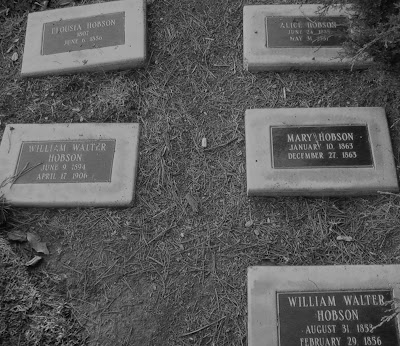 The Hobson kids.  Why did they all die at such a young age?
I tried researching this place a little bit and found it quite disturbing.  Basically, there are 3,000 bodies berried at the old St. Mary's Cemetery.  The city took out the tomb stones years ago and the unclaimed markers have been crumpled and used in retaining walls.  Horrible Horror Story.  Here's one article that I found: http://articles.latimes.com/2009/jan/26/local/me-cemetery26

On the contrary, another article from the city makes no mention of the history and calls this place a walk in the park: http://www.ventura.com/activities/parks/cemetarypark/

I've lived in Ventura for a decade and this was my first visit to this park that is nestled in Downtown Ventura.  The family and I walked around for a bit and fortunately I had my camera phone to shoot a few pics.  This was an unscheduled visit but it becomes New Track#478.

For dinner we ate at the Busy Bee and then after dark wandered over to Post Office Park.  I think this has a more official name and I have already used it for one of my hikes: 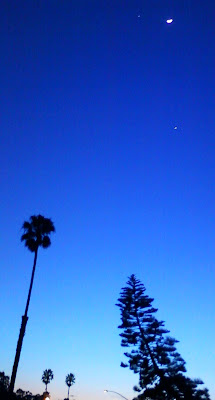 The Moon (Domino), Star and Venus after sunset
Earlier that day was where I gained most of my mileage, at the Anacapa Soccer Fields.  I intended today to be a duplicate walk but some how figured a way to visit a new site.  This was Ayden's first spring soccer game.  His team one 8-1; Ayden did not score: 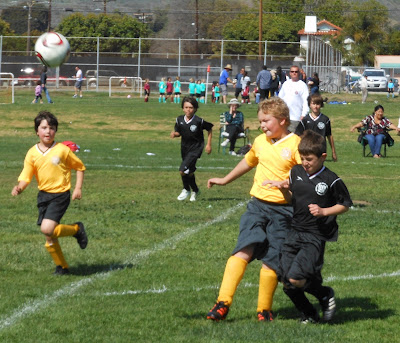 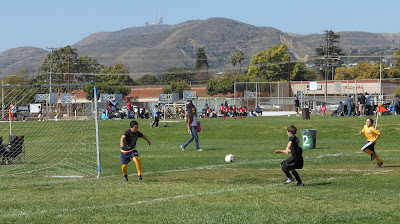 Ayden has a shot 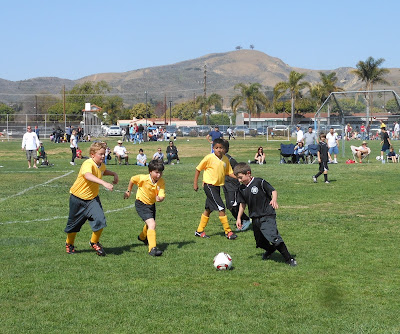 This was the coldest day of the year!  Burrr....  I took Ayden to an appointment and then ran at sunset with Sammi.  The wind made the chill feel like thirty something.  Welcome to Winter; but will it last? 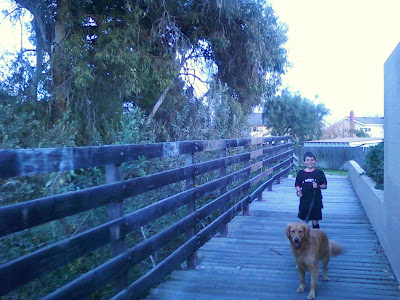 Walkway from Nevada to Foothill
I visited this park originally on Day 297.  This is located off Telegraph Road on Nevada Ave, which is between Saticoy Ave and Wells Road.  When I hiked it before, I wandered up and down the pathway along Nevada.  I figured that today would be a duplicate hike but I wasn't interested in just walking around Hobart Park.  So, after Ayden's soccer practice just as the sun was setting, I convinced him to walk with me. 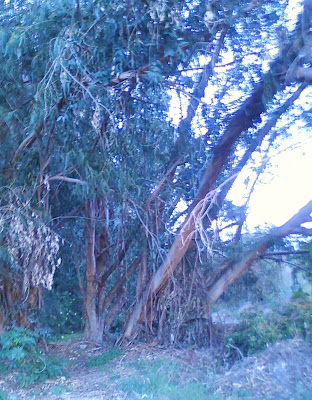 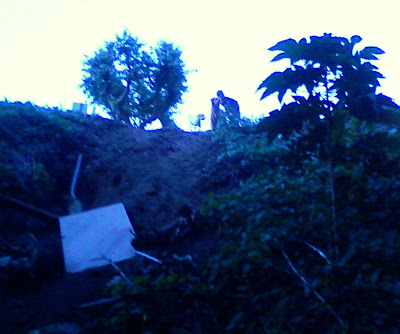 Looking up at Ayden and the dogs
So instead of turning back on the path we decided to tiptoe around Foothill.  It's a dangerous pass as the road is narrow but the other side of this ravine opens to a new path, hence new hike.  Then, shortly down the path I made the decision to drop 25 feet to the bottom: 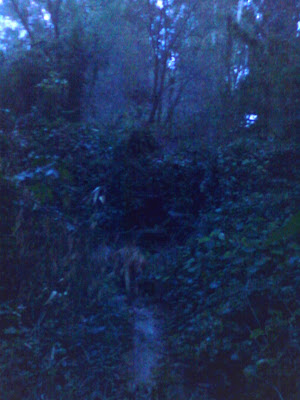 It's a jungle!
I'm taking this pictures with my cheap cell phone and with little light, I had to brighten up the picture with my computer.  This is the best I could do.  Really cool down here but I picked the wrong time of day to do this.  Instead of following the jungle trail, I climbed back up to Ayden and then looped around to Telegraph and back up Nevada.  Pretty cool hike... 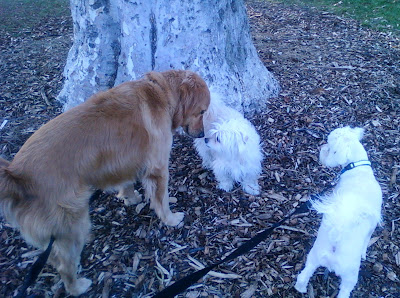 Sammi, Ziggy and a homeless dog?
This picture was taken at Hobart Park during Ayden's soccer practice.  Yes, we still have Ziggy.  He is the white dog on the far right (he has had a haircut since his last blogpost picture).  Not sure who this other dog is but I hope he's doing ok.

It was a long EOM (End of Month) for me.  I made pretty good money this month for a change but it exhausted me.  Thus, I kept it easy after work.  I picked up Sammi and drove around to the bottom of Arroyo Verde.  I did not run, I did not climb much.  I took the easy loop and called it a day.  At least I got a hike in because I really wasn't feeling up to it.  --I more than made up for this on my next day...
Posted by Jeremy Jacobus at 11:02 PM