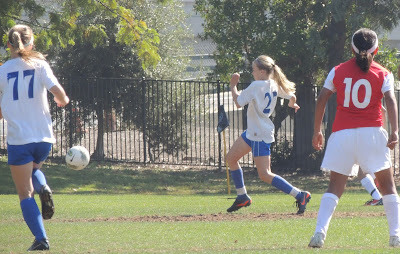 At Full Speed, Alyssa Charges after the Ball! 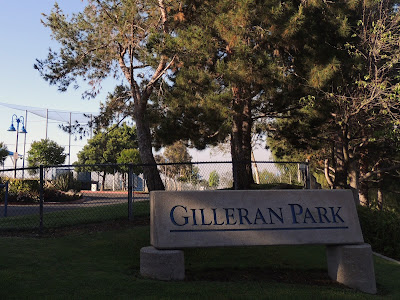 Directions:
From I-5 in Mission Viejo, exit on Oso Parkway and head East.  Turn left on Felipe Road and this baseball park will be on your right.  It was Day 2 of the Soccer Tournament in San Juan Capistrano.  Alyssa's Camarillo Eagles were 2-0 heading into the Semi Finals.  I dropped off the family at the park for warm ups and then left in search for a nearby morning hike, since I have already hiked the @#$& out of Rancho Capistrano.

Without a smart phone, I resorted to the GPS in the van and searched for the closest - largest green patch.  Oneill Regional Park turned up but the drive to the park entrance was too far.  So, I found another park overtop of it and settled for Gilleran hoping that some trails would lead down and in... 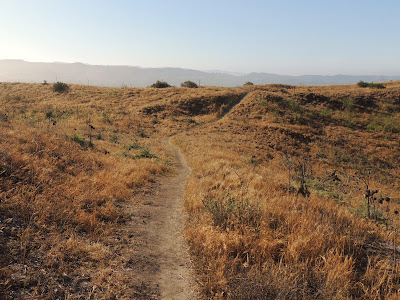 After passing the baseball fields, found the trails... 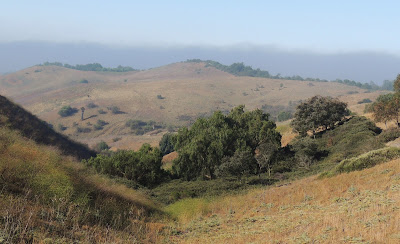 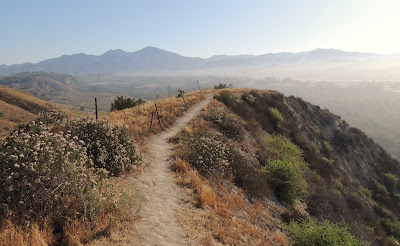 Took the trail to the north... 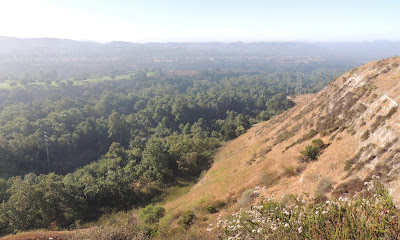 Looking back to the south Dead end this way, but more trails below 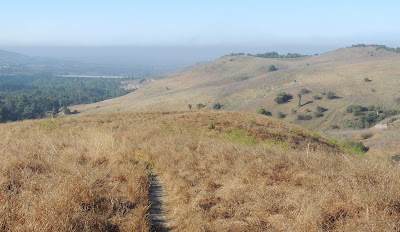 The trail to the south

In the pic above, Oso Parkway is in the upper left.  This trail leads down into it and I suspect you can meet up with the park system.  However, with time running out, I had to rush back...

Beating the $5 parking fee today, I found a spot on the street and hiked the long way in... 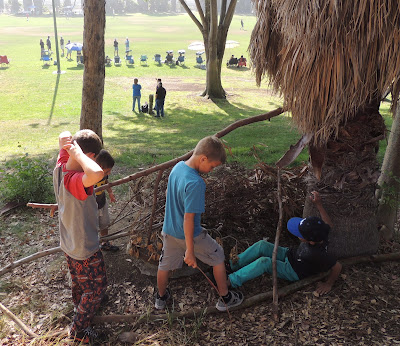 Found Ayden hanging out at a clubhouse 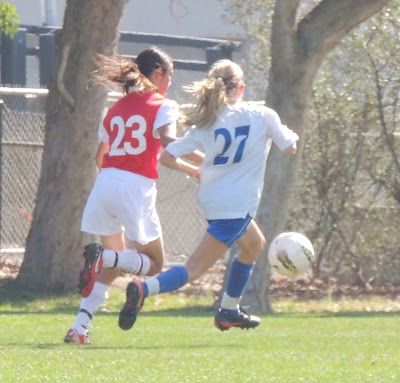 Alyssa Battles for the ball 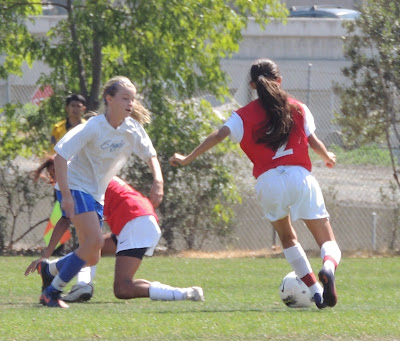 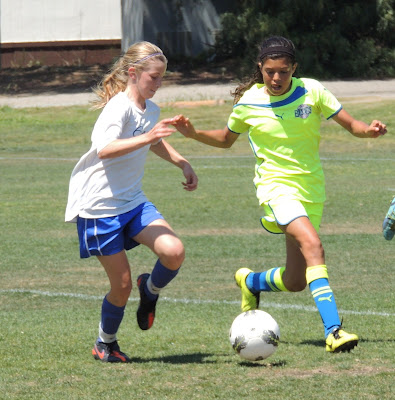 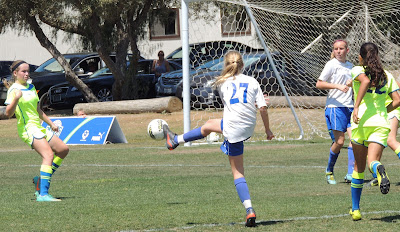 Alyssa times up the cross... 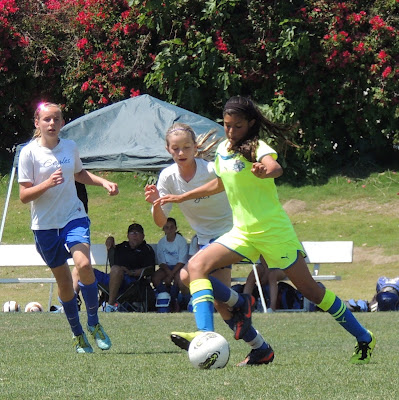 Battling inside for the ball 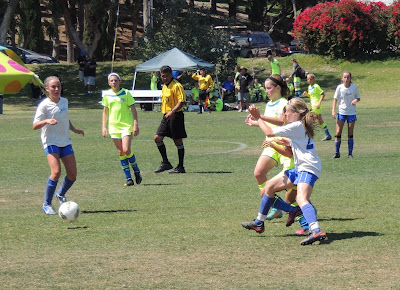 Step aside, this is my ball! 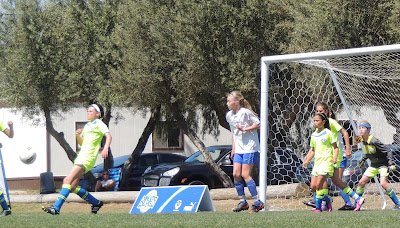 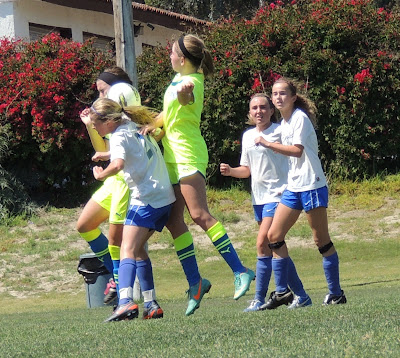 Get off My Back! 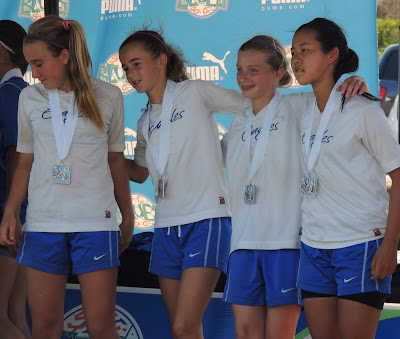 In the Final Minute, Eagles Tournament MVP Izzy crossed the ball to Alyssa and she headed it into the Goal for the Score!  This brought back memories from the Vipers Day's.  I jumped up, screamed - Cheered!!!  -- Only to find out that the side judge ruled the ball out of bounce before the cross.  What?!  The Eagles earned a corner kick but could not convert.  They lost the game 2-1.  But, that didn't seem to matter much.  The action did not stop and the call was not made until after the Goal.  Sure, it didn't count, but the impression that it left us all with was very promising.  Great Game!

Posted by Jeremy Jacobus at 9:24 PM