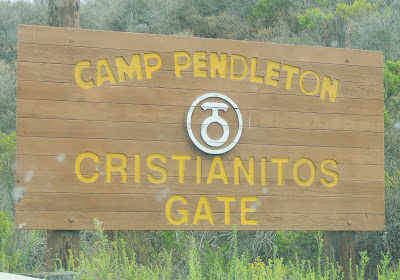 This shot was from Sunday where the Camarillo Eagles beat Beach to advance to the Semi Final round.


On Monday morning I called off work to watch the Eagles vs the Surf Club.  Before the game began I did my ritual warm up hike around the soccer fields.  It was a much different atmosphere being that most of the teams had been eliminated...


Unfortunately, this is where the tournament would end.  The Eagles lost 2-1 to Surf and finished 3rd in the Tourney...

Now that the tournament was over we began to head back to Ventura.  It was only 10:00am so we had all day to conquer this 3 hour drive.  Needing more hikes under the belt, we drove one city up along I-5 and exited at Encinitas Blvd.  This park is on the right and there is a a hiking trail that treks to the north.

Unfortunately, after the long weekend of events, my camera batteries were dead.  Hence the reason why I had no pictures of the Semi Final game.  I wasted the shot on the sprinklers :).

Next stop along the route was the Batiquitos Lagoon.  We parked at the state beach and then walked inland around the lagoon.  It wasn't very accessible so we kept it short here...

We parked near the small Cannon Park and walked along Carlsbad State Beach.  This opened up to another lagoon known as Aqua Hedionda.  It was barely noon, a bit chilly still and kept our route short, back to the car in search for lunch and another trek...

Bypassing the Buena Visata Lagoon we made our next stop in the city of Oceanside and walked along the beach and the pier.  We also had lunch :)

After Oceanside we were basically forced onto the freeway to keep heading north due to the military base Camp Pendleton as seen in the title pic for this blogpost.  I took at the camera after the long rest and was able to muster out a few pics before it went dead again. 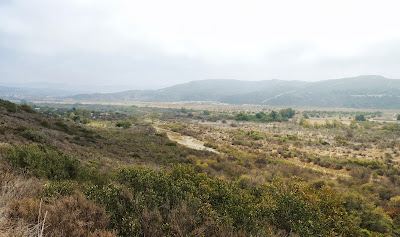 You park along a street which heads up a hill to San Mateo Campground.  If you turn back the other way on the other side of the freeway there is a long cement path which will take you to the beach.  There were many people parked and hiking with their surf boards and what not.  Interesting area anyway...

We drove quite a way north until finally stopping here.  This happened because I've already tackled most of the coastal parks and then the freeway heads inland.  The day was growing old, my wife and girl were getting frustrated and we did need to head back to Port Hueneme to cover the late shift at Chill Out Frozen Yogurt.