DAY 108: INDIAN SPRINGS PARK
Date: Wednesday March 2, 2011
Miles: 3.75
Elevation Gain: 700 Feet
Time: 1.5 Hours
Difficulty: Finding the trail?
Reward: Reaching the top!
Description: Once you know where to go, walking across of the hilltop is amazing.
Where: Oak Park, CA
Directions:From the 101 Freeway in Thousand Oaks, exit on Lindero Canyon and head north.  Turn right on Rockfield St (about 1.5 miles from the 101).  The park will be on the right. 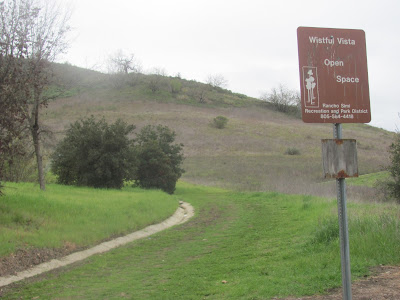 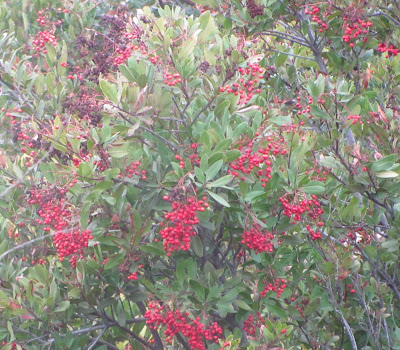 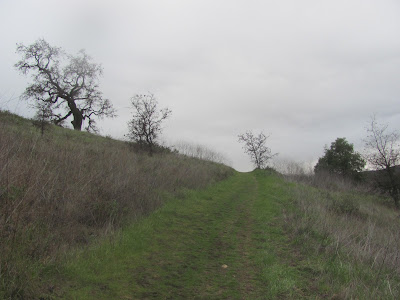 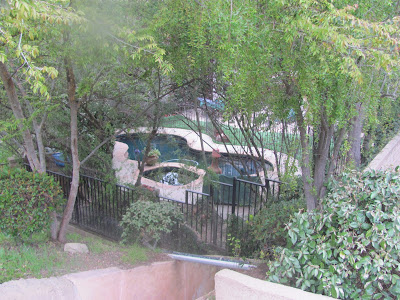 **So, I hiked up to the top of the hill and ended on a paved road.  Up and to the right was a water tower.  It looked like a dead end so I turned left and headed down the road.  STOP, do not go down.  It ends...  However, I found a place to go in between the fences and it navigated me across the cement drainage system behind the backyards.  The house above was just one of many that had a pool... 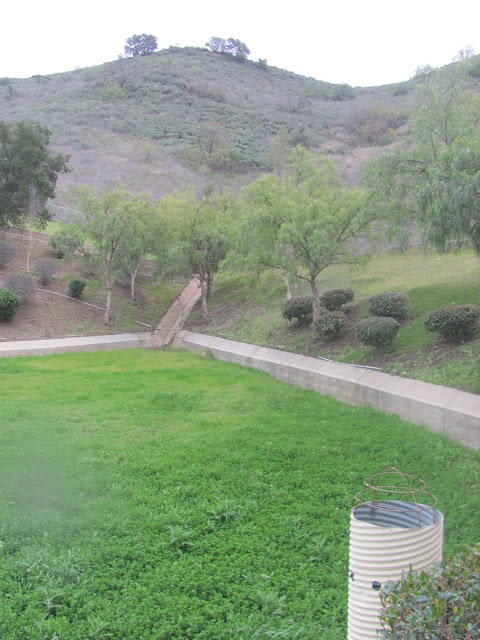 Ok, not sure what this little field was all about but it became a dead end.  The hills above were fenced off and there was no trail.  A driveway led to the street however a locked fence kept me in.  Ok, so I turned around and walked behind the back yards again.  Let me tell you, the footing was not easy and I felt bad because the houses were close, the dogs were barking and everyone had windows without blinds.  I wasn't looking in but I'm sure some of the home owners saw me... 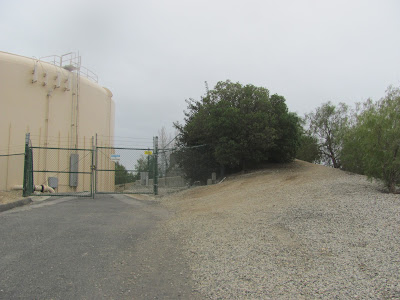 I decided to head up to the water tower rather than going back to the car.  I had thought about it because it was drizzling, but I had my rain gear on and I was out for a good hike.  Look, to the right of the road, a place to go... 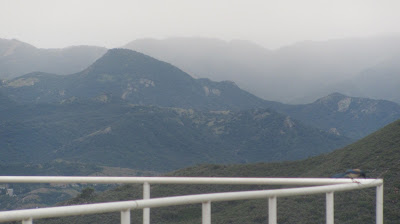 Around the water tower was another cement road that took me up even higher.  At the end of the road was a fence and to the right of the fence was another trail.  This is hard to see but look around, you'll find it. 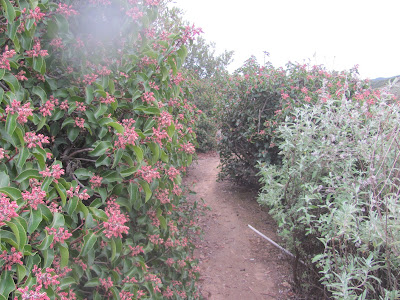 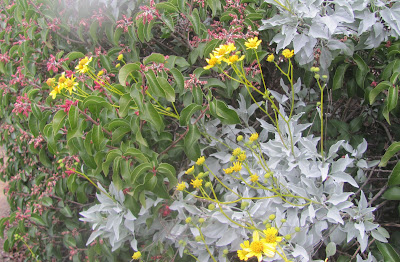 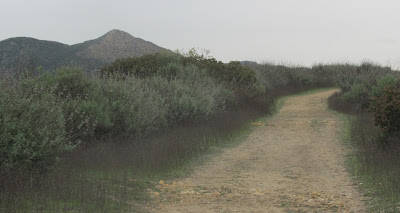 At the top, there was a T-Junction.  I turned left, because I felt like it :) 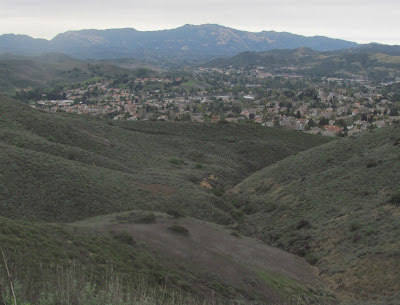 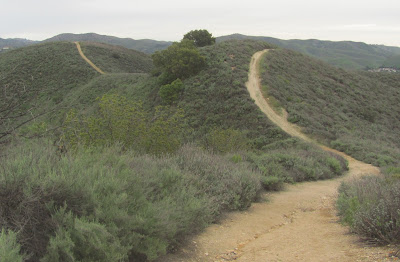 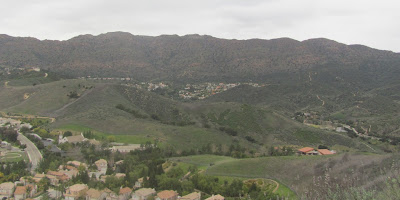 Across the top of the hills you can look back on Indian Hills Park, where I parked, and eventually you end up on an intersection.  You have the option to go three different ways or head back.  I decided to take the trail to the left to loop back to the park.  This trail headed lower and then I realized quickly that it wasn't really a trail at all.  The picture above is a snapshot of what I did yesterday.  Looking back at the past is pretty cool.  If you notice the building in the lower right corner, zoom in and you will see the lake.  The hill heading to the left is what I hiked...
Back to today; I took this evaporating route down to a fence.  I jumped the fence and lowered to the drainage system above the yards.  This is not where I was earlier in the day but i knew if I went to the left it would join up.  After awhile, I had to jump another fence again.  I realized that I could have done this loop without jumping any fences but I must have missed the cut.  I then jumped yet another fence, which led me to the backyards where I was before.  This led me back to the park and I got back just before the downpour.  I was still wet, but it felt pretty good!
Posted by Jeremy Jacobus at 9:26 AM