Between Los Angeles & Palmdale, exit the 14 at Aqua Dulce and drive 2.5 miles to Valasquez Rocks: 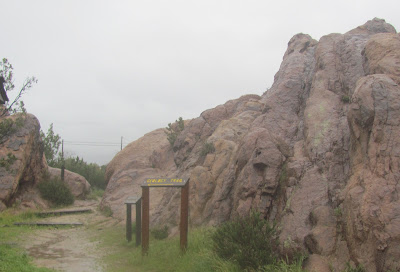 Small Geology Trail at the front of the park 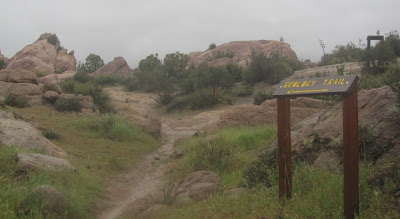 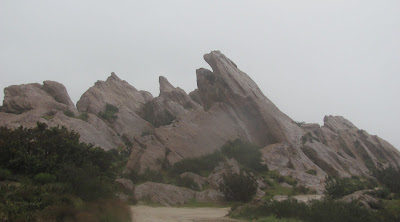 This area has been used for many Hollywood Movies 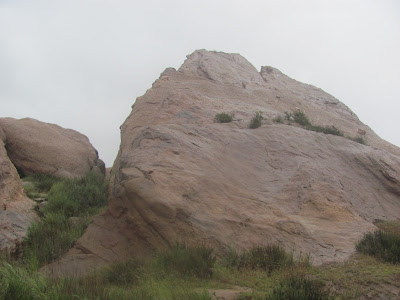 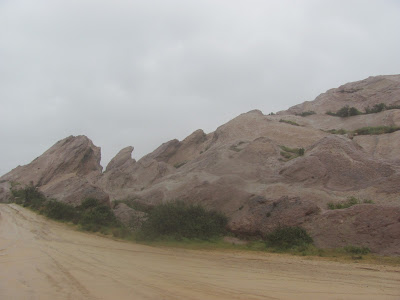 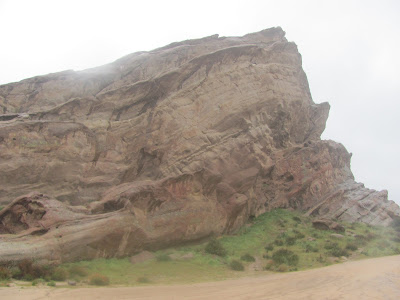 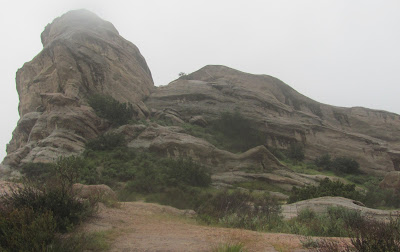 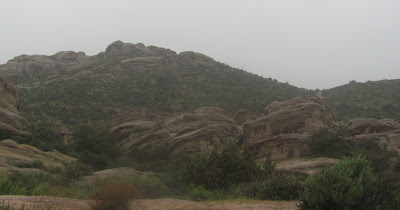 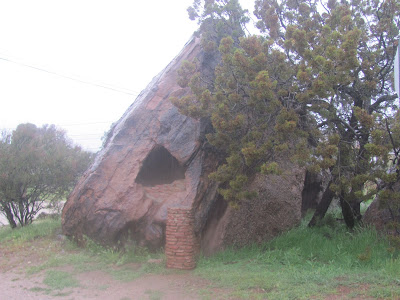 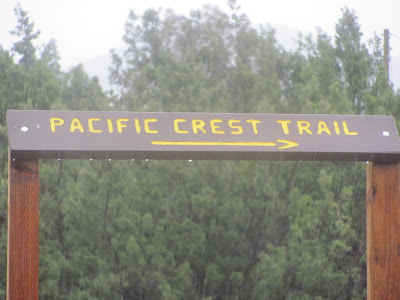 **This was my first ever sign of the PCT Trail, (the 2600+ mile hiking route from Mexico to Canada).  Every avid hiker dreams to complete this trail.  However, I didn't even step foot on it!  The soccer tournament was a disaster of sorts, but the girls did manage a 3rd place trophy!  The rain was wicked, sideways and cold!
I bribed the family to visit this spot but the short Geology Trail was the only hiking truly accomplished.  This part of the PCT is the closest to my house and it is also the closest the trail ever comes to the Pacific Ocean (about 60 miles).  **I hiked about 1.5 miles and + 50 feet eleavation total today.
**In the next few days, I nearly gave up the dream of hiking daily.  Many reasons contributed to this and I initially announced on Facebook that I was throwing in the towel.  However, before midnight that next night, I stormed out of the house and completed a walk around Arroyo Verde.  It was then I came up with an enhanced idea to keep me motivated.  Of course, the rules of finding new locations changed slightly to occasionally going back to the same location and altering the trail where I could.  **I am editing this post now on May 18th, 2011.  This was my turning point.  I still manage to find a way to classify a hike each day by stepping foot on at least some new soil, every single day, no matter what!  Even if I have to push through some thick shrubs where I shouldn't be.  I combine that with at least a mile of real trail and no need really for an addendum to my goal because I am accomplishing what I set out to do...
Posted by Jeremy Jacobus at 7:12 AM