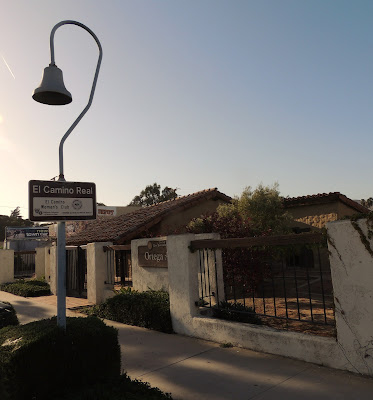 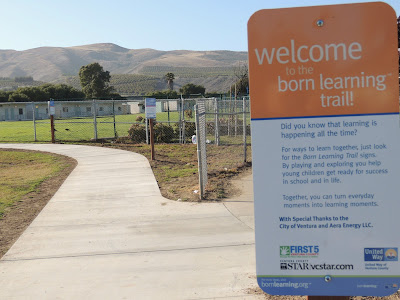 Directions:
West Park Community Center: From the Avenue in Ventura, turn down Harrison and head west to the very end.  West Park is on the left and the brand new Born Learning Trail is on the right!!! 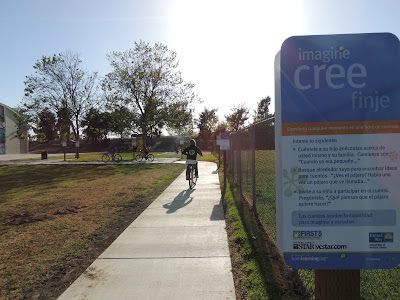 We read about this trail in the Newspaper

It was a nice write up.  Something to the effect that it took them an extra month to finalize the trail.  Not sure how much money went into this, but the trail is essentially just a very short sidewalk with a half dozen signs around it.  If I ran at top speed I would have completed this trail in under 8 seconds!

The signs are meant for kids to interact with nature.  I guess there are other such trails throughout Ventura County.  I don't know, this area... I suppose there is good intention here but the way this trail is set and presented, I don't presume it will be utilized for its purpose.  I have a hunch that within the next six months, there will be graffiti on these sign.  At least someone in some administration made a few bucks on this one.

In the same Extra Newspaper from the VC Star, I read about the newly completed Harmon Trail, this is at Kimball Park and I have taken it, just didn't know it had a name.  That 1000 foot of concrete cost 2.6 million dollars!  Now I give them the fact that there is a small bridge and several trees that they needed to contend with, but really, 2.6 million?!  I just don't get why all these non profit and/or community projects come with such a hefty price tag!  Wait, I get it...  Lol, I really ought to start my own non-profit like I had intended to.  If I could raise just $100k, I'll take $50k for myself and with the other $50k, I'll create a new 10 mile trail through the wilderness.  Give me a shovel and it's on! 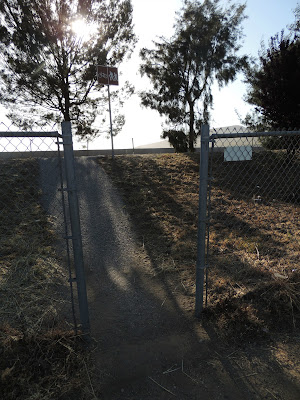 On our bikes, we decided to take the Ventura River Bike Path back to Downtown VTA (it's like a mile from here).  Of course if you turn right from here, it would be a half marathon ride to Ojai... 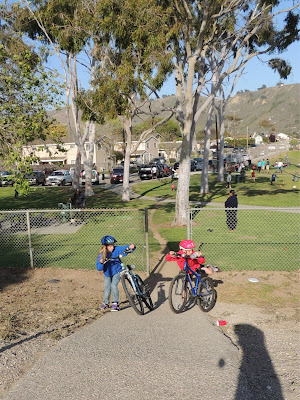 Ayden struggles getting up the hill 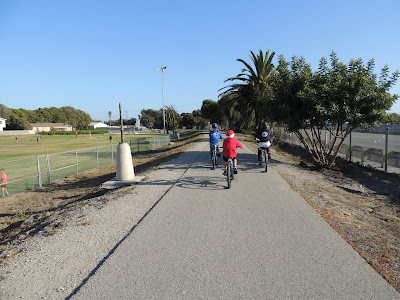 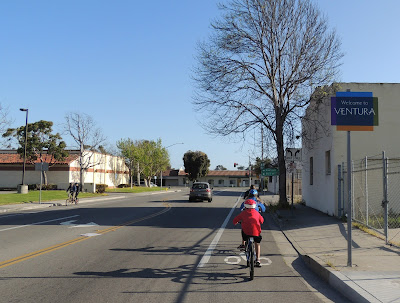 taking it to the streets 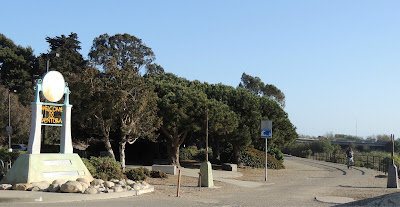 Leads to Promenade, but we kept to the streets 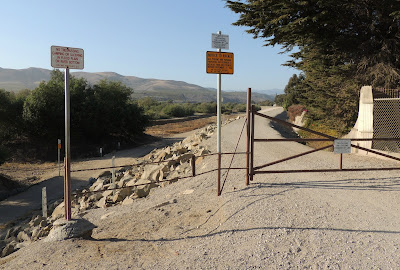 Secret route on the north side of the 33

We had planned to ride down here today.  Jess said when she drives down the 33 she sees people jogging down here all the time.  She thought it was a new path but legally, this is off limits.  Many of the homeless live down in there so we left it alone and continued down the streets to Santa Clara... 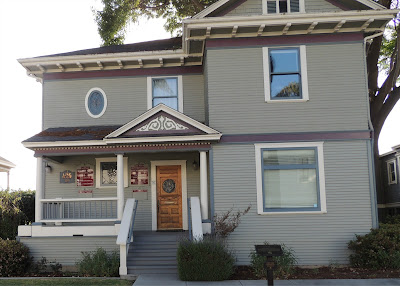 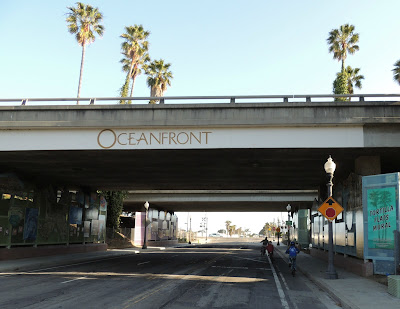 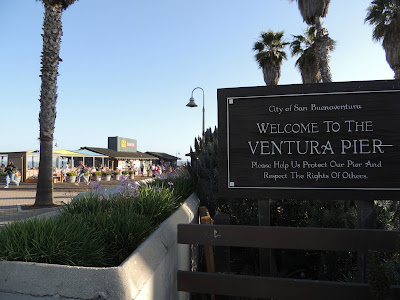 Above the Ventura Pier 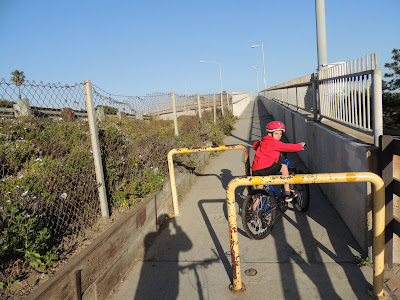 People Bridge across the 101 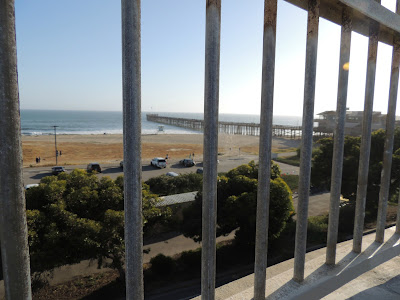 First time for me on this - Looking out over the pier 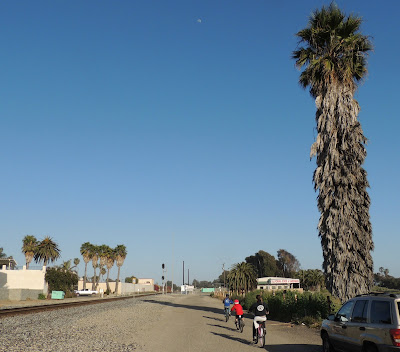 California Door & Hardware alone down here (Out of Business?) 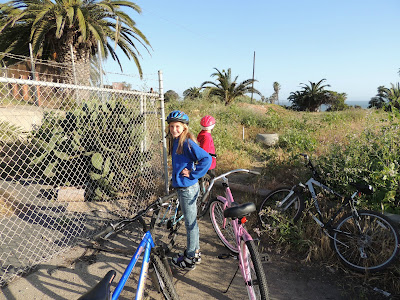 Directions:
From the corner of South Ash Street and East Front in Downtown Ventura, follow the train tracks down to the California Door and Hardware... 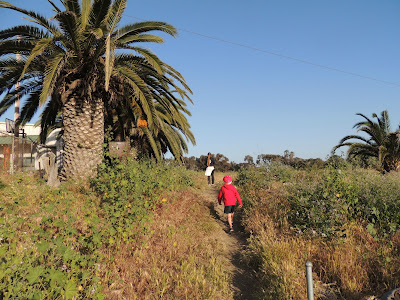 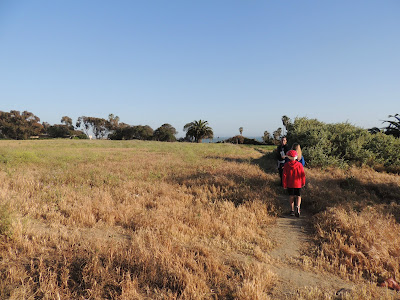 Open fields, several trails.  Man, this land is worth some money! 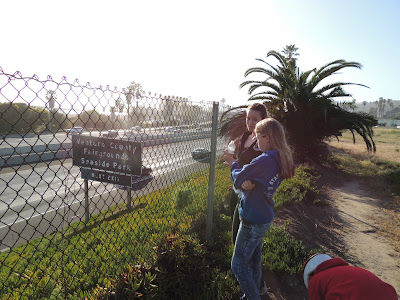 To the fence line 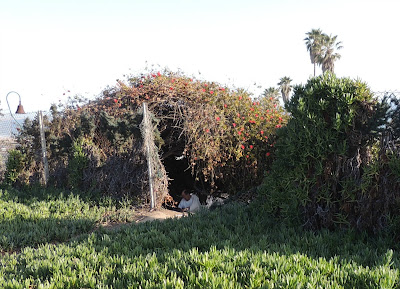 Hobo living in a nest 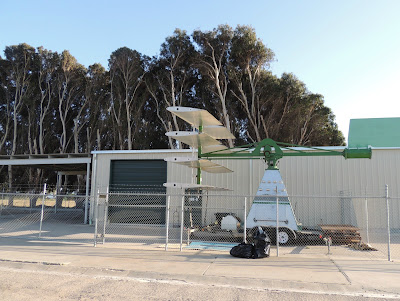 We got out of there and from this, concludes the hike.  To be continued...

Posted by Jeremy Jacobus at 9:34 AM