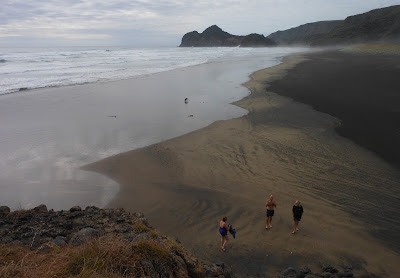 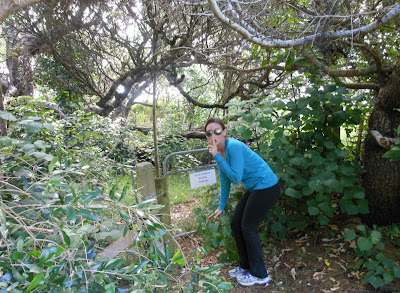 The Private ***Track begins behind our Cottage
* Tramping is the New Zealand term for Hiking
** Monday at Noon New Zealand Time is 3:00pm on Sunday in California
*** In New Zealand, they refer to a Trail as a Track 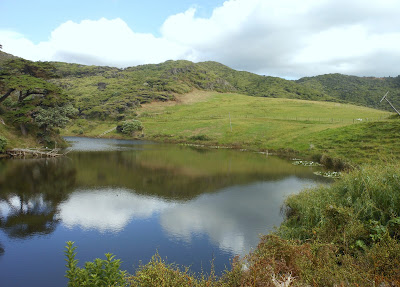 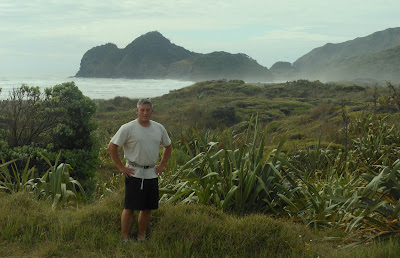 The Track leads to Bethells Beach 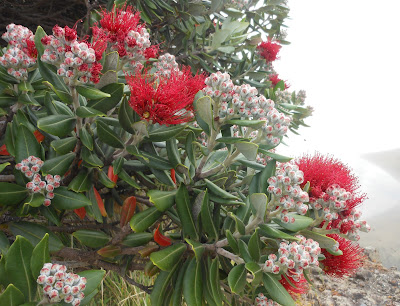 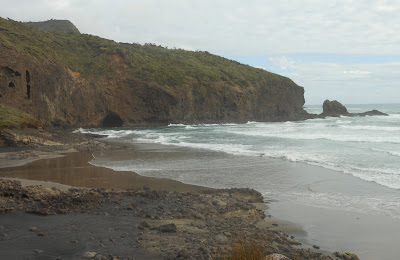 Views of the Tasmin Sea from the hill at Bethells 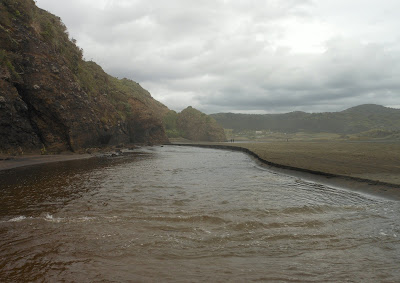 Shania Twain: Forever and For Always

In this spot, there is a slow moving river flowing into the sea.  It's quite impressive how the waves roll in, meet the rushing water and swirl around.  I crossed the knee deep water and entered the caves in search for Glow Worms.  I went as far back as I could, to a crawl, but did not see any.  According to John, they are more noticable at night.  He explains that the breeze blows in this way and essentially pushes insects into the caves.  Glow Worms live off spinning webs like spiders and eating the insects.  I will have more on this later in our trip.

Jess and I were married nearly 4 years ago.  Kinda ironic that we are staying in the same cottage that Shania Twain did.  Our wedding song was:

Shania Twain: When You Kiss Me

**Although this song was not filmed at the beach, the previous one was.  What a coincidence... We won this trip from Let's Make a Deal!  Thanks Wayne Brady. 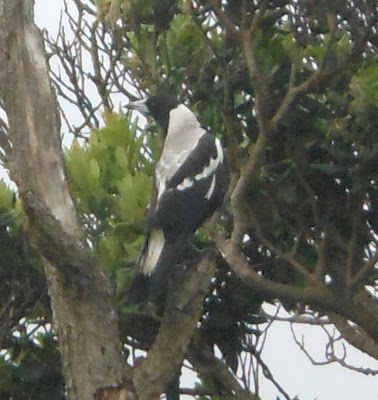 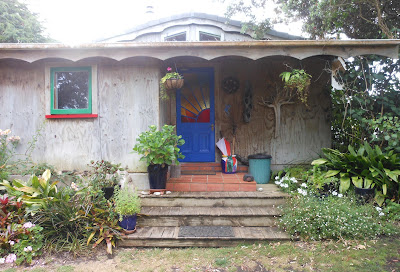 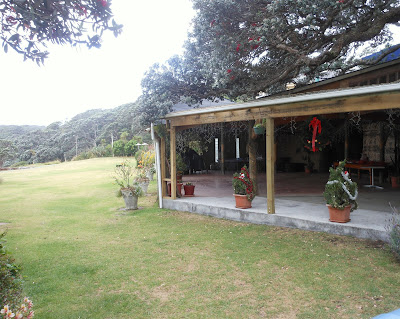 The hall outside our cottage
Thanks﻿ John and Trude for welcoming us to your home.  They have three cottages on the property and we were the only guests for this week, so we got the big cottage :).  John built the unit himself from the design to the hammering.  Over my stay at the Bethells, I became to really admire John.  What a great guy!  Full of knowledge, logic and humor.  He brewed his own beer, made pizzas in the pizza oven he built and we shared in a couple games of chess.
He explained that Trudy Bethell and her family have owned this land for many generations.  Essentially, the own the beach and their relatives are also many of their neighbors.  They game from the UK and their family tree dates back to the 1600's.  About a decade or so ago, they were proposed with an opportunity to sell out.  Thank goodness they didn't!  The entire situation reminds me of a movie that Jess and I just saw; The Descendents starring George Clooney.
Over this next week, I will be updating the blog with some amazing waterfalls, tramps and beaches.  Meanwhile, I already did my hike today with Sammi and I am ready for bed -- for work tomorrow :(...
Posted by Jeremy Jacobus at 5:03 PM