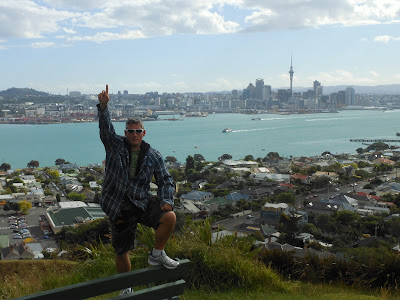 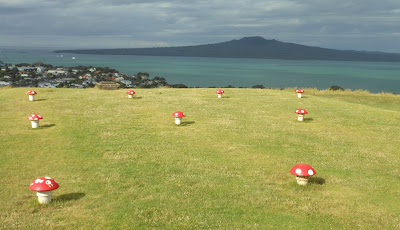 
Rangitoto Island formed just 600 years ago from a volcano that errupted out of the Tamaki Strait.  We will climb this later in the trip... 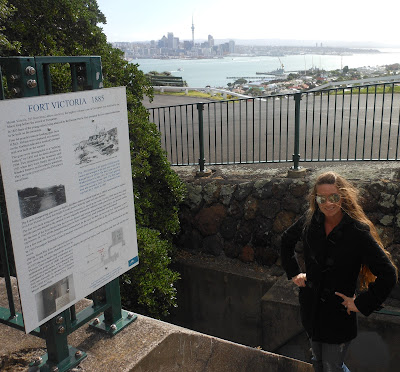 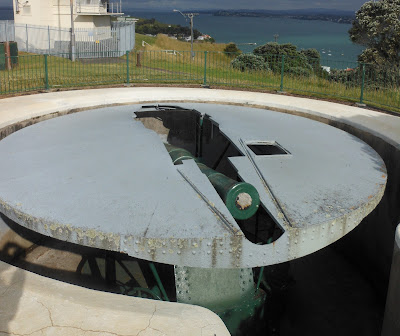 Due to Japan bombing Pearl Harbor the United States entered the war... 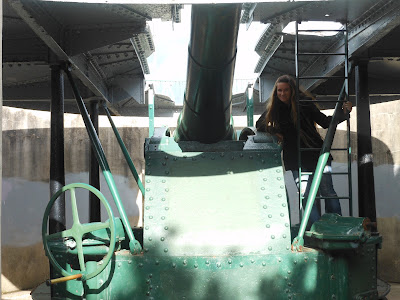 The US presence helped save New Zealand from the Japanese.
With only 4 million residents, surely less then,
they wouldn't have stood a chance. 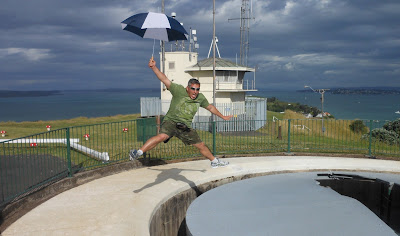 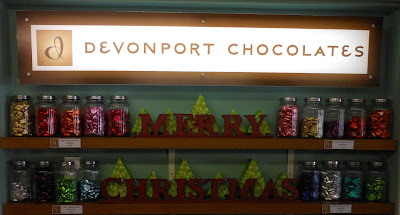 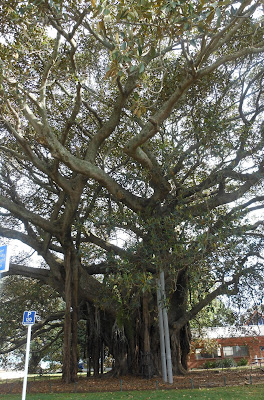 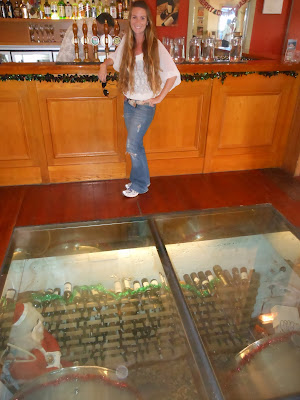 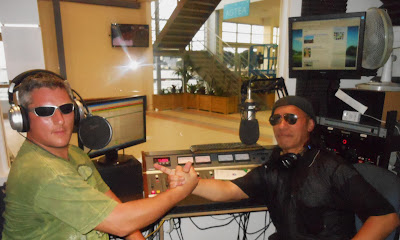 On the radio!
Look at the computer monitor behind the DJ's head; It's my Blog!
We randomly walked around the entire town.  We climbed Mt. Victoria, strolled the Main Street, drank beer and then walked to the wharf where frequent tourists normally arrive by ferry (we drove across the harbor bridge to reach Davenport today but the ferry ride may have been faster).
It was early evening and the enclosed pier was mostly dead, with exception of the radio station.  You can view the DJ as you walk through the wharf so we thought it would make a good picture to pose next to him.  DJ Mike Star invited us in his booth and we chatted for nearly an hour.  He first spoke to Jess on air about the trip we won and then I began talking about hiking.  It was truly a unique experience.
Click below to listen online to 88.2 & 107.1 FM (Strange, 88.2, an even number)
http://theflea.co.nz
Earlier that day:
Day 387  Tramp 423/403
Tuesday December 6, 2011 (New Zealand)
Downtown Auckland - New Zealand
My Tripometer: 5 Hours 5 Miles  +200 Feet 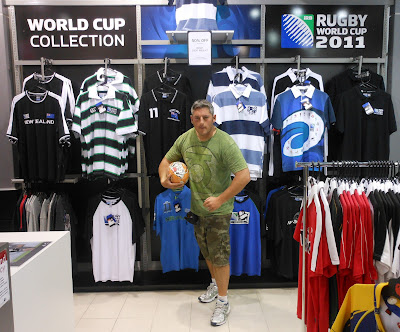 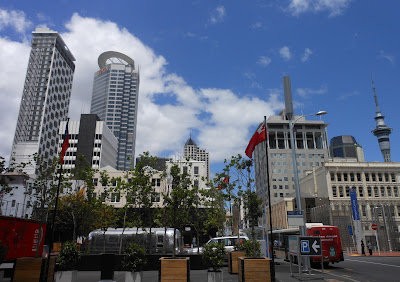 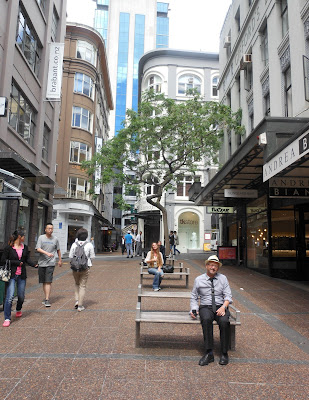 Somewhere near Queens Arcade; Can you spot Jessi? 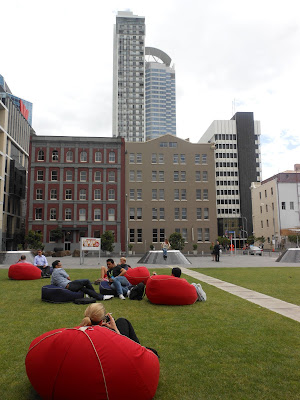 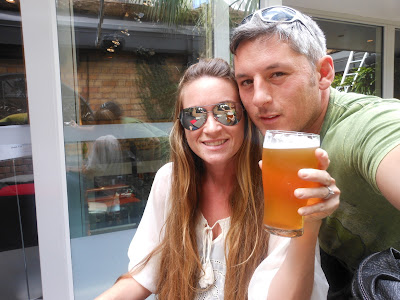 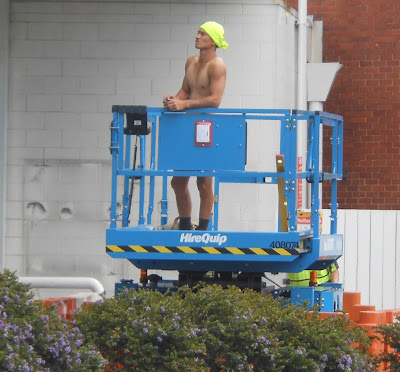 Construction working in the nude? 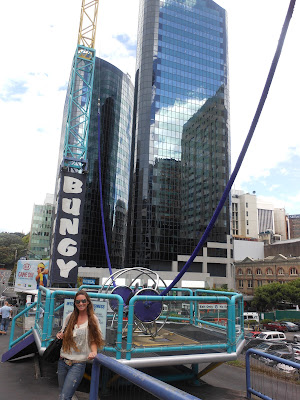 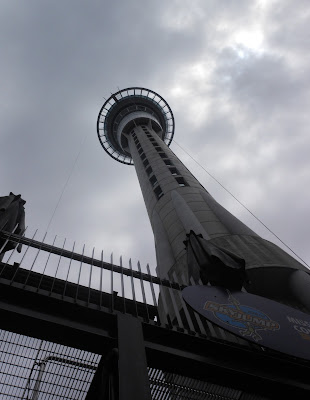 ﻿Jumping off Sky Tower!
...Ok, so we didn't Bungy or suicide jump off Sky Tower but we did walk and shop all day.  We found Valet for $15, way cheap, and I tried to tip the guy.  I learned that in New Zealand and Australia you don't tip.  At first I thought my $2 coin was an insult because the guy refused it but John explained that wages are set appropriately where tips are not necessary.  Cool...
Posted by Jeremy Jacobus at 9:43 PM