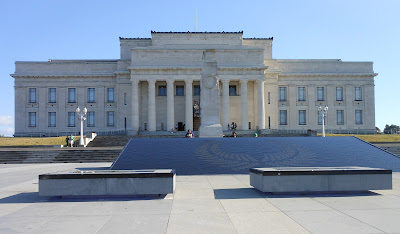 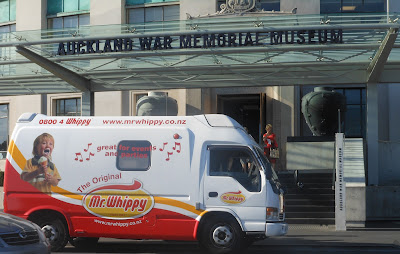 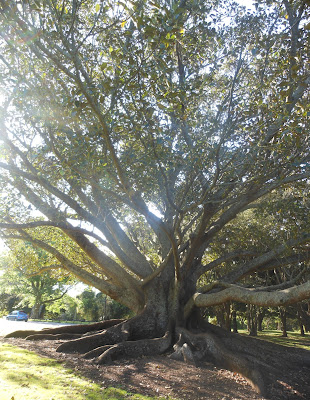 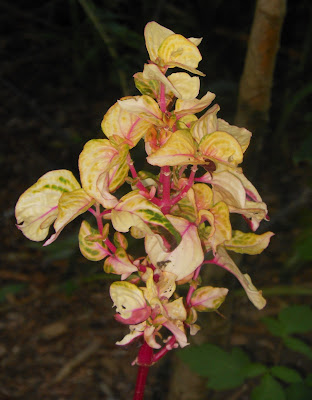 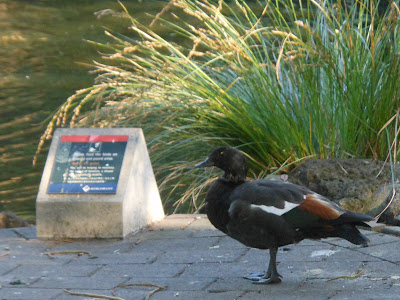 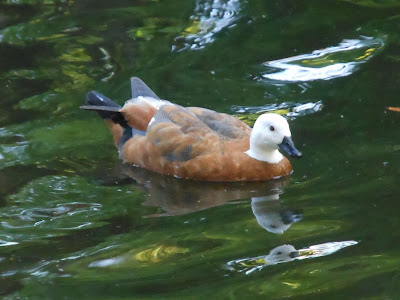 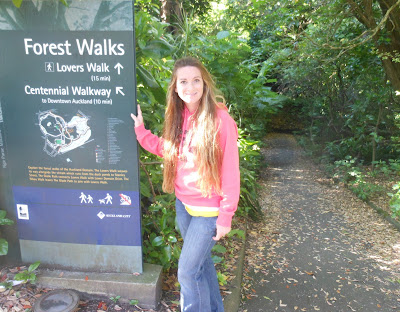 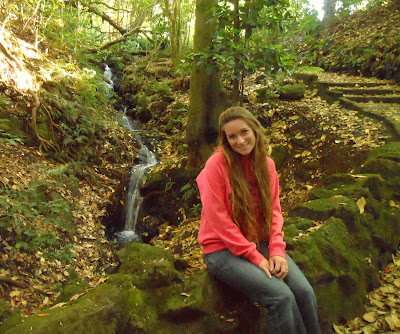 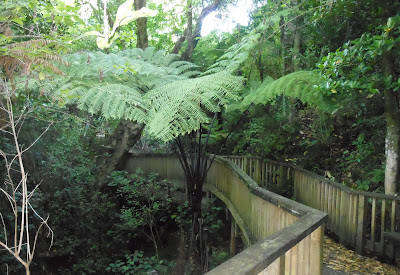 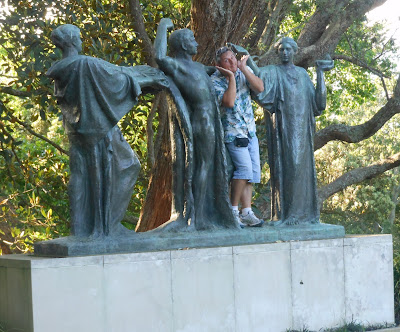 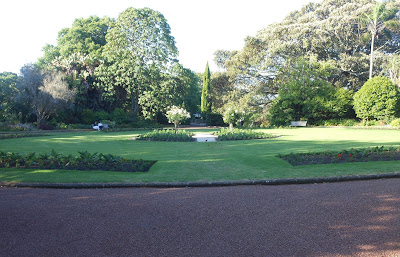 Now where are we? 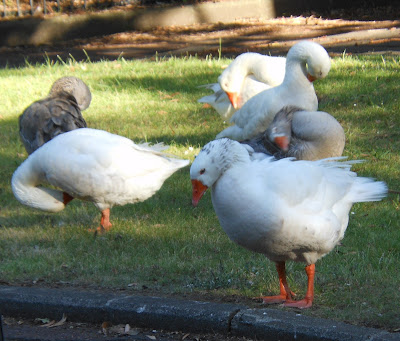 Clean as a cat 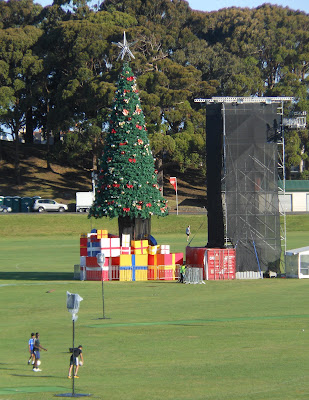 Christmas in the Park
When we were on the radio the other night, the DJ told us about Christmas in the Park at Domain.  It was a random chance that we drove out of downtown Auckland after our ferry ride and discovered Domain.  Of course, the all day concert would take place on Friday & Saturday.  We were a day early but it's all good.  We had a great time here and then even a better time at Bethells for dinner.  With Trudy in Wellington for the day, John agreed to heat up his pizza oven.  We rolled out and made our own pizzas!  John brought out a couple jugs of beer and we enjoyed the pies with good conversation.  Jessi even ate her entire plate; good stuff!
The evening only got better from there!  I learned that John was an avid Chess player.  After we made pizzas for the next day, Jess continued on Skype with her sister in Washington State while John and I battled.  Most recently he has been playing more often than I.  He has experience against a former New Zealand Chess Master and he plays with his friend a few times a month.  In addition, he plays online at InstantChess.com.
No excuses but I was a bit intimidating because John is one of those logical types, but so am I.  I really haven't played much chess lately and in fact, the last time I played a face to face game was when I was in Cleveland last winter where my Uncle Alan took me out easily.  I knew my uncle was highly intelligent and was aware that he has a keen sense for strategy.  I shouldn't have underestimated him by playing like a gunslinger, but I did and lost for it.  This time, against John, I was going to play very careful.
John was white and opened with his Queen pawn, a move that I am not fond of defending against.  Nevertheless, the battle lasted a couple hours and jugs of beer.  Probably around move 18, I saw about 5 moves up to begin exchanging which would lead me to pinning his rook to a hanging pawn.  The sequence worked out as planned and I went up a pawn.  My position was good and finally castled for defense by move 25 or so.  The game continued another 10 moves or so and we were each down to one Bishop.  I maintained the pawn advantage, 5-4.  He offered me a draw.  At first I said no way, but then decided to accept.  It was late but after quickly analyzing the board, it was evident that I would have beat him if we played it out.  It's all good though, I will take the draw being black.
We would play one more game of chess before the end of our stay.  I wrote down the notation for that game and will share it on this blog a few days from now...
Posted by Jeremy Jacobus at 4:43 PM