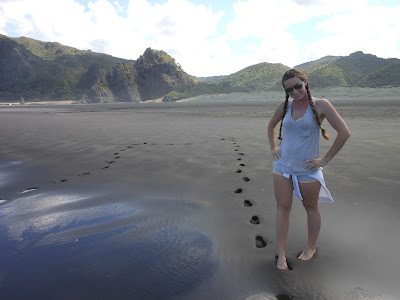 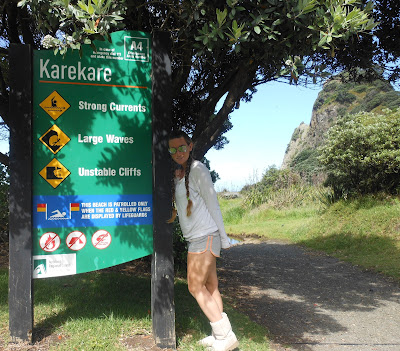 Today my goal was to complete our quest in the Waitakere Ranges.  There are enough trails in this area to keep me hiking for a month straight with no breaks.  Some tracks could take several hours but our mission is to keep it simple.  From Scenic Drive at Elevation Bar, turn down Piha Road.  About 15 minutes down Piha (45 minutes from Bethells) turn left to Karekare.  Drive slowly down the windy road and it will lead you to the car park. 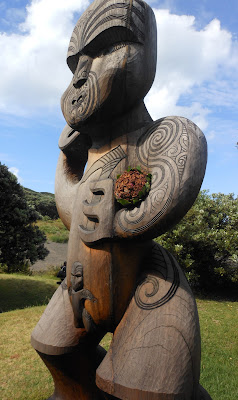 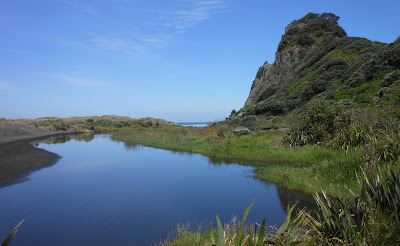 We saw some Chinese tourists who trounced through the water to reach the beach.  There was no other way from here to do it, but I thought this didn't make sense so... 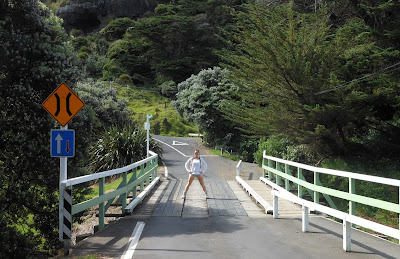 ...Cross the one-lane bridge
There are many one lane bridges off of Scenic Drive from Bethels to Whatipu.  Actually, in all of New Zealand.  One of the big headlines on the news while we were in town is that after a decade+ of complaints, an 80-year-old one lane bridge was finally replaced with a two lane bridge.  The reports state that traffic jams with up to a 45 minute wait were common.  --In these hiking regions, its absolutely not necessary to change the width of the bridge.  Of course, if the Scottish would have developed Cornwallis, this would have been a different story. 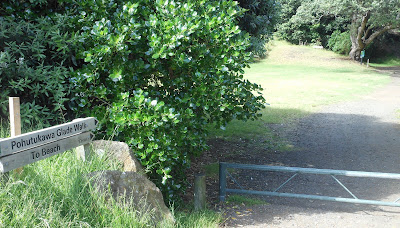 The trail to the beach begins on the otherside, just as I thought..
. 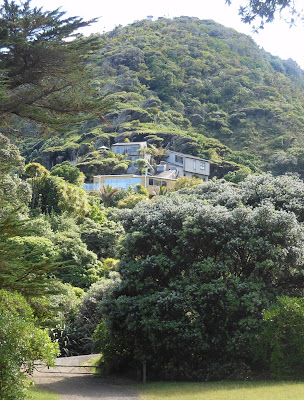 Looking back at the house built into the rocky hills 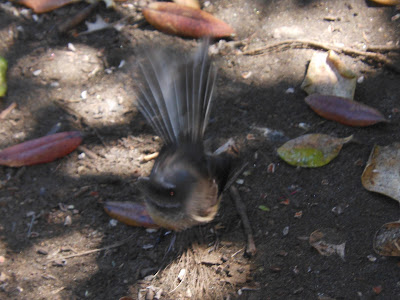 A Fantail
Oddly enough, when John and I were playing Chess the previous night, he mentioned this bird.  He explained that they are common in the area and will fly up behind you after you walk across the dirt.  As you trek, insects are commonly stirred up and the Fantail feeds off the insects.  I compared it to a dolphin following a boat.  The Fantail showed no fear.  He was quick but came within inches of us. 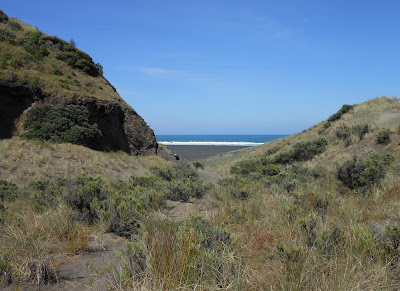 After a few minutes through the forest, you cut across the black sandy greenery and finally reach the beach.  It seemed longer than 10 minutes.  We pased several other trail options including a "Cave Track" which lead to a lookout, but we stuck with the beach path. 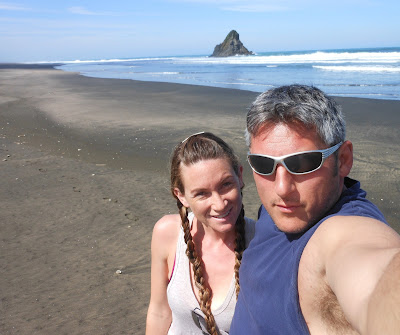 My lovely wife and my 99 cent shades 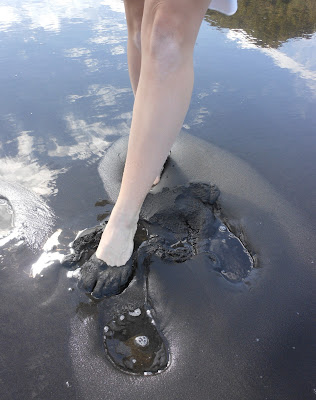 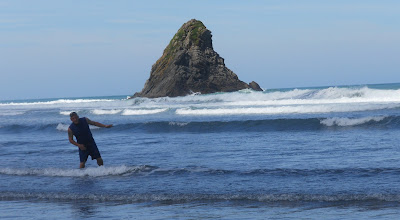 The Tasman Sea was active 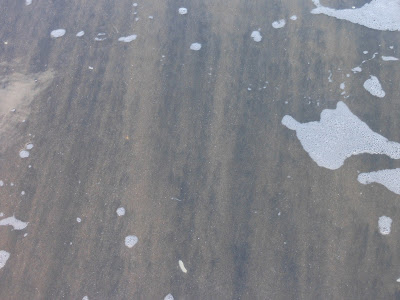 The water was so clear! 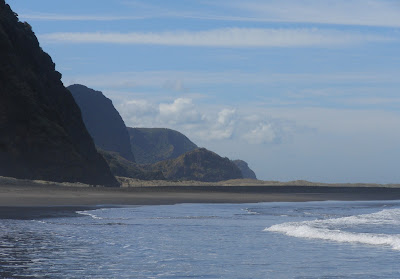 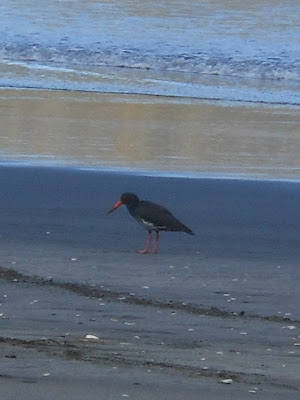 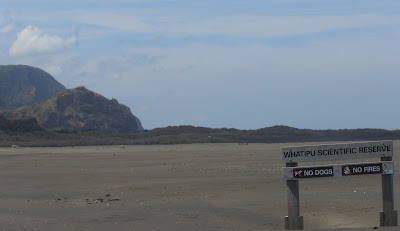 With no roads in between, it would take several hours, perhaps all day to hike the beach all the way around to Whatipu.  This land is for sure special. 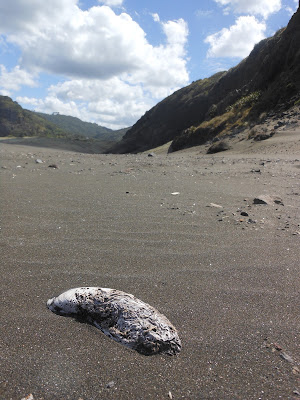 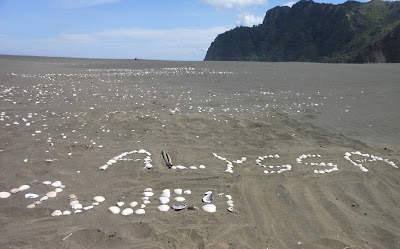 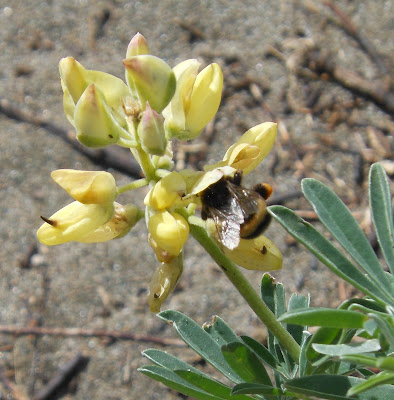 A Bumble Bee
We did not intend to spend two hours here today, but we did.  Next, off to see some waterfalls...
Posted by Jeremy Jacobus at 7:03 PM