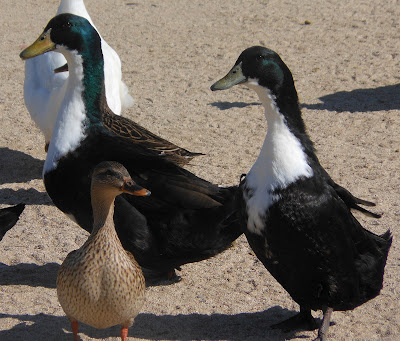 An oasis in the middle of the desert?
Directions:
Take the 14 Freeway North from Los Angles all the way to Lancaster.  Take exit 46 Avenue G and turn left.  Follow this for a couple of miles and you will see the oasis off to your right.  Turn right on William J Barnes Ave.  You will pass an airport on your left and at the end of the road you will reach the oasis (Apollo Park). 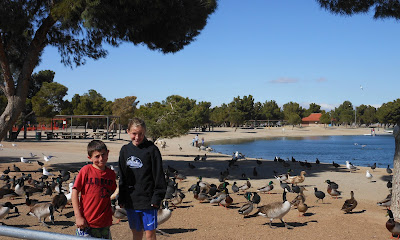 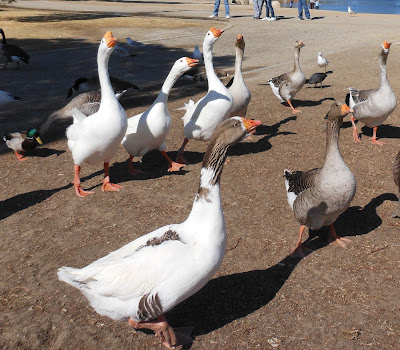 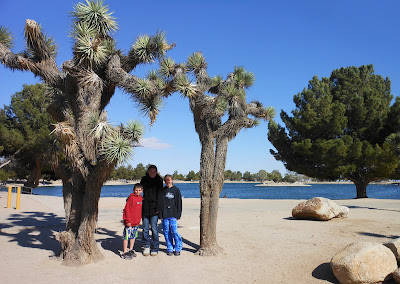 one of two cool lakes (fishing is allowed) 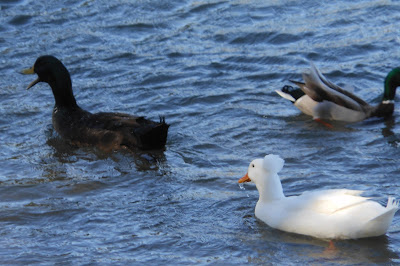 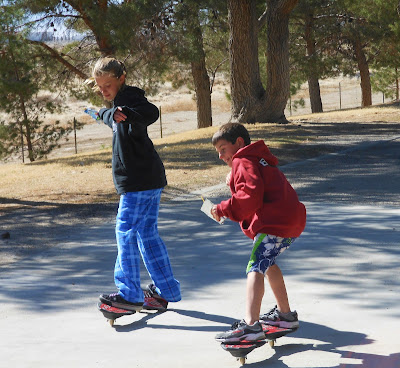 The kids took their ripsticks around the lake 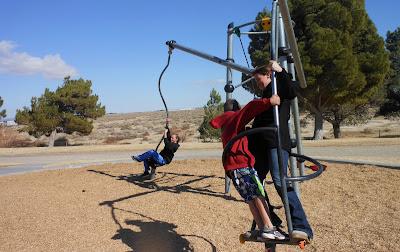 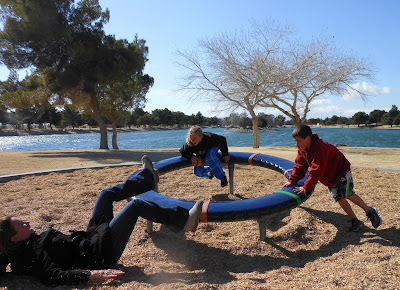 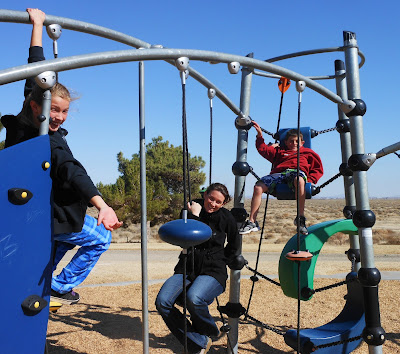 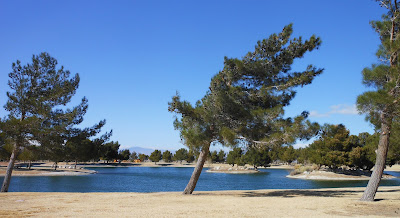 It was very windy and cold!  Is it always windy in Palmdale/Lancaster? 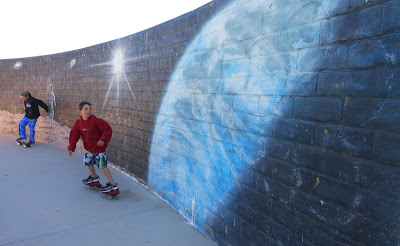 Ripsticking on the moon
I must say that this was one of the coolest, if not THE COOLEST PARKS I've ever been to.  A total shocker.  This was a last minute decision.  I saw a blotch of green on the map and look what turned up.  Amazing! 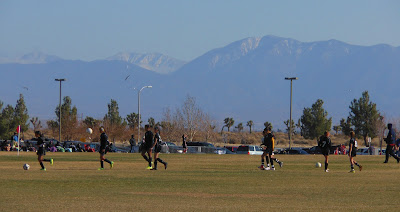 Boo Beach Team!
It was a long fought battle that ended in a 0-0 tie!  We dominated the game.  The ball was on the Beach defensive side for nearly the entire game.  Alyssa took several shots and offered several assists but we just could not score.  The gusty wind, 40mph+ at times, may have contributed.  The tie is going to hurt us in the overall standings but this is a long playoff tournament bracket.  We'll be back next weekend for two more games...
By the way, I did not consider the soccer game a duplicate hike this time because I did not put forth the intent of effort to do so.  Just keeping it real...﻿
Posted by Jeremy Jacobus at 10:59 PM