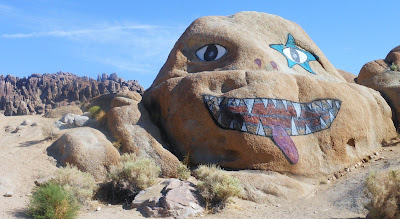 Face Rock in the Alabama Hills
Directions:
From Mammoth or Bishop we began to drive South down the 395.  Along the way... 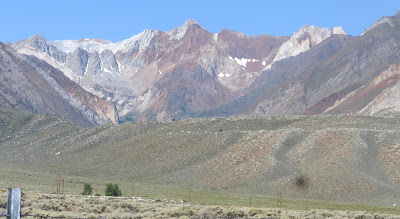 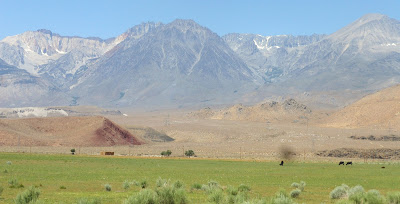 Wildlife viewing along the 395 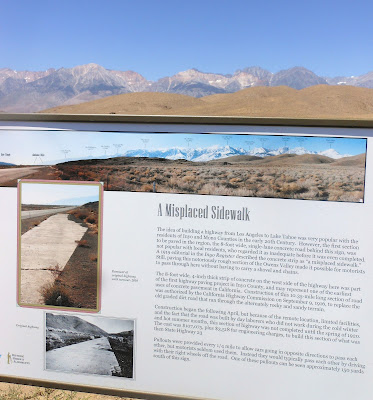 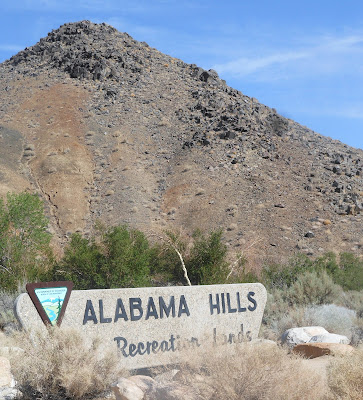 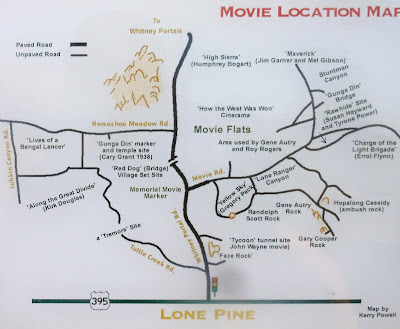 The Map
This was not a planned visit, nor did I really study the map that I was taking a picture of until I came home.  However, Ayden and I did make a hike out of it. 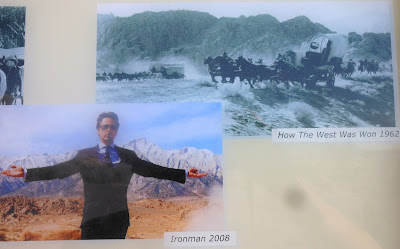 The picture of Ironman helped Ayden get out of the car
Directions:
From Los Angeles, take the 5 North to the 14 North to the 395 North into Lone Pine.  At the only intersection in town, turn left at the traffic light.  This happens to be Whitney Portal Road, yes, Mt. Whitney!  Just a few mils up on the right you will notice the Alabama Hills sign hidden in the brush.  More noticable before the sign is Face Rock. 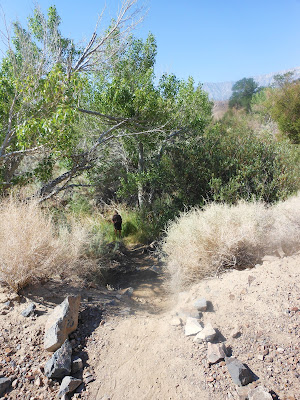 We began to hike back here behind the sign
It was hot and the trail turned into a desert like bore after this small creek.  We didn't stick around long and decided to head back.  However, just up the road was a turnoff and we noticed some guys fishing... 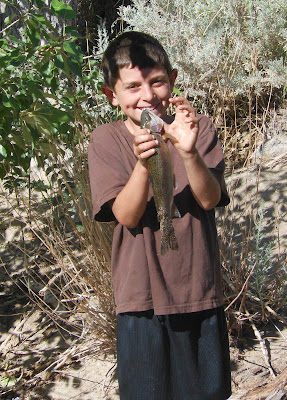 Ayden caught a fish!
The guys let him hold the fishing line and he quickly caught the biggest fish all day.  Lucky grab! 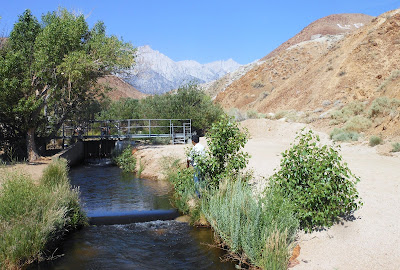 Mt. Whitney in the back.  LP on the hill for Lone Pine
I will have many better pictures of Whitney later in the trip.  For now, our destination was Horseshoe Meadows.  We continued past Movie Road and then turn left on Horseshoe Meadows.  On the left there was a neat rock formation so we pulled in... 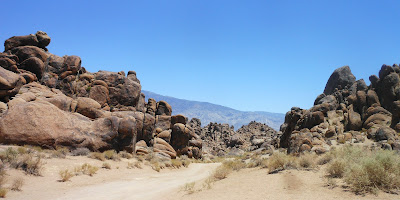 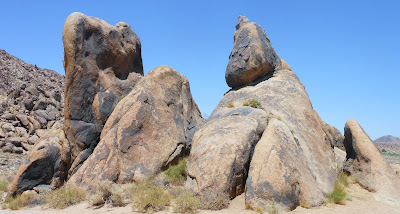 Awesome Rock Formations!
Discovering the Alabama Hills placed us behind schedule but without further delay it was onward up to 10,000+ feet...
Return to CaliHike.blogspot.com HOME PAGE
Posted by Jeremy Jacobus at 10:52 PM