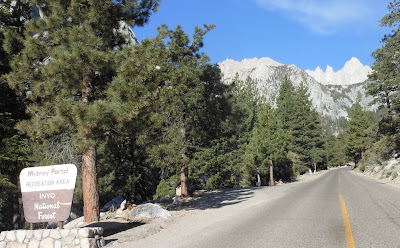 Mount Whitney straight ahead!
Directions:
From Southern California take the 5 North to the 14 North to the 395 North and in the town of Lone Pine, turn left on Whitney Portal Road (the only traffic light).  Follow this all the way to the end (13 miles). 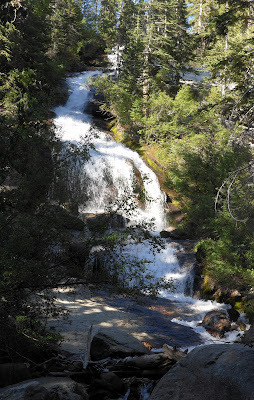 Waterfalls near the free parking area
﻿ 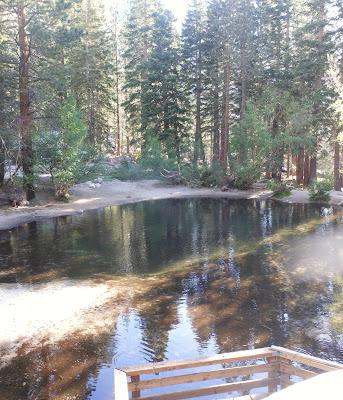 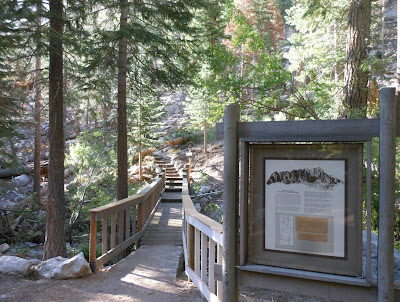 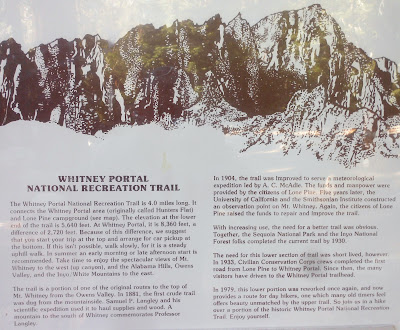 We hiked this for a few moments but turned around because our goal up here today was to just scout out the area... 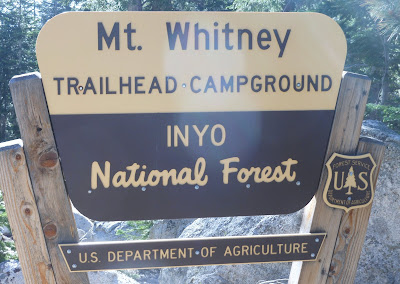 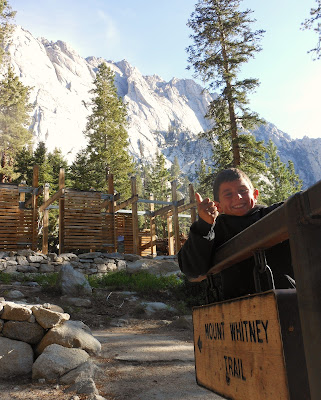 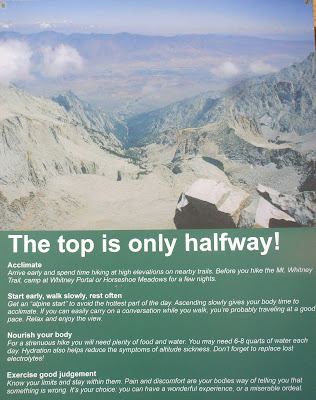 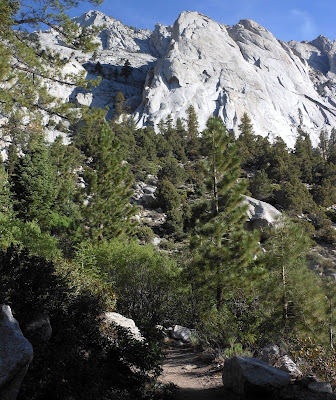 Hiking on the Mount Whitney Trail 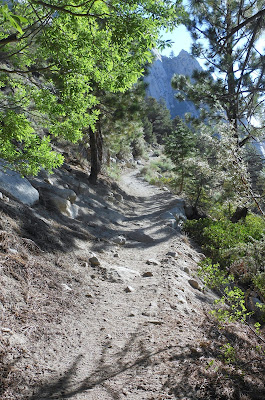 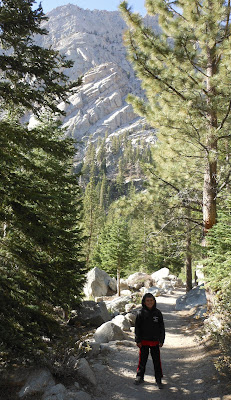 We quickly turned around 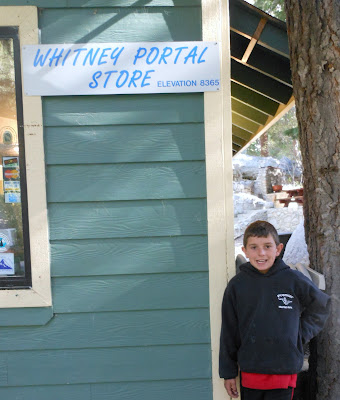 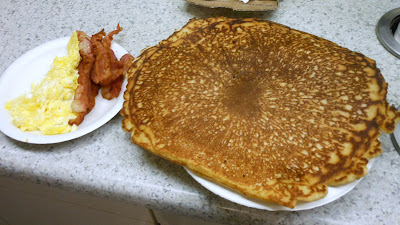 Breakfast; The biggest Pancake that I've ever seen! 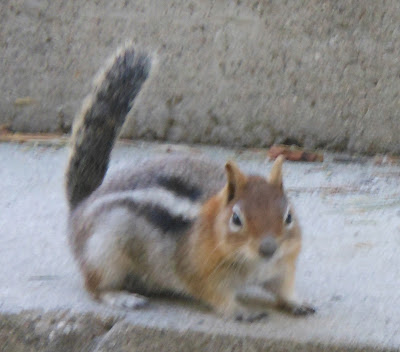 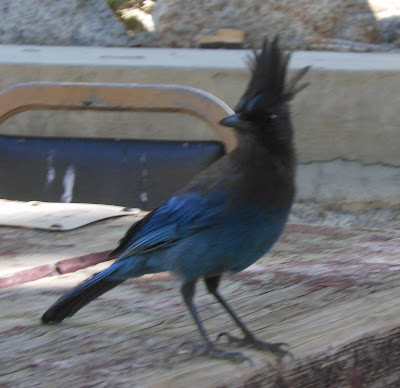 At Horseshoe Meadows there was litterally dozens of chipmunks running around but I could not take a picture of them.  At Whitney Portal, they came right up to us while we were eating.

Mount Whitney has 99 switchbacks to the top.  There would be no way we could do this today as the distance is something like ten miles each way.  However, Ayden was excited and said that he wanted to come back to climb it.

I researched online for the youngest person to climb Whitney and discovered that a 7-year-old climbed it last year with his dad.  I read further and found out that the now 8-year-old will be climbing Mount Kilimanjaro in Tanzania, some 19,000+ feet.  Good Luck kid!

I'm quite certain that I will return to Whitney and accomplish this mountain.  It is my goal for day#1000, just one summer away from now.  We'll see what happens...
Posted by Jeremy Jacobus at 5:18 PM