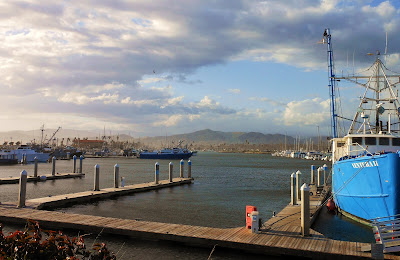 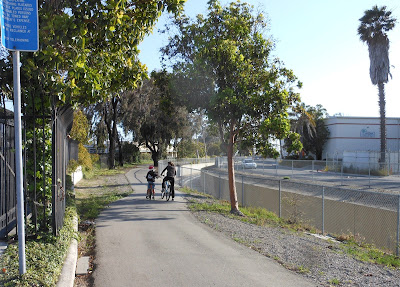 Found a New Bike Path
We went to the Trek Bicycle Shop behind Target on Main Street in Ventura.  After they fixed my tire, Jess, Ayden and I started roaming the neighborhood.  We circled around aimlessly for awhile, I guess that's what happens when you put an 8-year-old as the line leader.  However, we encountered a new found bike trail, at least for us.  The picture above was taken at the corner of Market Street and Arundell in Ventura.

Just beyond this point we crossed some train tracks and the pathway led us through the strawberry fields.  To the right was a fenced off barranca system and beyond that was the 101 bridge with a couple of homeless people standing around wasting time with their pit pull.  The path itself seemed pretty safe and it was a very legit cut through to the harbor area.  After about 1.5 miles? we ended up at the Four Points Sheraton Hotel.  We cut through and around and ended up at the harbor... 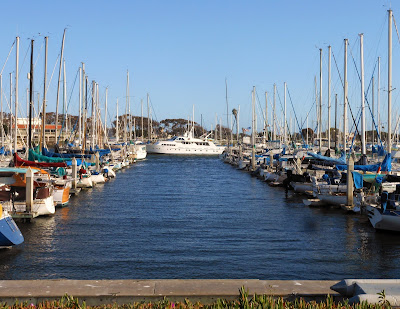 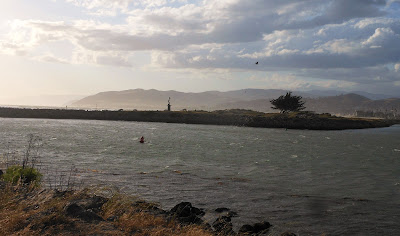 The Russian Statue across the water at Shipwreck Park 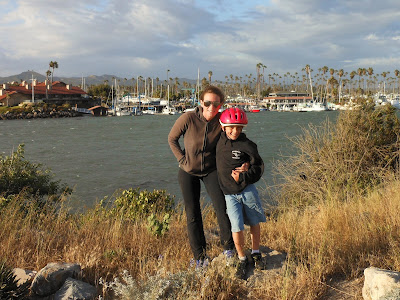 It was a cold and very windy day!
We walked around this area for awhile.  I heard on the radio this morning that there were dozens of 800+ pound seals sitting on a dock in the harbor.  They said it was collapsing the docks but we walked around and couldn't find anything.  Other people were also there and they said the seals likely took off because of the wind.  The gusts were 60mph and it was steady at 45mph+.  This made riding quite difficult but we pulled it off. 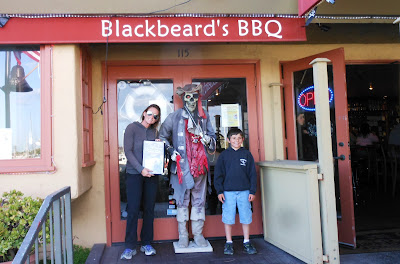 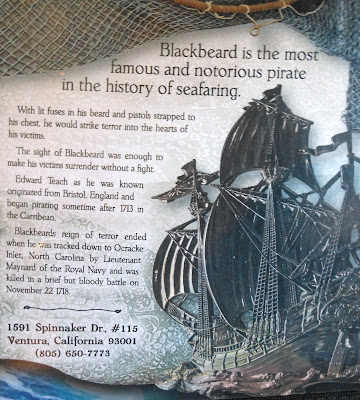 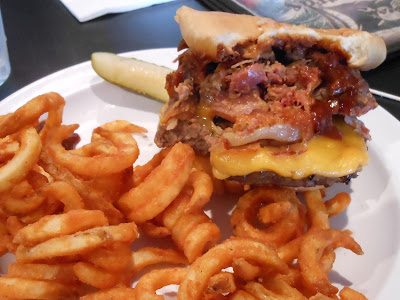 My Meal - This explains why I am stuck at 220 pounds!
The food was okay, it tasted pretty simple but I enjoyed it, because I enjoy food!  Sure, if you go to Ventura Harbor this place is okay to eat at.  I would have preferred a beer or three but...  The best place to eat in the harbor is Milano's, but that is just my opinion.
Before dark, we took the long route back to our car and called it a night.  I don't do many bike hikes but I made sure that I trekked at least a mile on foot...
Return to CaliHike.blogspot.com HOME PAGE
Posted by Jeremy Jacobus at 11:05 PM