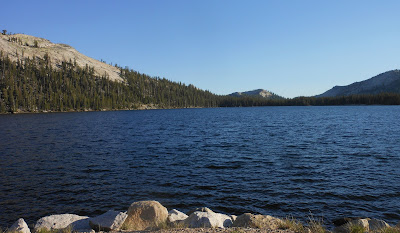 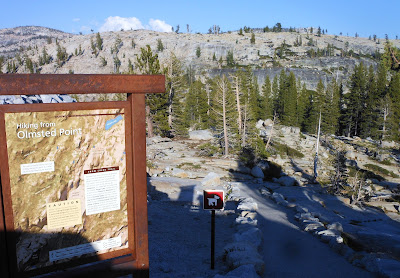 Olmsted Point
We were driving up the 120 from Yosemite after a long day.  Our goal was to find some grub but the 120 had absolutely nothing.  Vending on some left over snacks in the car, the ride became quite tiresome.  I needed to pull over for a nap and I found Olmsted Point.

I awoke from the pure beauty up here.  According to the sign, the Snow Creek Trail from here leads to Tenaya Lake which is just 1.6 miles away.  Much further, the trail continues 10.3 miles to Touoluma Meadows.  This is all to the east, the direction that I am going but I think I'll drive there instead.

To the west, the trail dangerous descends into Yosemite Valley.  According to the sign, many people have lost their lives attempting this trek.  The trail can be confusing and treacherous.  However, the 0.2 mile walk to Olmsted Overlook looks doable for me.  However, Ayden is sleeping so I just tip-toed out a bit to snap some pics... 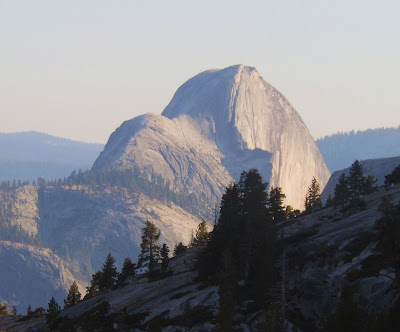 Half Dome from the 120
This post represents my last hike of the day.  It is a conglomerate of many short wakings to bring the long ride alive... 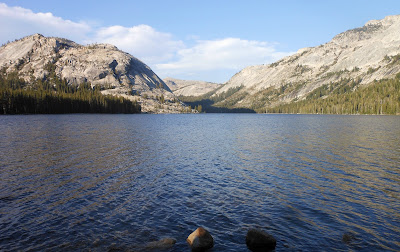 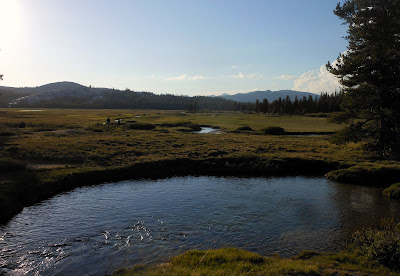 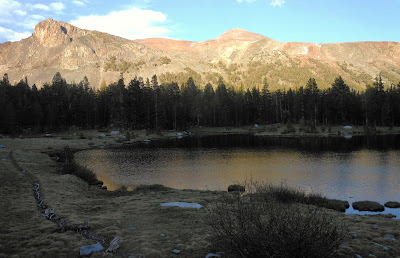 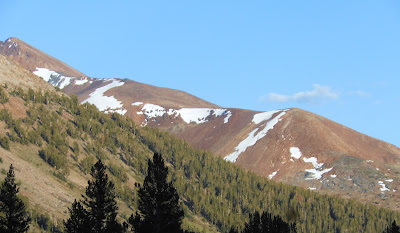 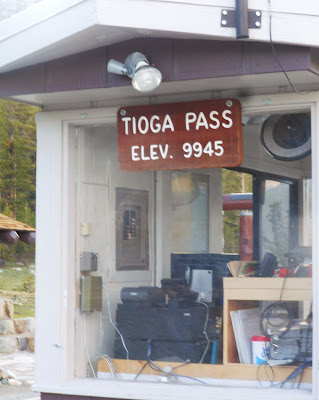 More of an elevation gain than I had expected... 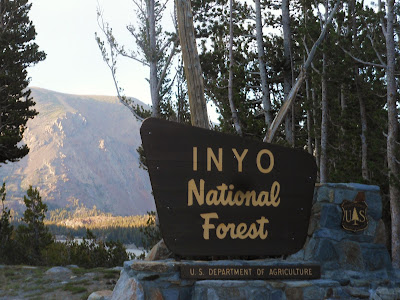 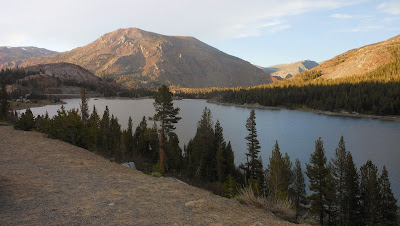 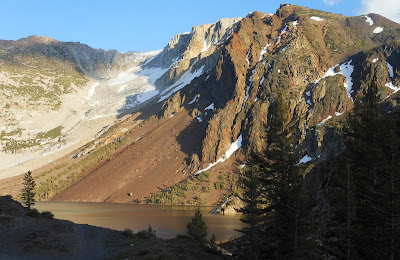 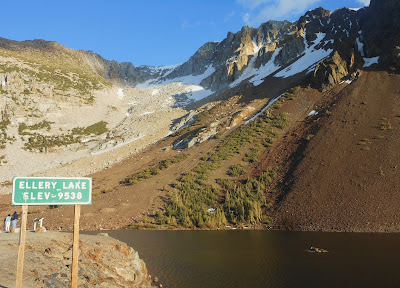 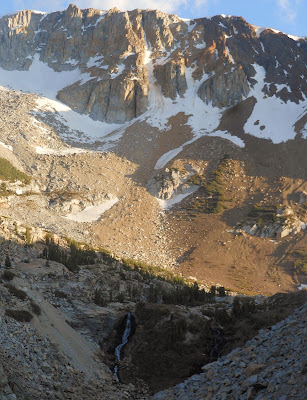 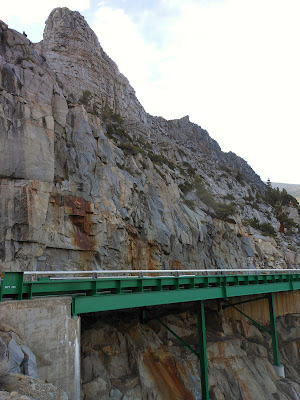 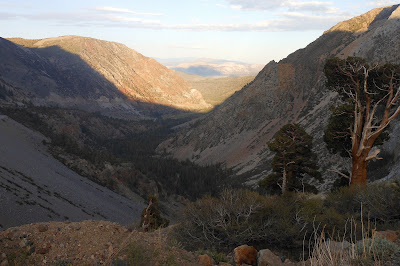 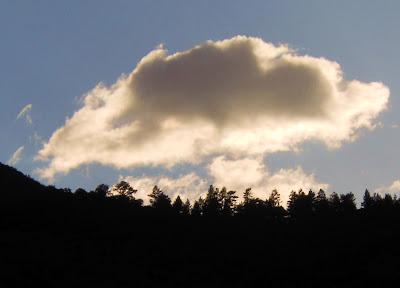 Sunset
At the bottom is a gas station, but not just any gas station.  The Whoa Nelli Deli was here!  A gourmet style restaurant position right in the food mart of the service station.  For hours, dozens of mile and tens of thousands of elevation feet there was nothing, until now.  Ayden and I enjoyed our lunch and dinner at the same time.  By the time we were done, the sun had already set.  Fortunately, we had motel reservations in Mammoth.  I planned the trip wisely, we made it to camp and finally took a shower for the first time on this trip.
Tomorrow we will climb above 11,000 feet.  Check back soon...
Return to CaliHike.blogspot.com HOME PAGE
Posted by Jeremy Jacobus at 9:42 AM