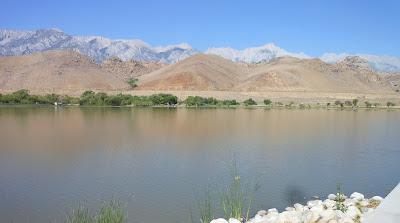 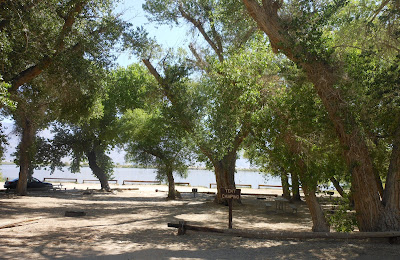 The only shaded spot around the entire lake!

Another look at this boring dead lake...
I took several other pictures but I did not deem them blog worthy.  It was 90 degrees plus outside and there was no true trail or shade for cover.  Near the front of the park is a boat ramp and a small jungle gym.  Ayden was excited to go on it but bees were swarming and when he went down the slide he burned himself.  We began to walk around the lake and concluded that it was dumb so we walked back to the car to drive to the other side.  Other than the view of Whitney behind the lake, this place sucks!  I suppose if I liked fishing and was looking for a sunburn then I might enjoy it.  I am sure glad we camped at Horseshoe Meadows the night before because I picked Lake Diaz as my back up spot.

After Lake Diaz we stopped by the large visitor center which is just three miles south of Lone Pine.  There is a huge model of California and it really brings everything we've done to life.  It's worth the visit to see this 3d perspective that you can't view on Google, or this blog for that matter... 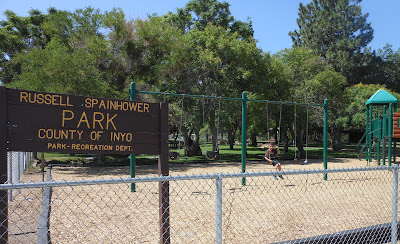 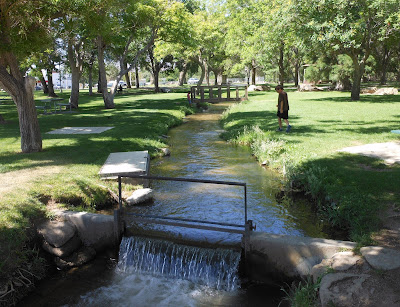 Ahhh, a nice shaded park on the north side of town 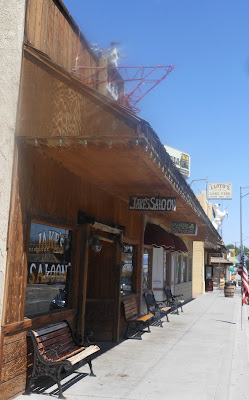 We walked into town, it was so hot.  The bar was closed 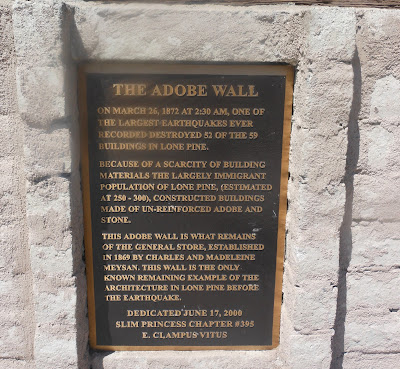 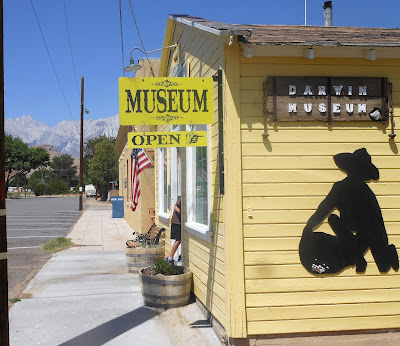 A museum of reptiles and bugs, pretty neat 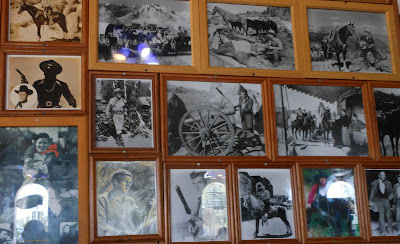 Directions:
Back to Whitney Portal Road and drive about three miles to Movie Road.  We turned right and shortly thereafter, the road became a dirt road.  Any car may drive across these roads.  There are many alternative ways to go but if you keep your witts, you won't get lost... 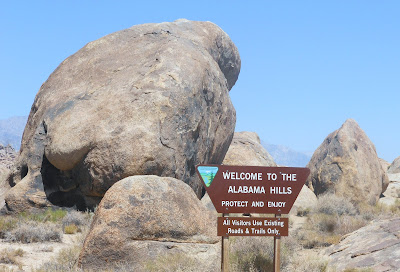 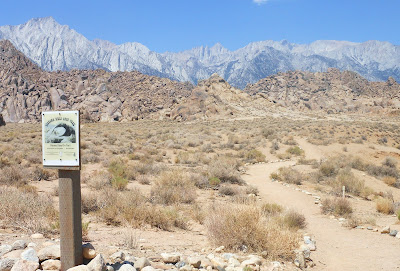 Alabama Hills Arch Trail
The high peak to the left is Lone Pine Peak.  It appears higher than the rigid peaks in the back, but it's not.  Just to be clear, the rigid mountain in the middle is Mount Whitney.  We began to hike along this trail for a minute but it was just too darn hot to make a real journey on it.  Thus, we drove around, stopped often, raced up some rocks and grabbed some pictures for you... 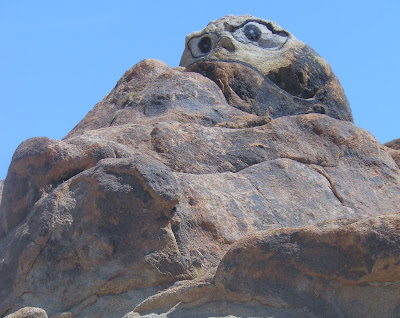 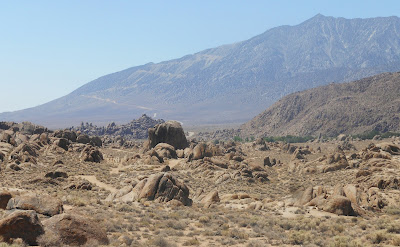 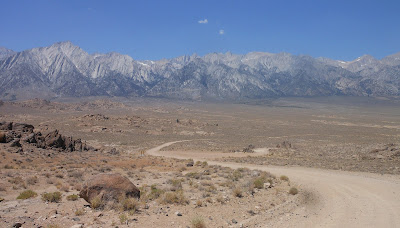 The end of the crazy rock formations 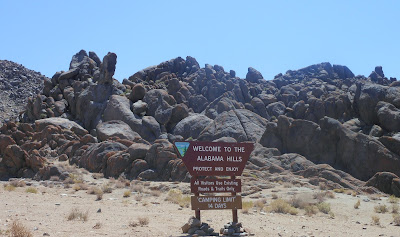 Turning around, time to meet my parents...
I hadn't seen my parents in 18 months, since my Cleveland / Washington DC Trip in late 2010.  They planned a trip out west and the closest meet up point was Lone Pine.  Hence, I planned this vacation to randevu with them here.
After a decent lunch at the Mount Whitney Museum they checked into a small motel in the middle of town.  It reminded me of a hostle.  We exchanged gifts and then swam in the pool.  For being so hot outside, I was surprised how cold the water was.  However, once we were in it felt great!
It was turning to late afternoon and I still had a 4 hour drive back to Ventura.  I love you mom and dad, and this concludes my Yosemite Vacation.  Well, maybe just one more hike in Red Rock Canyon on the way back, but I'll post that later...
Return to calihike.blogspot.com HOME PAGE
Posted by Jeremy Jacobus at 10:43 PM