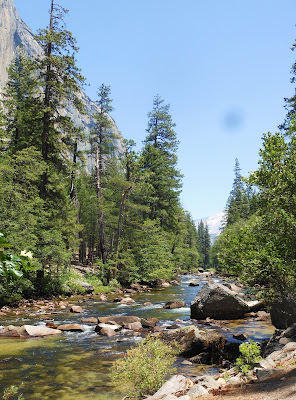 The Merced River
Directions:
From the 41, South of Yosemite, drive North into Yosemite National Park and follow the main road.  We were coming down from Glacier Mountain Road and turned right toward Yosemite Valley.  It was a nice drive and then we reached a long tunnel.  On the other side the valley opened up as seen in the blogpost title picture.  Immediately after the tunnel there is a very busy parking area on the left.  This is a good spot to stop and take pictures.  According to the maps, just across the Pohond Bridge which is just beyond the Tunnel View Parking, there is a trail that you can hike eastward on the North side of the river.  However, we continued driving until we reached Swinging Bridge.  Park your car and let's go for a hike... 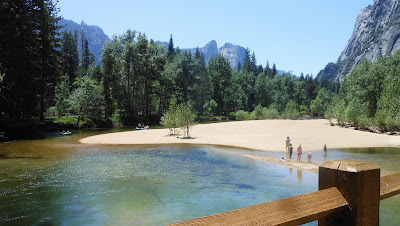 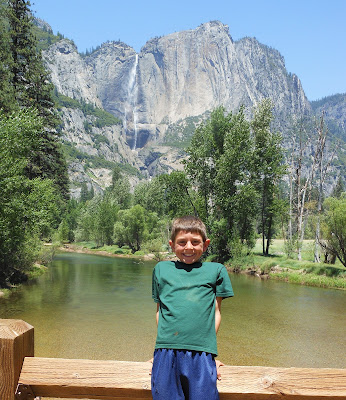 Yosemite Falls above the Merced River 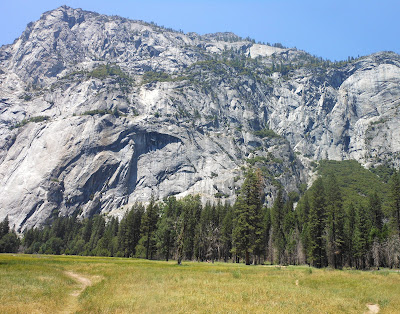 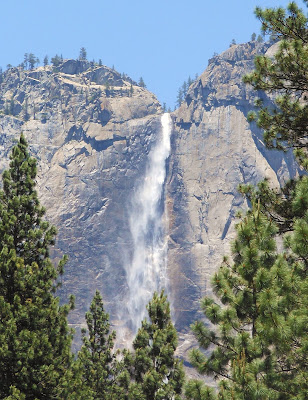 Lower Yosemite Falls
The Trailhead for the Yosemite Falls Trail is not far from here but after walking around and hanging out in this area for about an hour,  we grouped up and left to Curry Village... 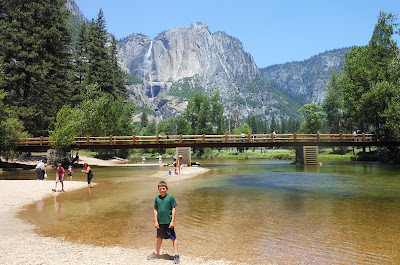 ...However, we'll be back...
Return to CaliHike.blogspot.com HOME PAGE
Posted by Jeremy Jacobus at 6:35 PM