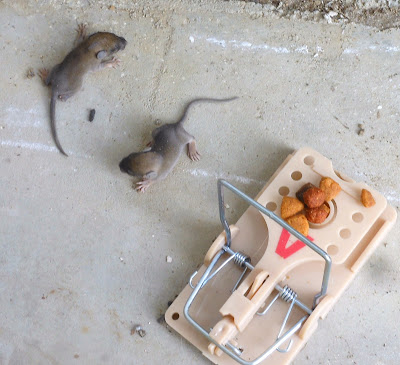 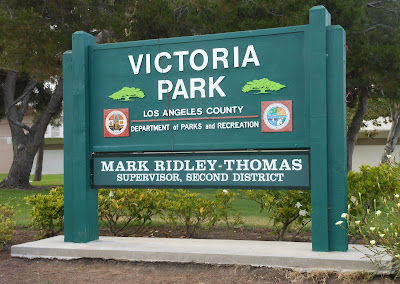 On 192nd Street in Carson
After the LA Galaxy Game we drove just down the street to this park which spans on both sides of the street.  Nothing exciting here, some people were having a picnic for Father's Day but the best attraction here I suppose would be the river, but it's fenced off.  My photos were not blog worthy.  However, around the corner on the other side of the River we found: 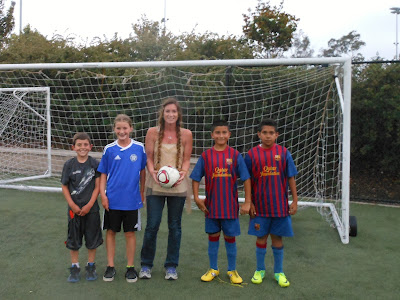 We played 3 on 3!
The artificial fields made for a fun game.  The final score was something like 20 to 17, insane!  We played in the corner where they stored the goals so the field was short, perfect.  Yes, Alyssa is back and she's bad!

I explored this side of the park only to discover baseball fields and another fence separating the L.A. River.  So, how do all those people get trapped and need rescuing in the aquaduct?  After the soccer game the sun was nearly down but I had enough time to walk to the other end of this park where Father's Day celebrations were still happening.  The pictures came out bad so I'm not sharing, but this is a cool park to visit!

Day #581 * Hike #679 * Duplicate Track
Monday June 18, 2012
Arroyo Verde Park - Ventura, CA
My Tripometer: 1 Hour * 3.25 Miles * +425 Feet
Today after work I finally had a chance to run Sammi through the hills.  It was actually quite nice hiking this duplicate route.  However, discovering the rats in our garage was not pleasant.  As seen in my title post picture, these babies were barely born and their eyes were still shut.  The days leading up to this discovery we trapped the parents in the trap.  Fortunately I saved these babies from stumbling into the snap, however I'm certain that their future was short lived after my rescue and displacement.  It was actually quite sad for me :(
Day #582 * Hike #680 * Duplicate Track
Tuesday June 19, 2012
Victoria Tunnel to Kimball and Back - Ventura, CA
My Tripometer: 1 Hour * 5 Miles * +75 Feet
Jess and I parked at the end of Saratoga and began our run while Ayden biked ahead of us...
4.19.94  To the Victoria Tunnel
13.36.49 To the condos where the path truly ends
25.22.81  To the quarter mile split at Kimball Park, we ran up hill...
KIMB Split Times
2.30.24 (up hill push)
2.32.52 (mostly flat)
2.20.85 (mild down hill)
--1.00.75 crossing the street to the next quarter
2.29.53 to the final quarter mile split  -- 33.46.46 Total thus far
We ran the entire time up to this point and based on these splits were were running under 10 minutes per mile.  We finally got back to the car in 58.29.36.  This was our 5-mile time and Jess and I tied.  We walked most of that final mile.  For the record, I used to run this in the low 40 minutes, but that was then....
Day #583 * Hike #681 * New Track #582
Wednesay June 20, 2012
Victoria Tunnel to Kimball and Back - Ventura, CA
My Tripometer: 1 Hour * 4 Miles * +50 Feet
Same deal as yesterday, my legs were sore but we reached the first clocking point a second quicker than yesterday.  At that point, Jess ran away from me.  She clocked in at 13.03 reaching the condos and I was .41 seconds behind her.  Basically she was faster than yesterday and I was slower!  Demoralizing.  I was forced to walk/jog most of the way from there but because of it we turned around at Kimball instead of running around it.  Thus, on the way back I formed a new hike by zigzagging around the Government Center.  From the Telephone side, we followed the sidewalks around and then jogged back down to the tunnel from there.  Something new, and we still managed to finish in 54 minutes!
Day #584 * Hike #682 * New Track #583
Thursday June 22, 2012
Victoria Tunnel to Barranca Vista Park - Ventura, CA
My Tripometer: 1.25 Hours * 5 Miles * +125 Feet
We reached the condos in 13.20 which was 16 seconds faster for me than Tuesday.  With my legs killing, I pulled up at Kimball.  Today we ran across Telephone and walked above the barranca; A new Hike!  When I first started my adventure in November of 2010, Ayden and I hiked along the barranca all the way to Johnson but today we ran above on the legit sidewalk.  The sun was setting but the path was nice.  We turned right on Ralston instead of continuing along the path into Barranca Vista Park.  From there we followed Ralston back to Saratoga and back to our car.  We finished this in just over an hour!
Posted by Jeremy Jacobus at 4:16 PM