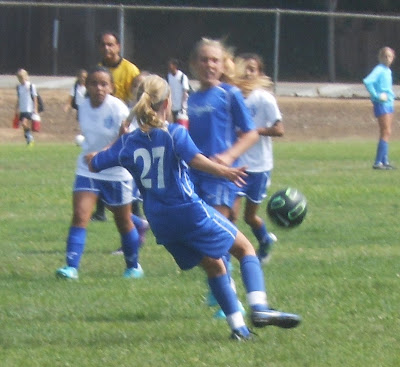 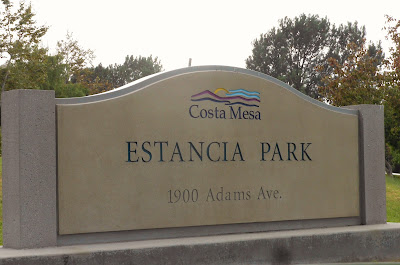 Directions:From the Los Angeles Area, take the 405 South toward San Diego.  Just past Fountain Valley, take the Harbor Blvd exit in Costa Mesa and head south.  About a mile up you will reach Adams Ave. and turn right.  About a mile down Adams you will intersect Placentia Ave & Mesa Verde Dr.  Turn right on Mesa Verde and Estancia Park will be on your left. 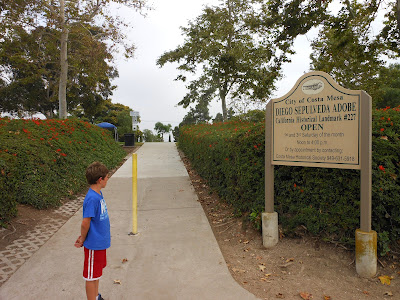 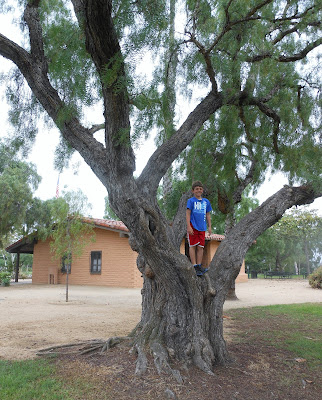 The mission is behind this tree
Ayden and I walked to the soccer fields from Fairview Park.  We were still an hour early for the game so we began our next hike around Balearic Park where Alyssa would be playing.  Beyond the park is a hill and we climbed it to discover Estancia Park and the Diego Adobe which was built around 1825.
We made it back in time for the game and Alyssa started at Center Forward.  This is new for her because she used to be the work house on the Vipers as the starting left or right forward.  She could play each position equally as well because her left footed kick is just as powerful as her right.  However, her new coach felt she would be best in the middle.  There is less running and it really calls on more direct shooting versus sending over a cross for the assist.
Alyssa played well but did not score.  Her team tied the contest 2-2.
Day #607 * Hike #711 * New Track #596
Saturday July 14, 2012
Victoria Vista Park - Costa Mesa, CA
Santa Ana River Trail
My Tripometer: 30 minutes * 1 Mile * +50 Feet 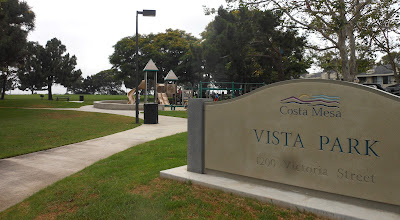 Directions:
After the game we had a 90 minute wait until the late 6:00 game.  So, well Alyssa rested with Jess, Ayden and I went exploring.  We drove down Placentia past Fairview Park and turned right on Victoria.  Just before reaching the hill which lead over the Santa Ana River, we discover a small park.  Here we go... 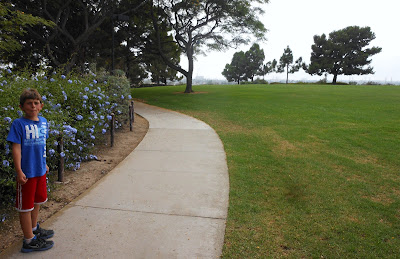 After a brief playground stay, we walked to the back of the park 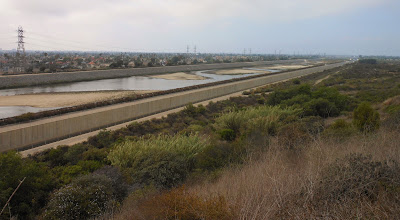 To the right, the Santa Ana River back towards Fairview Park 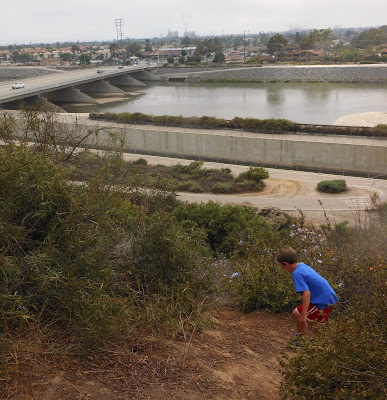 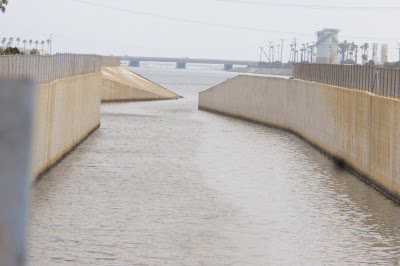 The Santa Ana River all the way to the Ocean!
We met up with the bike path and crossed under Victoria.  We didn't have time to go all the way down and back so we turned back and jogged to the car... 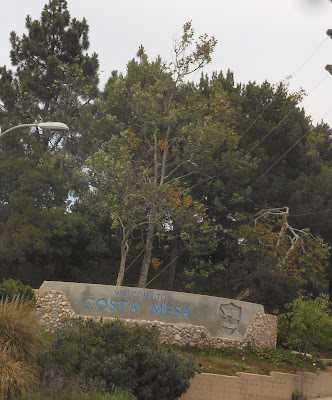 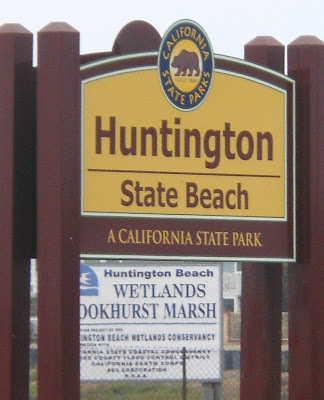 Directions:
From Vista Park, we took Victoria over the Santa Ana and then turned left on Brookhurst.  This ended at Huntington Beach.  I pulled into the parking area but the parking fee was $15!  I got out for a moment, and snapped a picture of the beach... 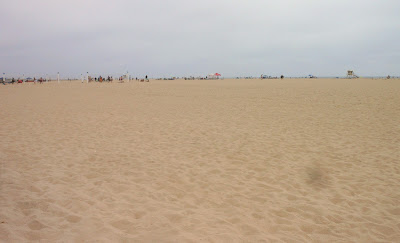 Huntington Beach!
Directions Continued...
From the Huntington Beach Parking lot, I turned right (east) on the PCH and about a mile up we discovered West Newport Beach.  I turned right at the light and then made another immediate right and drove until I could find a free spot on the street.  FREE PARKING! 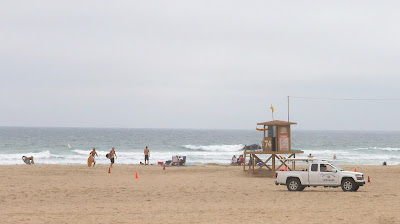 West Newport Beach - This is my hike! 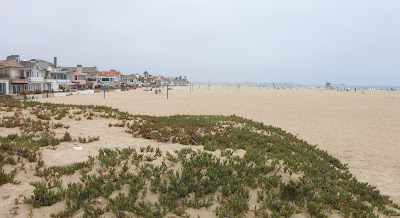 With time running out, I ran my butt off while Ayden played his DS 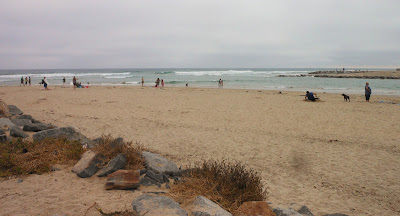 The Santa Ana finally meets the Ocean - I did it!

Newport Pier in the background
I was sweating purfusly and hustled my butt back to the car.  Ayden and I made it back to the soccer fields just in the nick of time to watch the entire game.  The U-12 Camarillo Eagles needed at least two goals and a shutout in order to advance to the semi finals tomorrow.  Although Alyssa did not score, her team dominated the game and won by the score of 2-0!  My girl took several shots but fell came up short.  She took a hard tumble and we all held our breath, but she proved to be tough.  She broke her arm less than four months ago but she's back!  See what happens tomorrow; a truly unbelievable story!!!
Posted by Jeremy Jacobus at 5:14 PM