Day 789: End Of The World in Port Hueneme 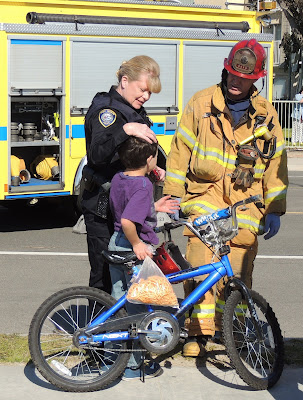 Kid Shaken Up After Accident! 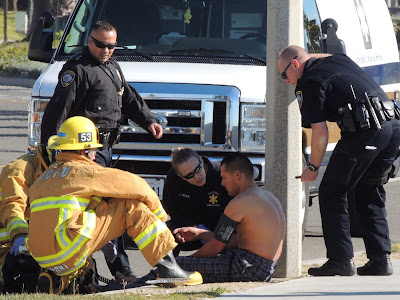 While I was out walking around "Hiking" in the local neighborhoods of Port Hueneme, this random guy was driving around like a Mad Man!  I was nearly back to the store when several police cars zipped down Ventura Road crossing Port Hueneme Road.

I met back up with my wife at the shop and told her that I was going to check it out.  The beach is less than a quarter mile from the shop and this is what I saw: 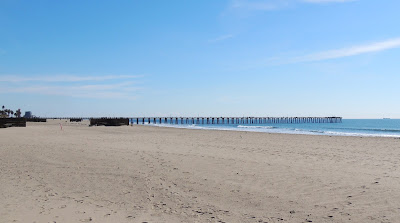 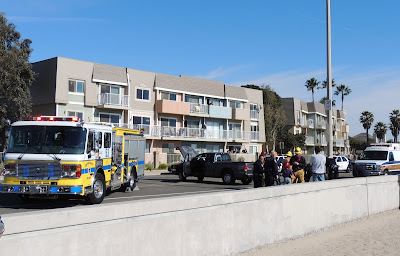 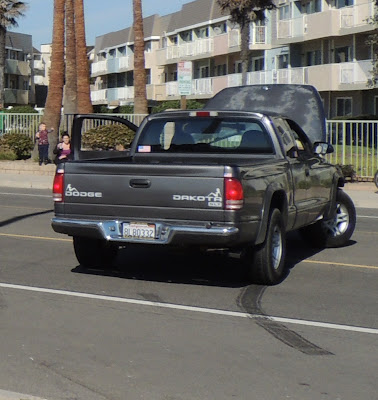 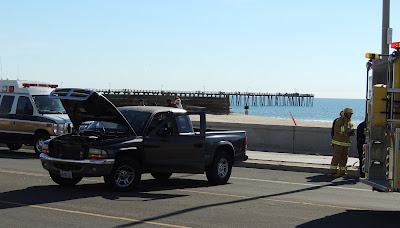 There were many onlookers and I asked some of the locals what happened?  They explained that this guy was driving around insanely screaming about The End of the World!  He then jumped the curb, tore up the grass and ended up here.  Fortunately no one was hurt.

I took the opportunity of talking to our new neighbors to introduce myself and Chill Out Frozen Yogurt.  We had only been open one full day and I was handing out fliers to broaden our exposure.

When I finally arrived back to the shop, I told my wife what happened.  She said, it wasn't a black pick up truck, was it?  I said, Yes!  She explained, that truck was zooming down Hueneme Road and pealing out.  At the time she thought, ooh, you're so cool.  --End of the World, for you buddy!  Not sure if he was drinking, on something else or simply insane.  Either way, end of the world for you.  You're off to jail - See Ya!

Oh, the next day one of those guys came into the Fro Yo shop and bought a Panini.  He told my wife that he got the coupon from a guy who used the accident scene to Guerilla Market the biz.  Lol, guess it worked.  Come again soon - Great Panini's and Awesome Fro Yo!
Posted by Jeremy Jacobus at 9:57 PM