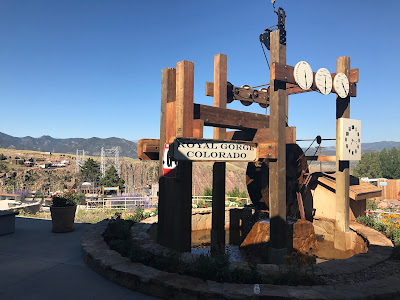 A few years back, I drove over the Mike O'Callaghan-Pat Tillman Memorial Bridge.  It had been my first time driving between Vegas and Phoenix since the year 2002.  Back then, Route 93 traveled directly on the Hoover Dam.  I remembered that route was a two-lane road and if you got stuck behind a slow car, your trip would be miserable.  However, to my surprise, Route 93 had turned into the Interstate 11 Corridor.  This open highway was fast!  Without prior knowledge, I was driving over what I learned later to be the 2nd highest suspension bridge in this country, standing at 890 feet.  Naturally, I researched it and discovered that Colorado had the highest such bridge, thus -- here we are! 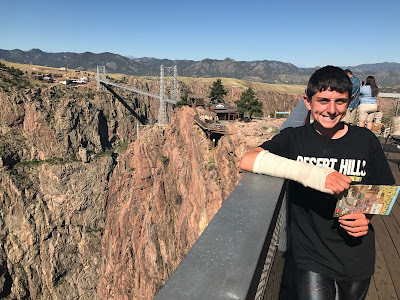 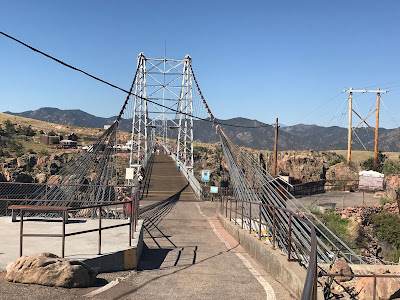 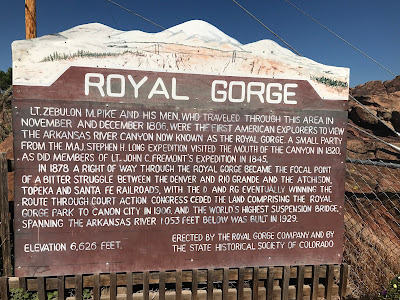 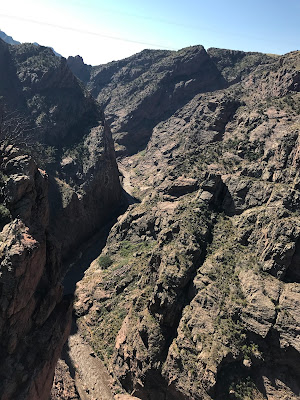 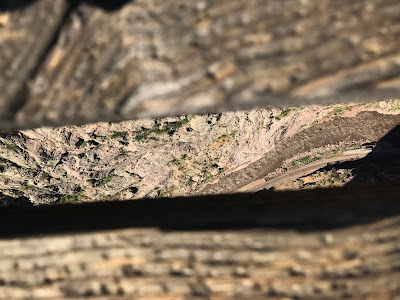 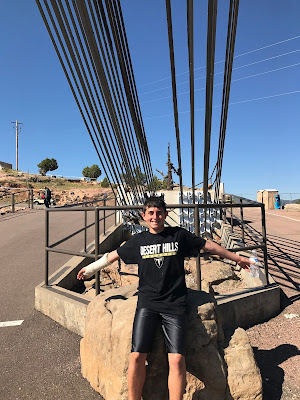 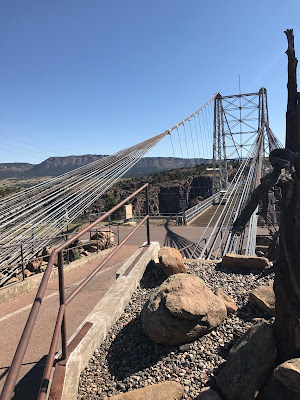 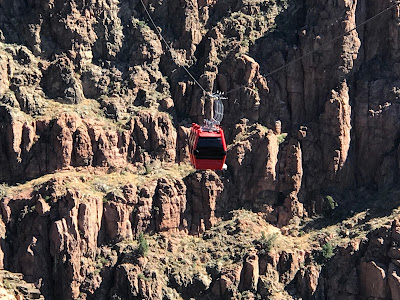 Ayden had trepidation walking across, so I suggested the gondola on the way back.  Another option would have been to zipline, but he used the broken arm excuse.  Ah, I suppose that was viable, since his arm was broken, so we road the red cable train back. 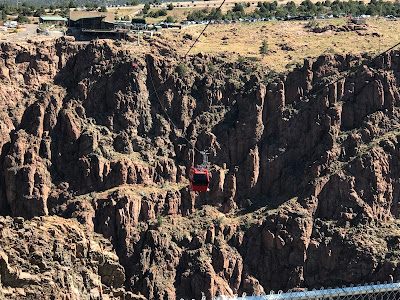 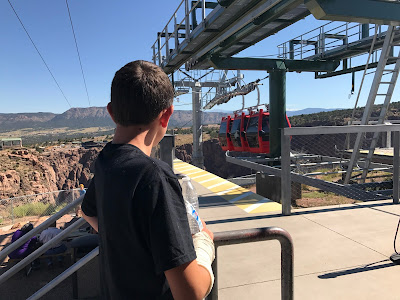 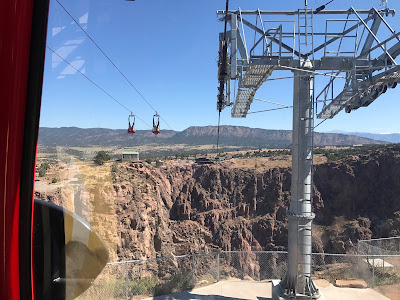 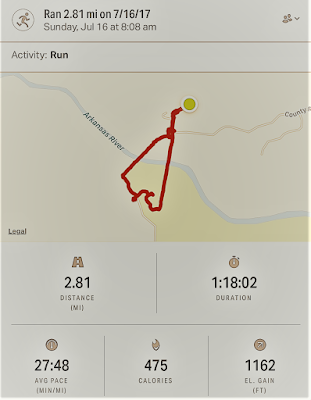 Posted by Jeremy Jacobus at 2:22 PM