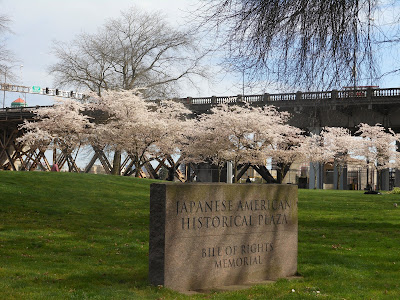 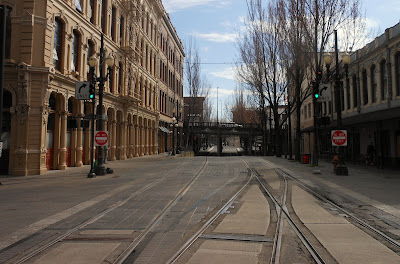 We parked downtown near this train track street 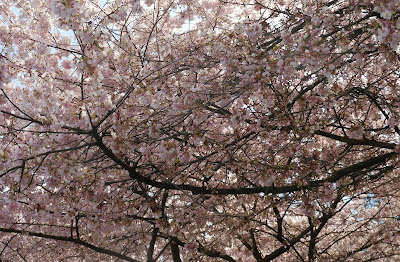 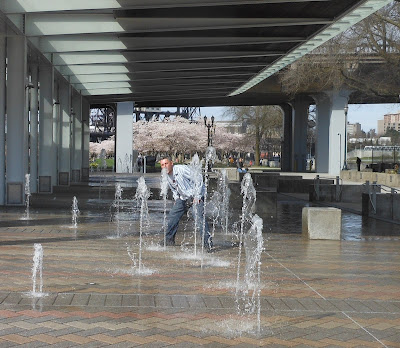 I was playing in the fountain with Ayden, but he ran off before the pic 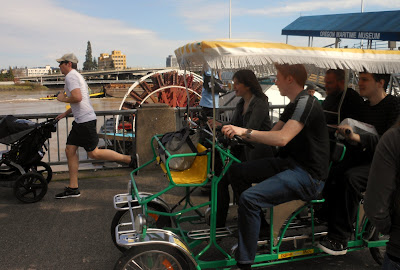 lots going on in this pic, it was suppose to be of Alyssa... 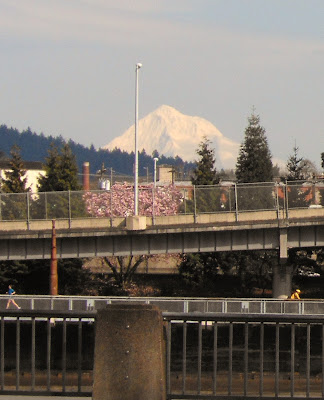 Mt. Hood, from downtown on a clear day 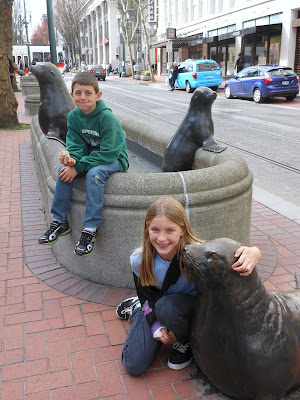 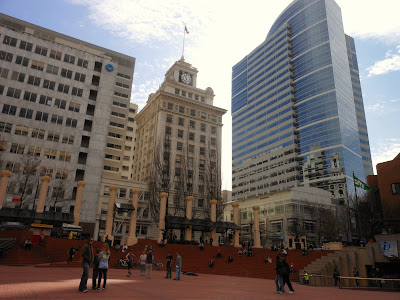 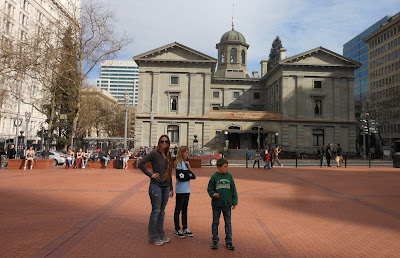 Many odd and ugly people in this town.  Sorry, but it's true!  Pioneer Square was certainly an interesting experience.  There was a young group of dudes playing Hacky Sac.  A Nigerian walked through the middle of the square and chanted some sort of soccer chant?  Homeless people surrounded the corners.  Muslim and other religious and anti religious spoke out about their beliefs.  Tourists like me were looking around and then shying away.  Gay men flaunted purple hair and chains while druggies appeared skeletal with their shirts off.  So, we made our way into the Visitor Center -- This turned out to be an excellent decision.  Since we really didn't have any exact plans, the nice people inside pointed out some waterfalls and things to do.  Awesome -- tomorrow... 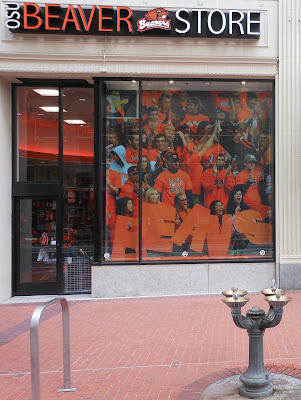 There was also an Oregon Duck Store near the Water
I Like Beavers :) 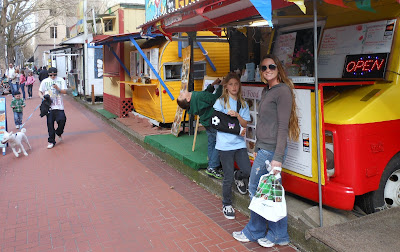 Street vendors - Dinner anyone?
I ate a Gyro -- bahhhh 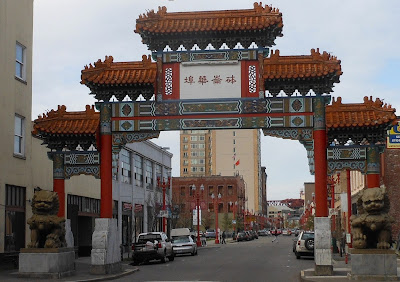 Going down to China Town; and then turned around 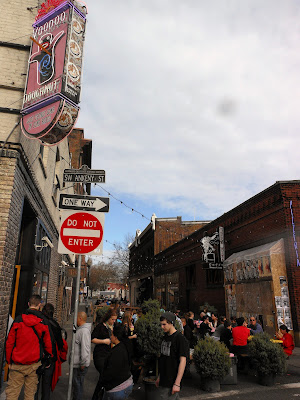 Lined up outside for Voodoo Doughnuts - In the X-Rated District

Bacon on your doughnut? 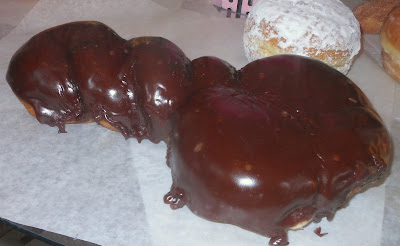 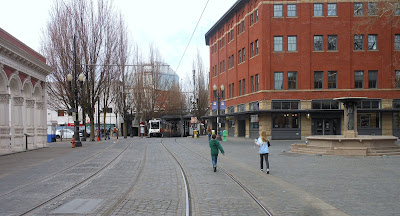 Schlepping around the streets; it's a HIKE!!! 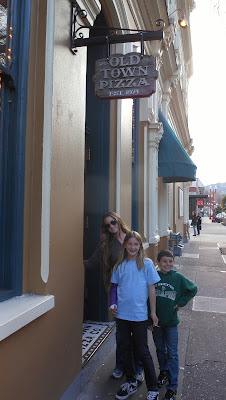 Old Town Pizza - Rumor has it that this place is haunted 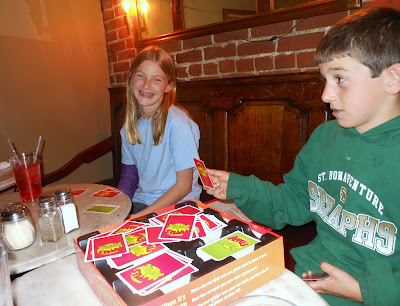 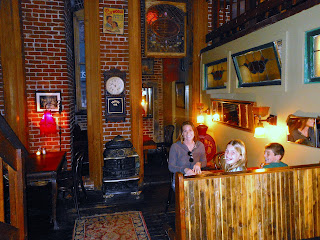 No Ghosts Found...
Parking on the streets of Downtown Portland was cheap.  Just $0.80 cents an hour!  What a bargain compared to most major cities.  Moreover, Oregon has no sales tax and their gas prices were way cheaper.  We got lucky finding a day like today between the rain.  After several hours of exploring by foot, we jumped back in the car for our next adventure...
Posted by Jeremy Jacobus at 6:16 PM