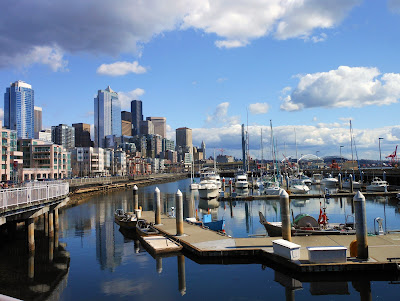 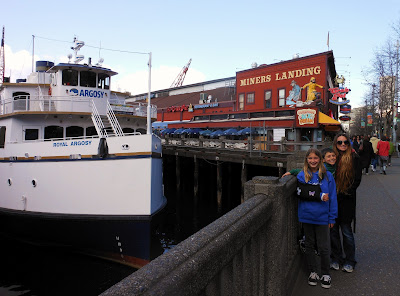 Park on Alaskan Way and make your way around 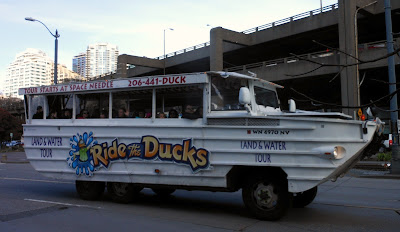 Quack!
I remember riding the Ducks in San Francisco when our kids were younger.  It was cool because they let the kids captain the boat in the water.  We opted not to participate in Seattle.  Instead, we hiked! 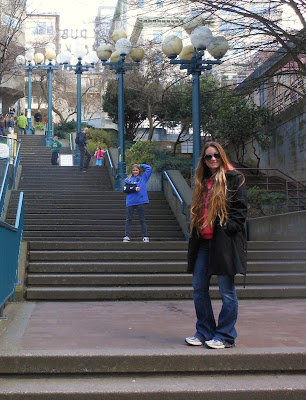 Climb to the Pike 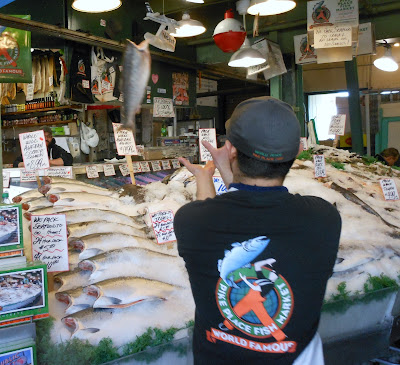 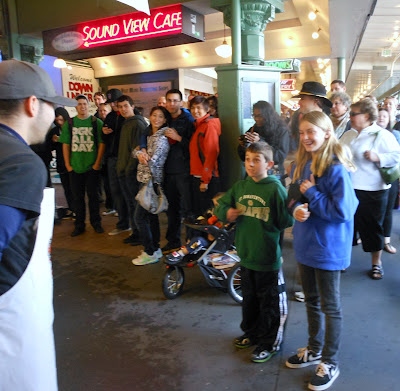 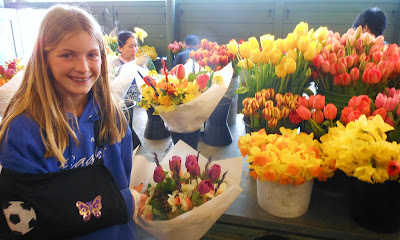 She just blends right in 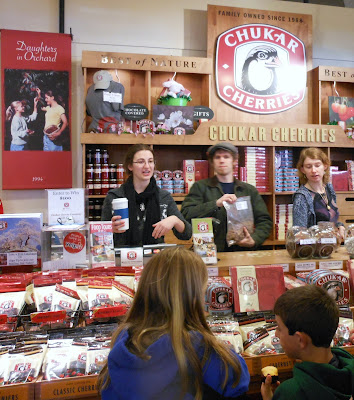 $10 Choco Covered Cherries, but they good! 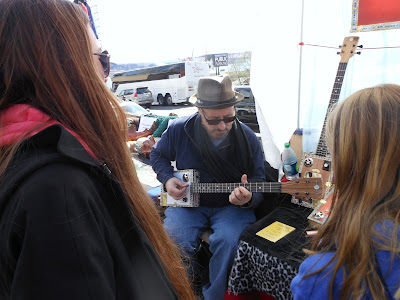 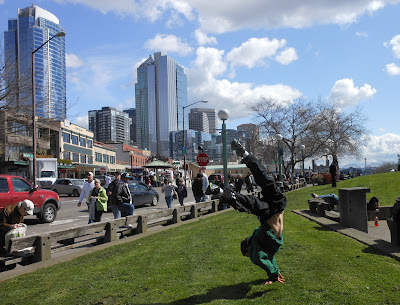 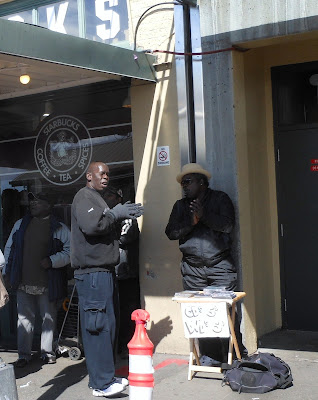 Outside the First Starbucks Ever! 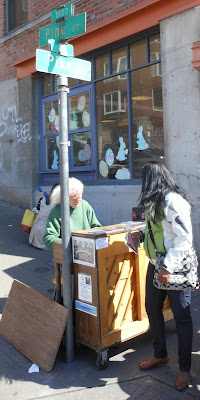 Just trying to make her way through life 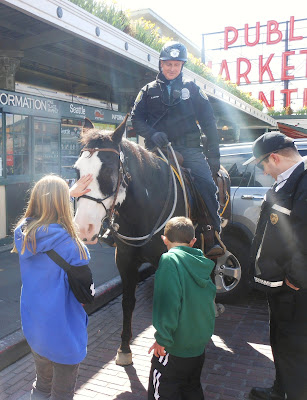 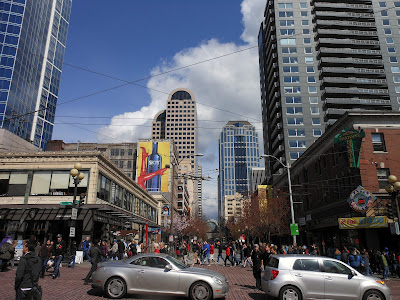 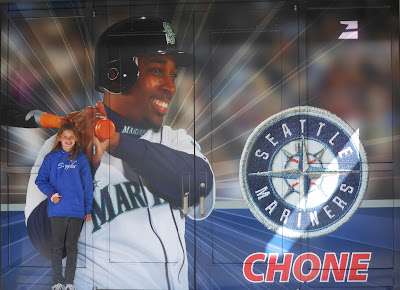 At Safeco Field
After a long tiring walk around the Pike and below, we drove down the street and found the baseball and soccer stadiums.  Luckily, there were no games going on because the road was jam packed as is.  After our brief pit stop, we thought about going to Pioneer Square but then said, nah...  I asked the kids to tell me which way to turn.  Ayden said, "Right", Alyssa said, "Left".  Jess said, --- well she didn't say anything so I assumed that meant straight.  The kids continued, navigated me over a train track and then up a hill.  My next post will reveal where we ended up...﻿
Return to CaliHike.blogspot.com HOME PAGE
Posted by Jeremy Jacobus at 7:48 PM