Searching for Bigfoot in Hoquiam 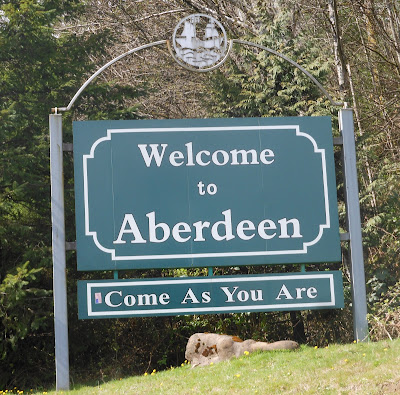 "Come as You Are"

As you enter the town of Aberdeen from the East on route 12 (coming from I-5), you will pass this sign.  Obviously these are lyrics from Kurt Cobain but I don't know if the song came first, or if these lyrics were always posted on this sign? 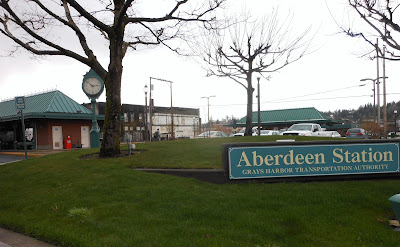 Take a walk around the town 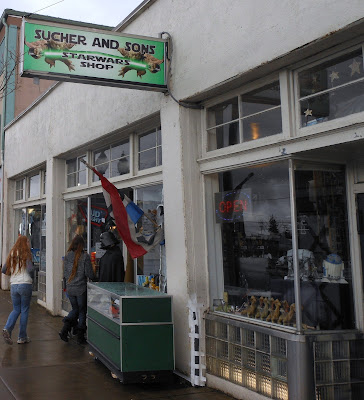 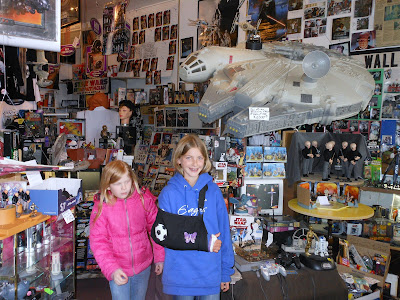 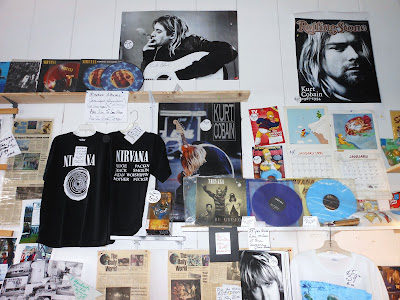 The owner of the store told me that Kurt Cobain once worked for him.  The owner at the time operated a moving business and Kurt showed up for work but on the first day, he quit.  He decided to stick with his love for music because manual labor was not his thing.

Kurt grew up in Aberdeen and often wandered and lived under the bridge in the picture below.  Finally in 2011, they dedicated a statue and this park to him: 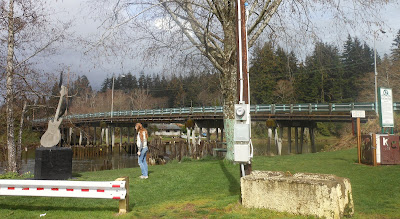 Riverfront Park on the Wishkah River 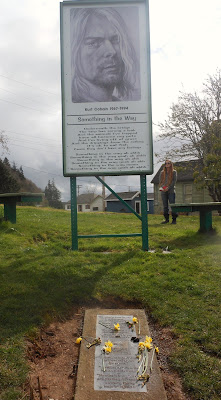 <~PICTURE DELETED~>
In the upper right hand corner under the bridge is a man
(Is this the ghost of Cobain?)

Back in the car heading north on the 101 toward Hoquiam you will see this muffler shop on the right.  This place is significant because it was Kurt Cobain's first job ever.  Notice the building on top of the hill in the center of the pic.  That is the hospital Kurt Cobain was born in. 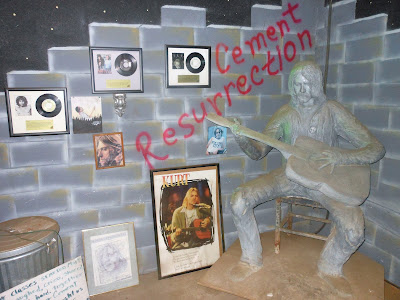 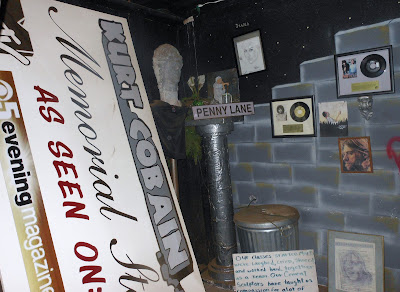 This place is completely hidden from the public and the only reason why I knew about it was because I stopped in the Star Wars Shop.  The owner made a flyer with pictures that describes all the key locations that Kurt Cobain was tramped.

Someone I talked to knew a guy that went to school with Kurt.  He described the guy as "strange".  He would hang out with the other guys but turn his head into the wall, jam on a guitar and sing to the top of his lungs right into the wall.  I was never really a Nirvana fan but stomping across history like this is always neat! 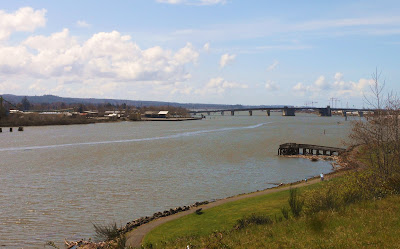 The river from the Hoquiam side

So, I know I took this real cool picture of a logger trucking down the 101 right out front of Sasquatch Pizza & Wings.  However, the only picture that came out is the blogpost pic of Sasquatch Xing.  We went inside to consider eating there and no one was at the register.  The lady was sweeping in the back, stepped forward to the counter and asked if she could help us.  We said, "one moment".  She then walked briskly toward the back and yelled from her backside, "just yell when you need me".  She then continued sweeping.  The place did not smell great so we left and ate at McDonalds.  I know, horrible story but what are you going to do...


<~PICTURE DELETED~>
Leaving Aberdeen - saying goodbye to the cousins
RETURN to CaliHike.blogspot.com HOME PAGE
Posted by Jeremy Jacobus at 9:24 AM