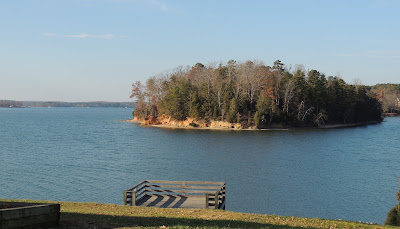 An Island off the coast of Windjammer Park 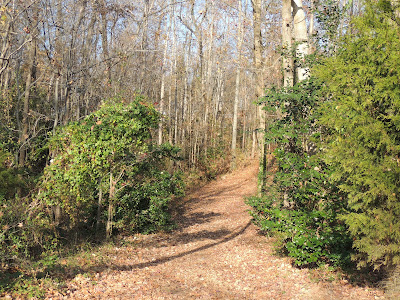 Tega Cay is a small community nestled on the southern end of Lake Wylie which is just north of Rock Hill, South Carolina.  Our first pit stop was Pitcarin Cove Beach.  Basically this is nothing more than a boat ramp and dock.  I wandered around for a mile to discover a private residential cove with more docks. 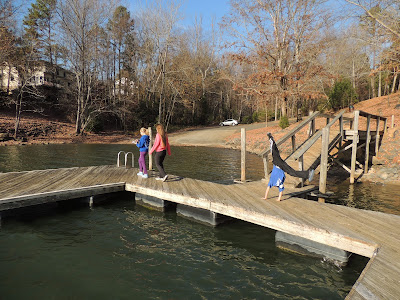 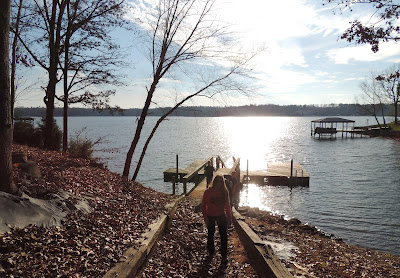 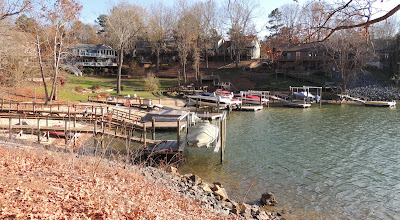 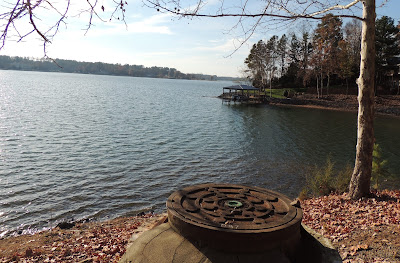 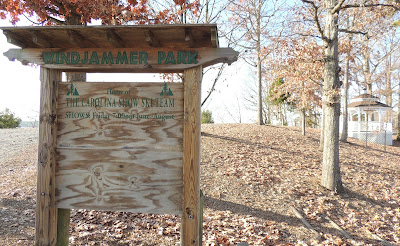 Of the two parks that we visited in Tega Cay, Windjammer takes home the prize.  Walk to the north end of the peninsula and you will be looking out over Lake Wylie into North Carolina.  This is the Northernmost point that we reached on this trip.  Other than a brief 40 second drive through North Carolina when I climbed Sassafras Mountain, we never actually stepped foot in the state.  However, I could see it :) 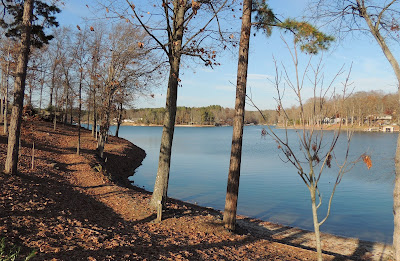 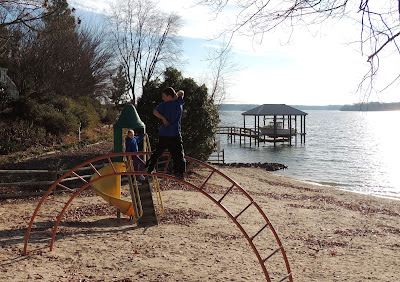 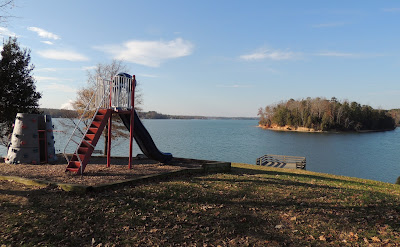 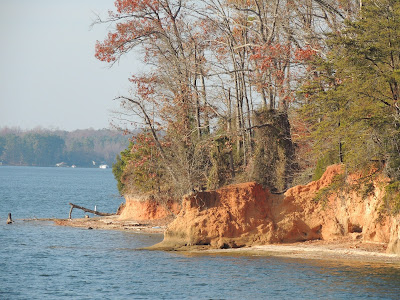 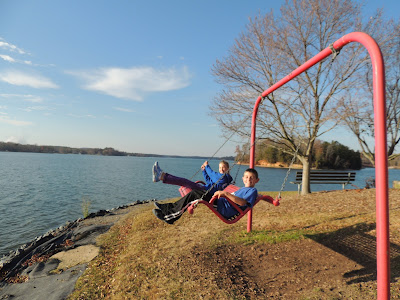 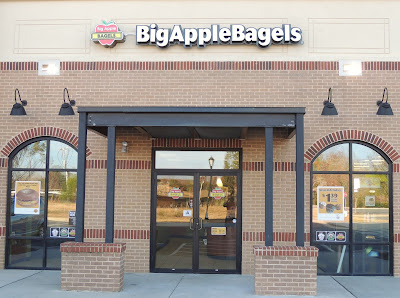 BABB
The most ironic thing about this discovery is that we were talking about Big Apple Bagels when driving out of Tega Cay toward I-77.  At that very moment, Alyssa looked up and somehow spotted Big Apple Bagels in the shopping center.  I don't know how she noticed it because it was obscured by another building.  In addition, she had been looking down playing her DS and for just that one moment she looked up and yelled out.  What a coincidence, the fact that we were talking about it.
So, what's the Big Idea with Big Apple Bagel?  Hmm, can't really tell you yet.  I can say publicly that the Ex Dividend date on the stock is 12/13/2012 and today is 12/12/12.  You can still buy in now to take home the prize.  They announced a special end of year dividend, like they always do.  You will receive a total of 5 cents a share and the stock trades at .65 cents.  Of course, the stock will go down to .60 cents after the dividend but long term, this stock is a gem.  I will say nothing else about it at this time.  Do your own DD...
Posted by Jeremy Jacobus at 5:14 AM