The mighty Colorado uses other lakes as well to continue it's course to the Gulf of Mexico.  But first, from Glen Canyon, it flows through the Grand Canyon and then into Lake Mead, where it picks up again as a River after the Hoover Dam.  There it flows to Lake Havasu before it finds its way out again.  Since I have now pretty much been to all these places, I think I get it...

The RV Trip Continues...
**After Zion, we camped at some random spot along the way.  About an hour or so into the morning drive we came across Glen Canyon.  I took the opportunity to walk around for a bit and then have breakfast.  From here, it would only make sense to head over to the Grand Canyon.  From Rt. 89, if we would have taken Route 64 to Grand Canyon Village and looping back the 180 to Flagstaff, it would have been no different than the Montana Scenic Route that we took at the top of the trip.  However, for some reason, we did not do this?

Nearing Flagstaff, with the sun still not all the way into the sky, I realized what a bonehead move that was,  But then, an opportunity that I could not pass up.  We saw a sign for Sunset Crater Volcano National Monument: 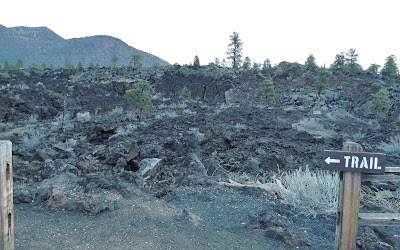 We drove in about five miles or so, took a short hike and checked this one off our bucket list.  Okay, so that was sarcastic, but the area did remind me of Hawaii - specifically, the lava flow outside of Kona.  Pretty cool - didn't realize this place even existed.  Figure I can always visit the Grand Canyon whenever.  But who can say that they were at Sunset Crater at sunrise?  Ah?  Ha :)  Yup - YAY 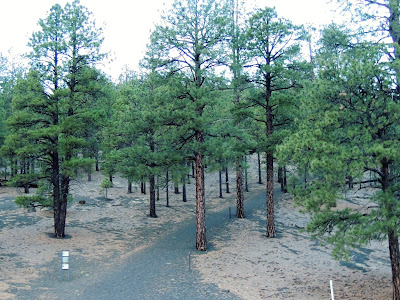 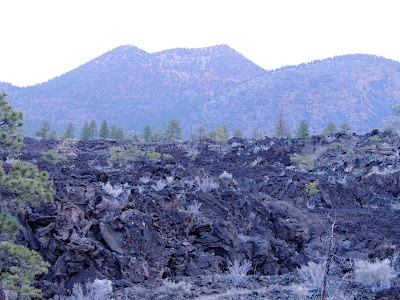 Back to the ride: 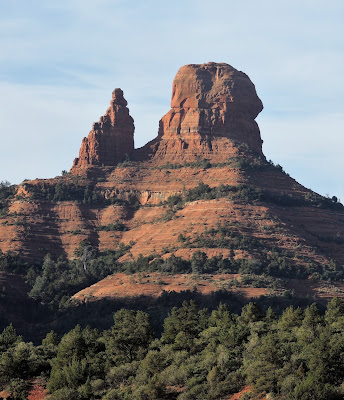 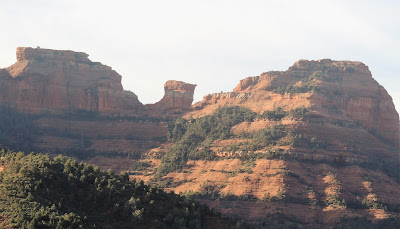 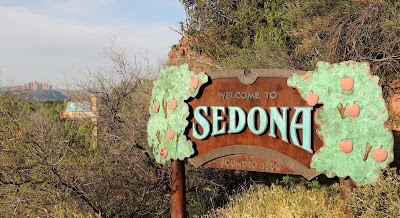 You guessed it, Sedona! 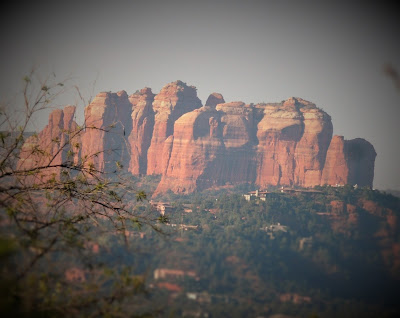 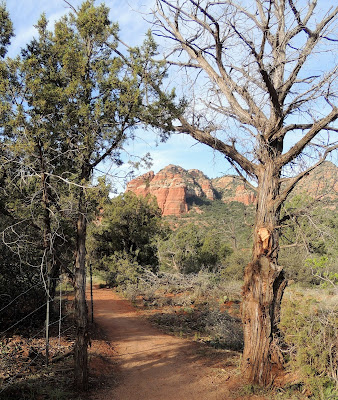 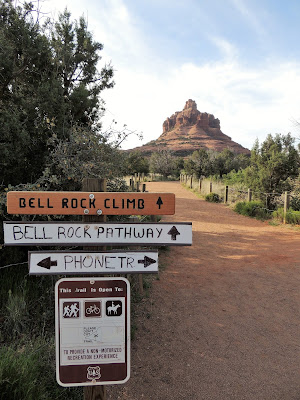 Well, after Bryce Canyon, Sedona seemed pretty weak - but it was still a site to see, no matter what!  No complaints, find a short hike and a coffee shop to make it real. 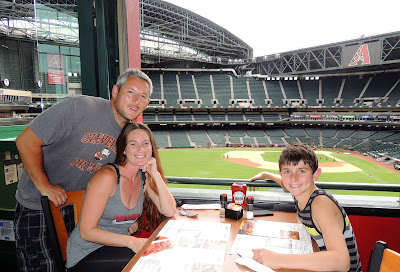 In downtown Phoenix, we ate lunch at Fridays, which overlooked the stadium.  We considered staying for the game later on - but instead watched the baseball players intense warm ups: 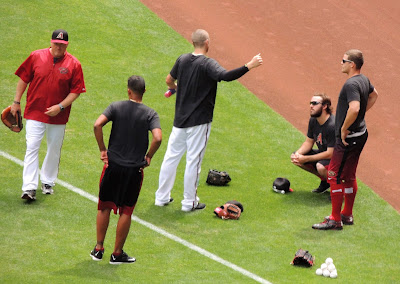 Ya, don't strain anything guys.  I know you can't help it though - it's baseball.  No, I am not a hater.  It's a sport and it does require much skill - precision throwing, catching the ball which is no given and pinpoint hand-eye coordination.  For me, I used to throw that ball 90 miles per hour.  I even accidentally taught myself how to throw a screw ball and some other random flights of pitch that moved the ball with a reverse spin.  However, I was never consistent, nor did I toss in any games.  --Good Job guys for making it to the Big Leagues!  It does require much dedication, chance, skill and luck - which I did not have patience for. 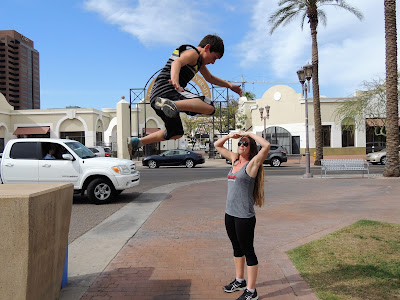 -You really can do whatever you decide, even if you are not good at it!
Posted by Jeremy Jacobus at 5:34 PM