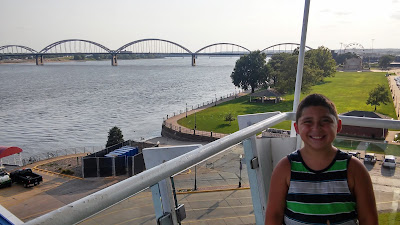 This park was a break in the drive for us coming back from the Caves, a blogpost that a recently wrote about.  We walked around this area for awhile - pretty neat but also houses some folks that are a bit questionable.  I'm sure they're harmless, just fishing for their dinner.

Davenport is part of the Tri Cities, with Moline and Rock Island.  It's an area that deserves a visit and they have a very nice aquatic center, from what I can tell from the pictures.  However, we visited the Bloomington/Normal Illinois park twice instead, too cool off from the humidity.  Normal is closer to Peoria, which is where we were staying and by the time we reached Davenport, it was nearly sundown - thus missed the chance... 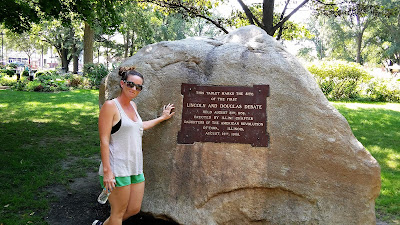 This was a random spot on a different random day.  This park represents the area where the famous Lincoln - Douglas Debate was held.  If you are into history, there are many readings here that explain what happened... 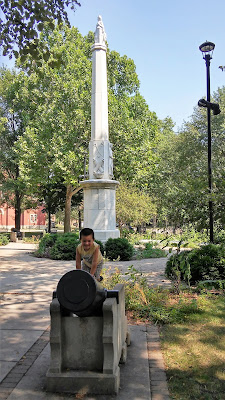 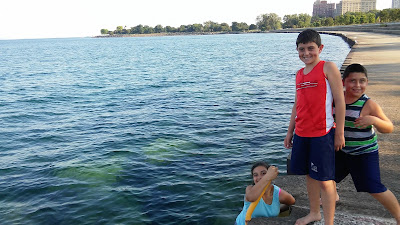 Finding a place to park was very difficult, but we did, walked over the freeway bridge and touched the waters of Lake Michigan.  All readings suggested that we should be able to see the shipwreck from here.  We walked up and down the lakefront but could not find the disaster from the early 1900's.  According to research, the tip of the boat rises above the water.

We asked a couple of local cops patrolling about the whereabouts of this ship, and they had never heard of it.  I asked where they were from, they said, "Chicago".  I insisted that the wreckage was here, just off shore - but they were like who cares - whatever... 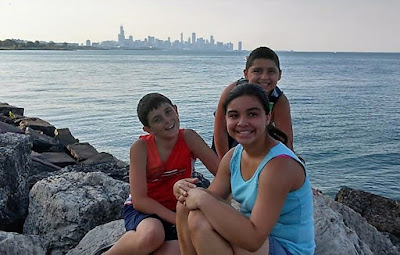 Posted by Jeremy Jacobus at 5:59 PM